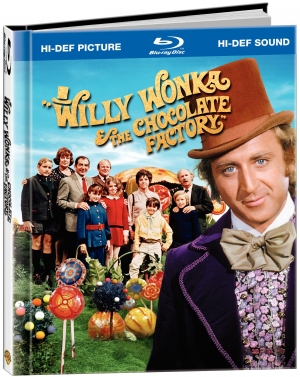 The release will also be provided with a host of extras including four sets of sing-a-long song lyrics, a retrospective documentary, Wonka kids commentary and more.

Complete technical specifications are not yet known, but Warner’s usual high definition VC-1 video enco0ding and Dolby TrueHD lossless soundtrack can be expected.