Win a Copy of The Courier on Blu-ray [Ended]

We have been provided with three (3) copies of Well Go USA Entertainment’s The Courier on Blu-ray Disc and are providing our readers the opportunity to win one (1) of those copies! Please see below for more details on the disc and for how to how to enter. 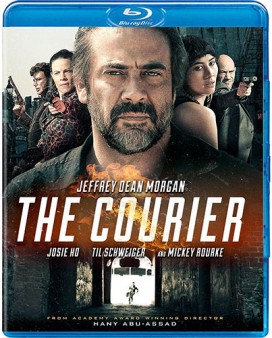 Synopsis:
The Courier (Jeffrey Dean Morgan) is delivered a mysterious suitcase that must be delivered to the world’s most dangerous assassin, Evil Sivle (Mickey Rourke). After several escapes and attempted killings the FBI gets involved. Is the assassin an old friend beset with revenge?

THE COURIER has a runtime of approximately 97 minutes and is rated R for violence, including some torture and language.