Win a Copy of Wind Blast on Blu-ray (Ended)

We have three (3) copies of Wind Blast on Blu-ray from Well Go USA to giveaway. Enter now and you can be one of three lucky winners (1 copy each)! See below for details and how to enter. 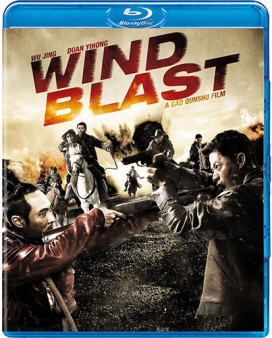 Synopsis:
Cold blooded killer Zhang Ning sneaks back into China to blend in. He is quickly pursued by two fierce and brutal bounty hunters. A grisly battle ensues between the killer, bounty hunters and cops. After a flurry of gunfights, martial arts combats, car chases, equestrian acrobatics, and pyrotechnic extravaganza, many a life will be lost and much honor and glory won in this grimly exciting Chinese Martial Arts Western that should not be missed.

Wind Blast has a runtime of approximately 118 minutes and is not rated.