Win a Copy of Wu Dang on Blu-ray [Ended]

We have three (3) copies of Well Go USA Entertainment’s Wu Dang on Blu-ray Disc available and now’s the chance for three lucky readers of Blu-rayDefinition to win one of those copies! See below for further details on this title, on how to enter, and read our review here. 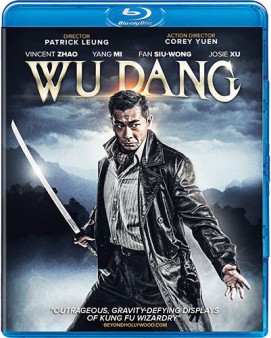 Synopsis:
There is a rumor:  secret treasures hide in Wu Dang mountain. In the early days of Republican China, an American man – greedy for gold and hungry for riches – brings his daughter, a prodigy in martial arts, to compete for a championship title in kung fu combat, while planning to find and steal the riches for himself.  It won’t be easy. Fierce competition, dedicated protectors, and unexpected romance block the path to the Wu Dang fortune, and when the true nature of the prize is discovered – everything you know about martial arts will change forever.

WU DANG has a runtime of approximately 101 minutes and is not rated.