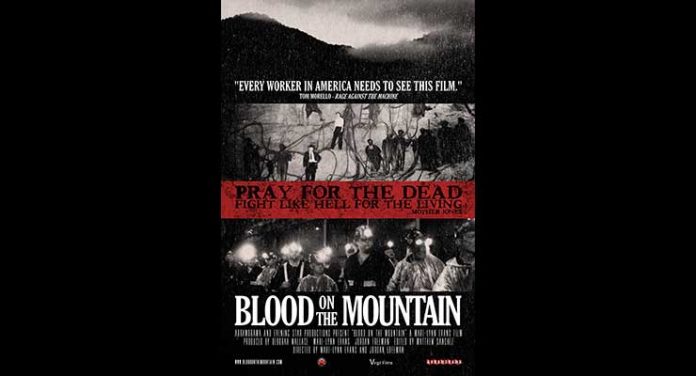 Blood on the Mountain reveals that coal mining is a dark, dangerous, and often duplicitous business. This documentary film probes the coal mining industry and opens up a Pandora’s box of harmful practices, social and economic injustice, and profound effects on the local and regional environment. Writers/directors Mari-Lynn C. Evans and Jordan Freeman have meticulously pieced together film footage that covers most of the 20th century, enhanced by a series of brief interviews with miners, miners’ family members, mine owners, safety inspectors, union officers, and politicians.

Danny Mcateer, former Head of the Mine Safety Health Administration introduces the history of the coal mining in America. Richard Trumka, former Head of the AFL-CIO, describes the harsh conditions that the early-era miners and their families had to endure in towns, houses, and stores entirely owned by the mining companies. The mountain referred to in the film’s title is Blair Mountain in West Virginia where a major battle between miners and US Army troops was waged in 1920. Despite some successes by the miners, the federal government sided with the mining companies and made conditions even worse for their employees. Besides daily risk to life and limb, silicosis or “black lung” was one of the many health hazards of mining but this did not deter depression-era men from seeking work in the mines. Rev. Matthew Watts describes the unabashed exploitation of African-American miners who frequently keeled over, died, and were buried in unmarked graves.

1970s West Virginia Governor Arch Moore whitewashed the Buffalo Creek coal slurry disaster and minimized the Pittston Company’s financial exposure. He was eventually sent to jail for financial malfeasance. A litany of elected officials followed suit in their efforts to help themselves and local mining companies to profit at the expense of the miners. Further threats to the mining communities were presented by large impoundments or reservoirs of toxic water created by new mining techniques that involved far fewer miners who used devices able to level entire mountains and liberate the coal that they contained with devastating effects on the land. 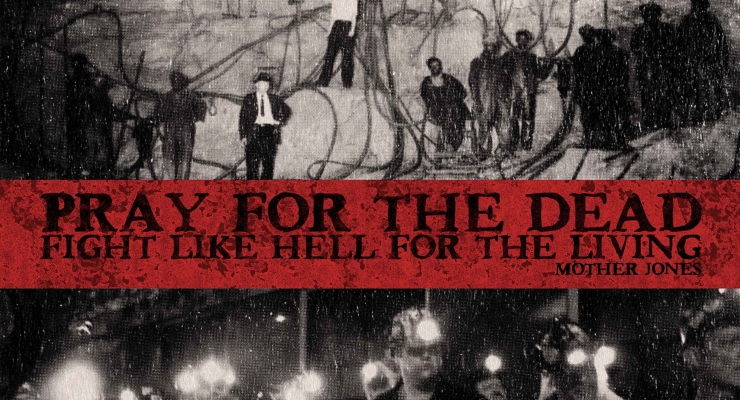 Massey Energy Company, led by Chairman Don Blankenship’s efforts, went on a campaign to break up the United Mine Workers Association (UMWA). Mine inspectors whose efforts to make the mines safer admit in this documentary that the companies and the local governments continually hampered their efforts. The Upper Big Branch mine disaster that left a number of miners dead opened up  investigations that exposed a myriad of safety violations contributing to this and other tragedies. West Virginia Governor (and now Senator) Joe Manchin steered a controversial course between the best interests of the miners and the competing interests of the coal companies. Making matters even worse, corrupt union leaders like William Anthony “Tough Tony” Boyle continued to disadvantage its membership. Over the remaining decades of the 20th century and into the new millennium, UMWA membership declined from 500,000 to 80, 000 of whom all but 14,000 are retired. Looking toward the future, coal reserves will eventually become exhausted, and coal mining will ultimately give way to alternative (and cleaner) sources of affordable energy.

BLOOD ON THE MOUNTAIN is often blunt and brutal as it digs up the “dirt” on an industry that has left many poor people in its wake and is now under siege by environmentalists and EPA regulations. As this documentary properly points out, the real victims are the miners and their families who have long been abused by mining companies and abandoned by their elected officials. This is a powerful film that every American should see to understand what the coal industry is really about and how, in one way or another, it affects not only the people of West Virginia but, by implication, all of us. Highly recommended. Available on DVD and Digital (2/21/17).