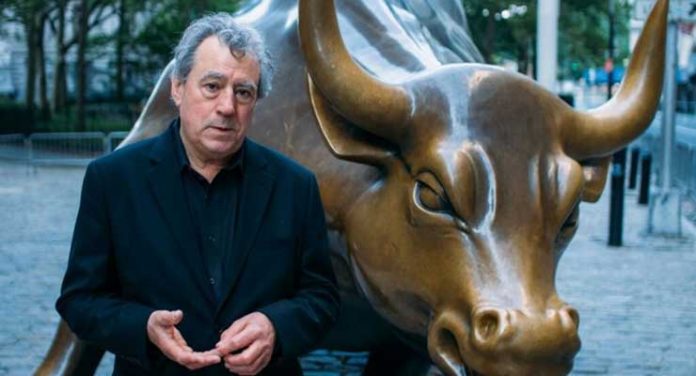 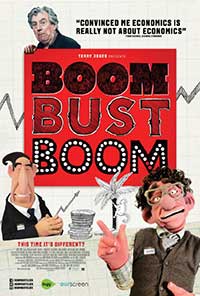 Narrated by Monty Python member Terry Jones, Boom Bust Boom is not only a history of previous financial crashes, but it’s also a lesson in how not to repeat the mistakes of the past. But it’s human nature to do so, as according to Jones it drives the economy from crisis to crisis time and time again. Jones says that every generation think it’s smarter than it’s parents and grandparents, but are they?

Several talking heads discuss the world’s financial markets and the economy and what’s been missed and what’s ahead. Actor John Cusack, along with Nobel Prize winners and the Chief Economist of the Bank of England bring real urgency and knowledge to the documentary, and it’s Jones’ authoritative voice (and well-written script) that seals the documentary’s credibility in explaining it’s subject matter.

Ours (and our parents and grandparents) have never had to live through a 1929-like crash and a 1930’s great depression. We’re lucky we are cleverer now and should know how to avoid these types of accidents, but Jones raises the question – are we?

Economist George Magnus points out that in 1928 under U.S. President Calvin Coolidge the U.S. had the highest record of prosperity, but look what happened the next year. Magnus then points out that in 2006 all thought that the economy was healthy and vigorous, but what nobody knew was that the worst crisis to hit a western economy in decades was just around the corner — the subprime crash where banks lent money to people to buy houses who couldn’t afford them. Banks were basically issuing so-called ninja loans — no income no assets — where banks would earn fees and then the investment banks would in turn make money after repackaging mortgages and selling them on. This crisis led to the collapse of Lehman Brothers. It also led to the rescue of several U.S. banks who received money from the U.S. government: about $300 billion was lent to Citibank in the way of loans, AIG received $180 billion, Bear Stearns was taken over by JP Morgan for a song, Merrill Lynch was absorbed by Bank of America, and RBS was rescued by the UK government to the tune of £30 billion.

Boom Bust Boom, written by Jones and Theo Kocken, gives us a short history of financial crises starting from the 1562 tulip crises in Denmark to 2008’s mortgage crisis. It’s an excellent documentary that rises above the recent The Big Short which used caricatures and celebrities to tell its story. This documentary should be mandatory viewing for anyone who works in the financial industry.