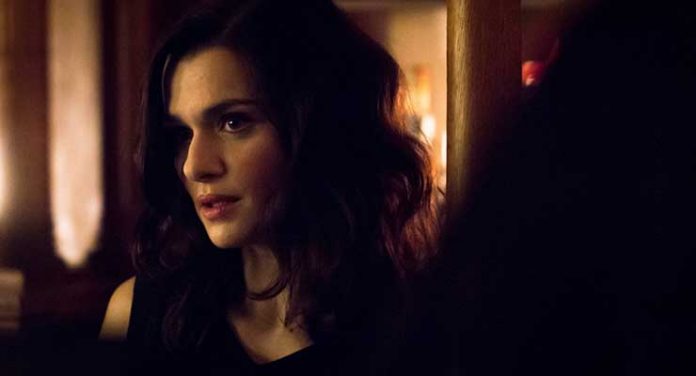 In the opening minutes of  Complete Unknown, Alice Manning (Rachel Weisz, The Mummy) appears in several different guises, including a Chinese magician’s assistant and an emergency room nurse, before “settling in” as a biologist in a New York laboratory. The essential premise of this film is best stated in Alice’s own words: “There is this moment when you are a blank slate; I realized I could be anyone I wanted; I could live a thousand lives.”

Alice and Clyde (whom she met at a diner) (Michael Chernus, Captain Phillips) attend a birthday dinner for Clyde’s co-worker Tom (Michael Shannon, Elvis and Nixon). Shortly into the festivities, Tom thinks that he recognizes Alice as his old girl friend Jenny. Tom is currently struggling with the decision to move to California where his lovely Iranian wife Ramina (Azita Ghanizada, Alphas) has been accepted to a prestigious graduate school program. It is clear that this event has placed significant stress on their marriage, even though it was Tom who encouraged his wife to apply for this position in the first place.

During the course of the evening, we find out that Alice is actually Tom’s former girlfriend Jenny from Canton, Ohio who was romantically involved with him fifteen years earlier. Jenny’s backstory with Tom began when he was in graduate school and she was a classical piano major at another local university. When the dinner party moves to a local bar, Alice/Jenny tries to explain to Tom why she had the urge to become so many people and now why she has returned to see him. 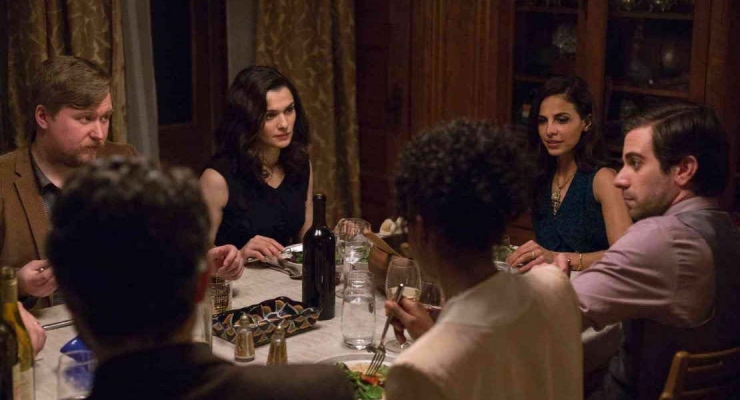 When Alice and Tom leave the bar for a breath of fresh air, they meet an elderly woman Nina (Kathy Bates, American Horror Story) who sprained her ankle while walking her dog. They help the gimpy Nina return to her apartment and Haitian husband Roger (Danny Glover). Alice and Tom cook up fake identities as doctors and as Tom dives into his role-playing, he begins to understand how “Alice” might have gotten so deeply immersed in her many fictitious lives. This film becomes a rather uncomfortable study in total self-absorption that plays on for another half-hour with little or no insight into what makes Alice tick or why she deliberately reinserted herself into Tom’s life.

Writer/director Joshua Marston (The Forgiveness of Blood) takes more than a few pages out of the Catch Me If You Can playbook but in the case of the latter film, there is the mounting tension from the uncertainty of whether its hero  will eventually get caught. Complete Unknown provides no such tension, as Alice’s jig is up early and the only lingering question is the direction in which her “relationship” with Tom might be heading. Rachel Weisz and Michael Shannon are very accomplished actors and, in this basically two-character film, make their very best efforts with a script that could have probed the depths of what human identity really means but rarely gets much below the surface. As I waited for plot twists or personal epiphanies, there was a prevailing feeling of emptiness rather than fulfillment when the end credits began to roll. I am certain that there are still some great films in Marston’s future since his talent has already been amply demonstrated. Sad to say, Complete Unknown is simply not one of them.

Complete Unknown is currently available for streaming on Amazon.