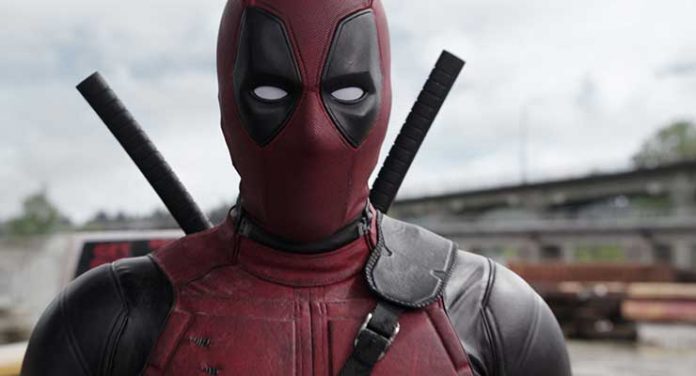 Billed as an anti-hero superhero, Deadpool is also a man (and perhaps a machine?) who takes on the bad guys and who is also out for revenge for an incident that disfigured him years ago. Reynolds, who played the same character in the 2009 Marvel movie ‘X-Men Origins: Wolverine’ is really thoroughly enjoying himself being the 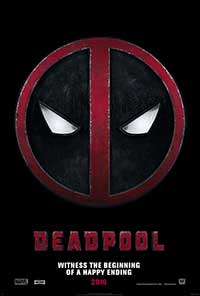 lead hero in his own movie. Deadpool is not an action movie per se like most of the other Marvel movies, it’s also a comedy that attempts, really hard, to be funny. And it doesn’t succeed. It doesn’t help that Wilson/Deadpool breaks the fourth wall and tells the audience what is happening, what is going to happen, why it’s happening, and the background on the happening. It’s a device that never works in any film, especially in a film where all the viewer wants to see is action and excitement and not to hear a voice over it.

Deadpool does deliver lots of slam-bam action in the opening scene where Deadpool is chased by thugs driving cars on a highway where he is practically cornered by dozens of them, being hit by tons of bullets, but never dying. Then we get what should’ve been the movie; Wilson’s meeting and falling in love with female escort Vanessa Carlysle (Morena Baccarin). She’s beautiful and crazy about Wilson. They move in together and start sharing a life until Wilson is diagnosed with terminal cancer. Yes, Deadpool the movie starts to get very deep. He stupidly leaves Vanessa to go for some experimental treatments, which leave him with a horribly scarred face. This is when, and why, he becomes the masked man Deadpool with healing superpowers. 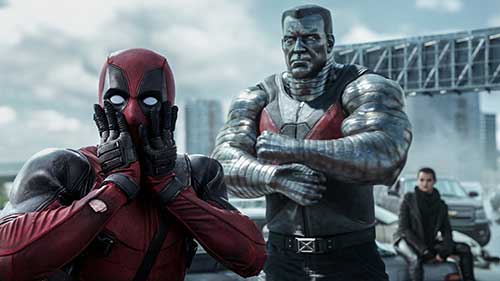 Lots of silly scenes and jokes come right at us back and forth and right and left, with the help of Deadpool’s good friend (and bar owner) Weasel (T.J. Miller) who maintains a blackboard at the bar with updated odds on when Wilson will die. Huh? Anyway, as in all superhero films, there’s going to a huge showdown between the good guys (our Deadpool) with his mates Negasonic Teenage Warhead (Brianna Hildebrand) and mega monster machine Ajax (Ed Skrein) and the bad guys (in this case bad girl Angel Dust (Gina Carano)) where Deadpool attempts to free Vanessa who’s been kidnapped by Angel Dust. But it’s Deadpool who continues with the jokes (he tells Angel Dust “You’re going to do a superhero landing, wait for it” and of course she does). Directed by Tim Miller, whose making his directorial début (!!!), Deadpool may be best for the 15-year old movie brigade who will probably laugh at the jokes that aren’t that funny. The rest of us might marvel (and stare) at Reynolds several nudes scenes. Hey, whatever sells tickets!