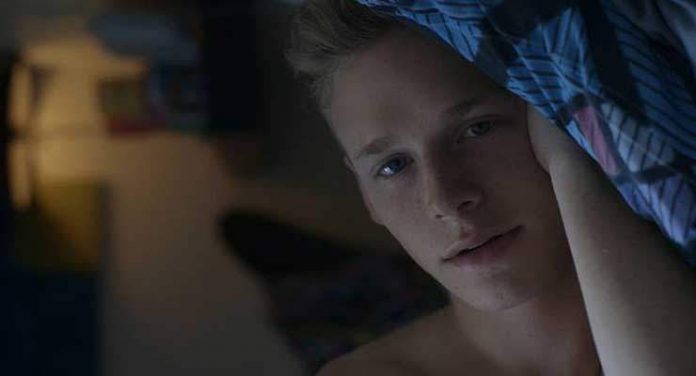 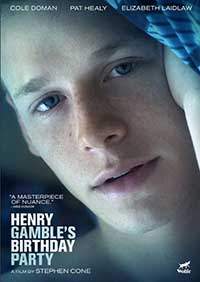 It’s the new DVD/VOD release called Henry Gamble’s Birthday Party where the viewer is an attendee at Henry’s birthday party – or at least that’s what it feels like while watching the film. Henry Gamble (an excellent Cole Dolman) it turning 17-years-old and his family is throwing him a barbecue pool party at their very nice home. Gamble’s family, including his mother Kat (Elizabeth Laidlaw), father Bob (Pat Healy) and collegiate sister Autumn (Nina Ganet), are a religious Christian family where Bob is a pastor and their circle of friends are mostly from the church community, including Henry’s friends.

But it’s Henry’s big day, and lots of people come to the party. But each member of the Gamble family are struggling with issues that may go against their belief in the church. Kat confesses to Nina that she had an affair with a close family friend who was terminally ill, Nina, meanwhile, is having trouble with a guy she likes (and whom she slept with — a no no in her religions’ beliefs), but she’s angry at him for not being in contact. And

Henry is not struggling with but accepting the fact that he is gay. So theirs, and lots of other friends’ issues come to the fray during the party. It’s lots of splashing around the pool, with the young lithe teenagers in their skimpy bathing suits offending one of the older female attendees, while the son of the wife of the husband who Kat had an affair with is having a hard time coming to grips with the death of his father. But all these people come together for Henry, he’s the nicest guy around, good looking enough so that the girls fancy him and the young men want to be his friend, including closeted young Logan (Daniel Kyri), who likes Logan but has a hard time penetrating into his circle of friends. It makes for a lot of celebration and drama in this 86-minute movie.

Henry Gamble’s Birthday Party is a coming out story that’s not all preachy about being accepted for being gay. It’s a celebration and a masterfully directed film not just about a young man who happens to be coming out of the closet but also about the Evangelical Christian community. And Director Stephen Cone masterfully interweaves several stories going on at the same time that’s not a bit confusing but provides an element of actually being there and eavesdropping on everybody’s conversations. Dolman is a true find at Henry Gamble. His face (and smile) practically lights up the screen — he’s a natural and hopefully will have a very successful acting career in his future. But credit goes to award-winning filmmaker Cone (who also wrote the script) for creating a film that makes it a fun experience to be a part of. Bring your swimsuit.

Henry Gamble’s Birthday Party debuted May 3, 2016 across all digital platforms including iTunes, Vimeo On Demand, Amazon Prime Video and WolfeOnDemand.com, and will also be available same date on DVD via Wolfe Video and many major retailers.