How to Win at Checkers (TheaterByte Movie Review) 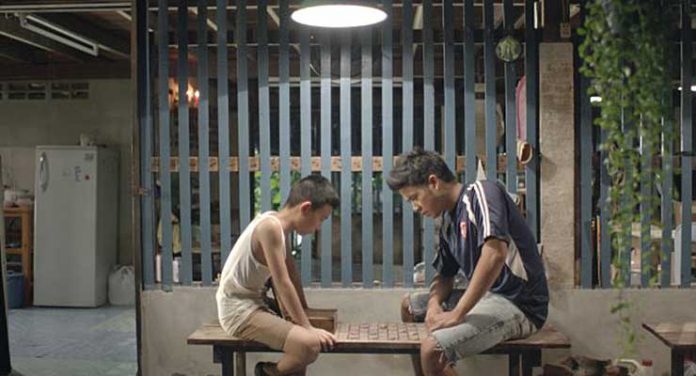 The brothers live with their aunt in Bangkok, but she clearly doesn’t want them there. She barely has enough food to feed herself and her young daughter, much less teenager Ek (Thira Chutikul) and the young and impressionable Oat (Ingkarat Damrongsakkul). Oat looks up to Ek, who happens to be gay and who has a long term boyfriend named Jai (Arthur Navarat). But Ek and Jai have an important event coming up in their lives, 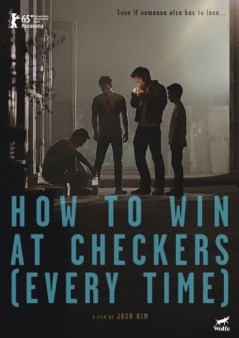 they are of age to take place in Thailand’s army lottery – and it’s a mandatory lottery. For if they are chosen they need to serve a mandatory two year military service. But it’s Jai’s parents who are able to get their son out of serving in the army – they pay off a local politician in order to do so. Ek doesn’t have that option, and he’s worried that if he does get drafted, he doesn’t want to leave Oat with their mean and always complaining aunt (Vatanya Thamdee). He also doesn’t want to leave Jai and his best friend – trans woman Kitty (Natarat Lakha). But Ek’s luck goes from bad to worse after Oat steals some goods from a local young thug, and it’s Ek who has to pay the price.

How to Win at Checkers (Every Time) debuts Feb 2, 2016 across all digital platforms including iTunes, Vimeo On Demand, and WolfeOnDemand.com, and will also be available same date on DVD via Wolfe Video and many major retailers.