Gaga: Five Foot Two profiles Lady Gaga from her pending appearance at Super Bowl LI to everything going on in her life prior to it. The entertainer is busy writing and recording her brand-new album called Joanne, which takes her over to Mark Ronson’s studio space (at Rick Rubin’s Shangri-La studios) in Malibu. Ronson is executive producer on the new album and they both go to work writing and recording. I should preface this review by saying that the writing and recording process as documented by the filmmakers is my favorite part of this documentary. At one point Mark exclaims that he’s been working for 96 straight hours on some tracks. Whether he meant in a row or spread out in a few days is not clear. Now that’s dedication!

The documentary shifts gears and coasts as Lady Gaga goes back home to New York to spend some time with her family. At this point I don’t believe she has a title for the album but gets inspiration from a family member and eventually it is settled on Joanne – a tribute to her late aunt. In between the recording and the writing, she ventures out to special events that seek to promote the upcoming release of the album, a baptism, promotional spots, and various medical treatments.

Watching Gaga: Five Foot Two was entertaining enough — I don’t pretend to be the biggest Lady Gaga fan even though I think The Fame Monster and Artpop are fantastic albums. The documentary seeks to dig into her reality and to showcase a “normal” side to her. She’s like everyone else in that she has a supportive family, is hilarious, and doesn’t put up with crap. Her work ethic and attention to detail in her craft is spot-on — and you thought James Cameron demands perfection? You haven’t seen Lady Gaga crack the whip. 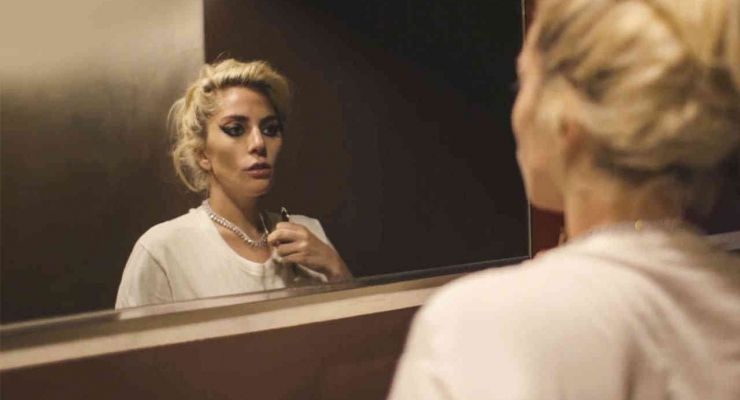 Another interesting and revealing tidbit of her life is that she suffers from fibromyalgia — a chronic pain disease that she developed after she broke her hip during the Born This Way tour. That seemed to be the trigger and she has various bouts of excruciating pain. She is constantly in physical therapy sessions, massages, medicine, and sees various doctors. This part of the documentary is not as long as some of the other focus points, but I poignant as she questions whether she will ever be able to bear children due to the pain disease and her previous hip injury.

The documentary also focuses on Lady Gaga’s music video shoots and her various dancers rehearsing for various shows including the Super Bowl. Another amusing anecdote is her and her entourage visiting a random Wal-Mart for some grass-roots guerrilla marketing of her album — this after its release. Not pleased with how her album is being displayed she ends up displaying them herself and purchasing a few copies — all while causing commotion. At first, reactions by the unaware security guards and patrons (oh no, not another “people of War-Mart” episode) bring a lot of attention that the whole spectacle turns into an impromptu media blitz and news story.

Gaga: Five Foot Two does a great job humanizing Lady Gaga — personally, I would have liked to have seen more in terms of content. I do feel that certain segments rush by. Heck, a documentary on just Gaga working with Mark Ronson would be phenomenal on its own. It almost feels anti-climactic when it ends, but technically speaking, and at the time, the Super Bowl LI half-time show was one of the biggest shows of her career. I guess the way it’s bookended in motion doesn’t really make it seem that epic. That could also be me nit-picking it.

As I mentioned before, Gaga: Five Foot Two runs at a brisk 100-minutes and is recommended. You can knock it out in an afternoon. I’m hoping we get more of these documentaries focusing her career. A lot of people think it’s just the image of what her character is, but she’s a damn interesting human being, as well.