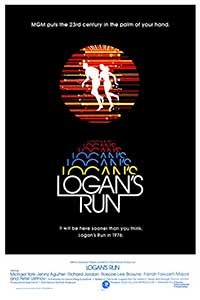 Logan’s Run has to do with Logan’s effort to save himself in a dystopian future where human life is supposed to end at thirty.

Logan’s Run revolves around Logan (Michael York), who is a Sandman. Sandmen are responsible for making sure that people, at the thirtieth year of their life, are lead to the Carrousel and die with the excuse of “getting renewed” in a dystopian future for humainty set in 2274. The situation gets worse when there are some suspicions about the presence of a Sanctuary, where all these people (Runners) hide. Logan is assigned with the task of finding and destroying this place by pretending he is a Runner and he loses his life expectancy span. Now Logan is worried about his own life, and he has even more concrete reasons to become a Runner, as he is now thirty. In this expedition, Jessica (Jenny Agutter), another Runner, becomes his ally.
In terms of script, the film is well structured, it remains appealing until the very end and is full of suspense. This concept of the futuristic fictional world appearing as a utopia, which is a lie, is very interesting and gives the viewer some food for thought. 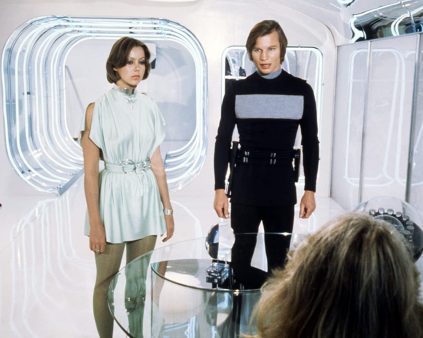 Michael York was amazing in his role as a police officer of this dystopian world, who changes his mind when his own life is threatened (Logan 5) and Richard Jordan was very good as well as Logan’s friend and colleague (Francis 7). Jenny Agutter did a well-done job as Jessica and her chemistry with M. York is to be mentioned. Peter Ustinov’s performance as an Old Man was exceptional.

Cinematography is stunning and in my opinion the most taken care of part of the film. The colorful clothes of the people and the architecture of the city are the aspects that contribute to it. There are many facilities such as beauty salons and trains and a social gathering like the Carrousel. The interior of the workplace of the Sandmen is interesting as well. The combination of all the different layers of the periphery of the city, such as the underground floors and the icy cave and the scenes from the outside world and especially Washington city with this dominance of nature is visually pleasant.
As far as direction is concerned, the film is full of action and suspense. The atmosphere is very mysterious and sometimes it could be characterized as spooky and the viewer remains alert because of the constant interchanges.

The movie ending is rewarding and liberating for the viewer, evoking feelings of joy and movement.

Purchase or Rent to Stream on Vudu: 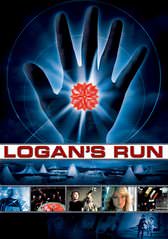