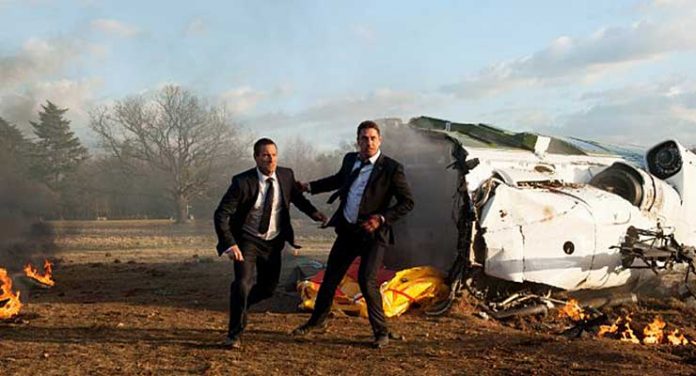 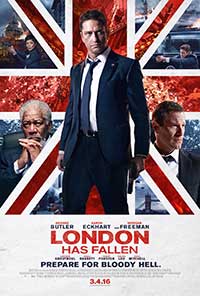 London Has Fallen brings back the familiar faces and characters of Secret Service “super agent” Mike Banning (Gerard Butler) and President of the United States Benjamin Asher (Aaron Eckhart). It is safe to say that both men survived their ordeal from the previous movie. It is now three years since the events of Olympus Has Fallen and the world seems to have moved on from those events. With the British Prime Minister dying under mysterious circumstances — the leaders from the Western world are set to arrive in London for his funeral – all security measures must be enforced. The hero of yesterday and the President’s most trusted secret service agent Mike Banning have to make that impromptu trip to England to pay their respect to the fallen Prime Minister.

As London prepares for the massive funeral — a terrorist plot against the world’s leaders has been set into motion. Considering Mike has wanted to leave the Secret Service for a while now since the events of Olympus –– he and his pregnant wife, Leah (Radha Mitchell), are going to have to put those plans on hold indefinitely, because Mike has a very bad feeling about this…

An attack does indeed take place on the streets of London as massive explosions and gunfire rip through the citizenry and through the infrastructure. A shadowy group led by Amir Barkawi (Alon Aboutboul) wants President Asher and they want to execute him on live television to broadcast it worldwide. Only then will his group’s reign of terror end against London and its citizens.

With Vice President Trumball (Morgan Freeman) providing essential support to Mike and President Asher – Mike and the President will have to use all of their resources to stay alive until the cavalry arrives. A few years ago when Olympus Has Fallen was released I said that it was the “best Die Hard” since Die Hard with A Vengeance. It was a tongue in cheek comment that I still stand by to this day as do many others. How does London Has Fallen stand up to its predecessor? I would say about the same. The same screenwriters were brought back and turn in a very lean 90-minute script and director Babak Najafi does a fine job in bringing the action madness of this world to the big screen.

Gerard Butler is nothing short of the ultimate badass as Mike Banning, who armed with a knife and pistol/machine gun executes terrorists in the most brutal of fashions. I try to not read review of the theatrical films until after I have seen them but couldn’t help to read one that mentioned that Mike Banning was a socio/psychopath, because he supposedly “relished” killing bad guys as opposed to just killing them and moving on. I don’t understand that comment, because Banning does no such thing. He kills one bad guy and moves on to the next. The action is fast and furious, so there’s no room for sadomasochism or gratuitous torture. We don’t even get a nifty interrogation sequence (one of my favorite scenes/kills in the first film) this time out.