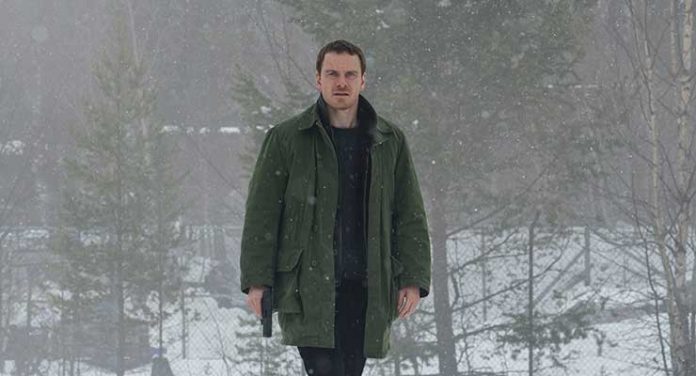 Norwegian author Jo Nesbø has authored a series of crime thrillers featuring Oslo Detective Harry Hole, and a recent entry, The Snowman, reveals its key backstory at the beginning. A small boy (Leonard Heinemann) watches his mother (Sofia Helin) commit suicide by sinking below the ice in her car after his abusive father “Uncle Jonas” (Peter Dalle) has abandoned both of them for his “real” family. The film’s title refers to the named assigned by the Oslo Police Department to a dreaded serial killer who leaves crude snowmen at the scene of his murders.

There is now a growing list of missing women that, like the beautiful Birte Becker (Genevieve O’Reilly), mother of the adorable Josephine (Jete Laurence), will end up beheaded or dismembered. A link between the victims will finally be established but only after the better part of two hours. Detective Hole (Michael Fassbender) wakes up in a public park shelter and gets a handwritten note from the Snowman claiming more heads will roll unless he is stopped (Spoiler alert: we will eventually find out why the note was addressed to Hole). Harry is clearly damaged goods and his alcoholism has jeopardized his job and destroyed his relationship with art dealer Rakel Fauke (Charlotte Gainsbourg) and her teenage son Oleg (Michael Yates) whose biologic father deserted them. Rakel and Oleg are now living with the wealthy plastic surgeon Mathias Lund-Helgesen (Jonas Karlsson) who seems very thoughtful and caring to the point of giving Harry a Valium prescription for the detective’s chronic insomnia.

Harry’s new partner Katrine Bratt (Rebecca Ferguson), a recent police academy graduate is driven to solve this case for a very personal reason (explained much later). She chauffeurs Hole around since he has surrendered his driver’s license. The body count rises with the on-screen beheading of chicken farmer Sylvia Otterson (Chloë Sevigny), as Hole and Bratt find her head perched on another snowman’s body. 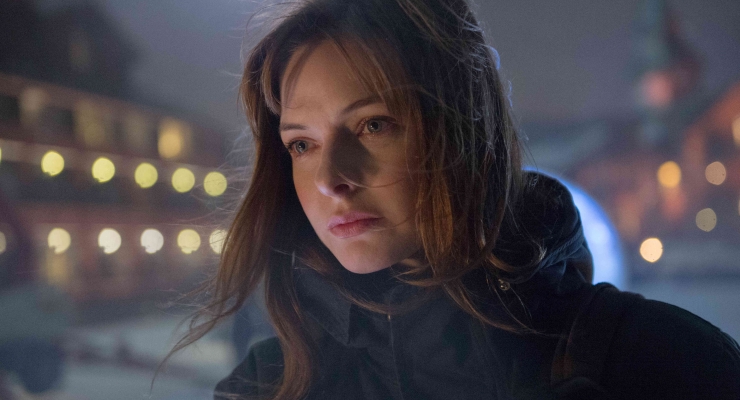 Subplots abound in this confusing storyline. Val Kilmer appears briefly as the suspended Bergen detective Rafto who has investigated the disappearance of Frederick Aasen’s (Adrian Dunbar) wife. Aasen is still bitter about the loss of his big factory to the wily Arve Stop (J.K. Simmons) who is campaigning to help Oslo get awarded the Winter Olympic games. Stop has a sub rosa relationship with obstetrician Ivar Vetelsen (David Dencik) who may be somehow linked to several of the murdered women. There is no shortage of potential suspects for the Snowman: Stop has a predilection for photographing attractive young women; Vetelsen has treated some of the victims in his clinic; Aasen and Filip Becker (James D’Arcy) believe their wives were unfaithful. The gruesome killings continue, some men lose their heads as well, and Detective Hole is caught up in a race against time to save the ones that he loves from the same grisly fates as the other victims.

Scriptwriters Peter Straughan, Hosseini Amini, and Soren Sveistrup have given director Tomas Alfredson a meandering and, on occasion, incomprehensible script that eviscerates much of the suspense from Nesbø’s taut detective novel. The Snowman‘s glacial pacing is the analogue of one of this film’s few triumphs, Dion Beebe’s magnificent cinematography that captures the snowy Norwegian countryside and its frozen fjords. A strong cast is essentially squandered. Fassbender is handed one of his least interesting roles while Ferguson does her best with a character given little apparent motivation. Throwaway parts are doled out to Sevigny (an irrelevant twin sister act), a nearly unrecognizable and incoherent Kilmer, tiny Toby Jones as walk-on DC Svensson, and James D’Arcy as Birte Becker’s cuckolded husband.

Once all of the “i’s” are dotted and the “t’s” crossed, I was left with an “is that all there is” empty feeling and wondering if I missed some subliminal clues but I don’t think so.  For my part, The Snowman quickly descended into darkness, then turned out any remaining light sources, and left me wondering if novelist Nesbø ever saw any of the film’s rushes. Most likely this is a Harry Hole franchise killer, a real pity for those like myself that have absolutely loved these novels. Nesbø followers who want to see a far better screen adaptation of his work should take in Headhunters, a stunning Nordic thriller.