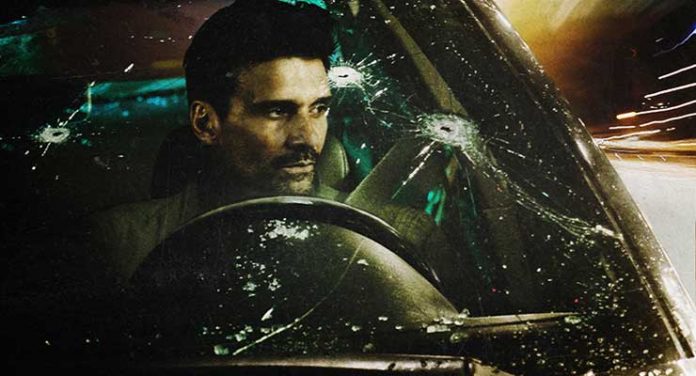 Wheelman is the latest “man-behind-the-wheel” adventure wrapped in a crime caper tale, but this particular tale is brought to you directly from Netflix. The film stars Frank Grillo and is produced by Grillo and Joe Carnahan (The Grey, The A-Team, Narc). The film is written by relative newcomer Jeremy Rush.

Grillo has no name in this film. What we do know about him is that he’s a getaway driver, has a daughter, and an ex-wife that he has to do right by. He has spent some time in prison and now is back doing what he knows best. On one particular and somewhat grating night he is tasked upon being a getaway driver for a crew that is about to rob a bank. As everything is going down at a rapid pace he receives a phone call from a mysterious and interested party. The voice on the other end of the line tells him that he has to ditch the crew but take the money from the heist. He does.

Grillo must find out who is behind this new potential double-cross while avoiding the police, who are hot on his trail, keeping his family safe, and avoiding miscellaneous gangsters. Upon watching the trailer for Wheelman, it had some of the same tropes that other films of this sub-genre had, but with the caveat that it was being released exclusively by Netflix. If you know Netflix then you know they have a stellar record for releasing films by rising stars and talented established folks from the entertainment industry. 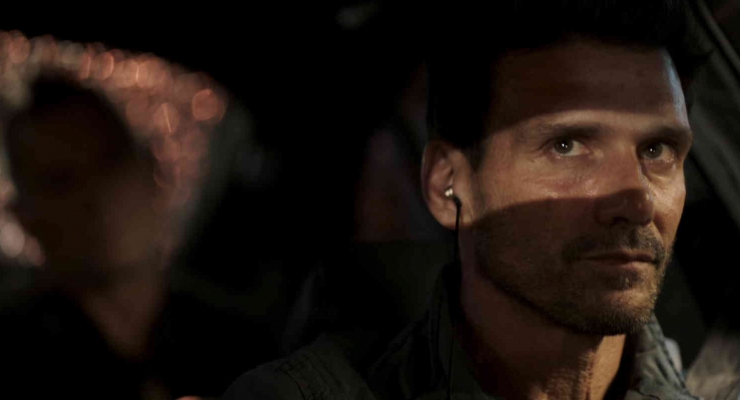 An awesome fact about this film is that it marks writer/director Jeremy Rush’s feature film debut. All he did prior to this was a couple of episodes of he series Caribe Road and two short films (No Road to Follow, John Doe and the Anti). Now that the floodgates of streaming have opened up Wheelman will potentially get to be seen by millions of people. What he lacks in experience he more than makes up for it in this film. I like that the camera is left alone a majority of the time, so that we may digest what is going onscreen — and never during insert shots, you can see what is going on clearly. I also like that there are several instances, including the opening scene, where the camera doesn’t move, but the characters and the car does. Wheelman is an amazingly well designed little film.

Now on to what I didn’t care about. We do spend a lot of time with Grillo and his predicament. He’s charming, funny, tough, etc., but the overall story fails him, because we really don’t get to explore his world. Yes, I am sure some will say that it is irrelevant, because it’s just one night in the life of a getaway driver. Still, there are plenty of secondary characters that are introduced and never seen again. Why not? When the final resolution hits at the end — it’s good and all, but who are these people and what was all of that about? Maybe if the film ran a bit longer (the film only runs 82 minutes with credits) certain threads could have been tied up a bit more neatly. The film itself is entertaining and I did enjoy it, but a part of me feels I would have liked it even more if it had more detail in certain subplots.

I really like the world of Wheelman and hope that if it succeeds a sequel can be made or even spun off into a series. Hell, I would totally be down for some Frank Grillo driving hot cars for a couple of seasons breaking heads and taking names. This is a fine enough film that could have been made better if only a few loose ends could have been tied up. That’s me being picky, though. Wheelman gets a hearty recommendation.

Wheelman is available globally for streaming on Netflix October 20, 2017.