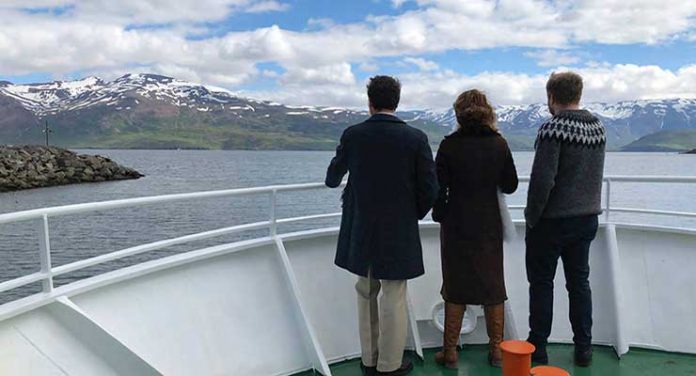 Snaeland or “Snowland” is the old Norse name for Iceland where down-at-the-heels German journalist Fred Hass (Franz Bruckner) has just arrived. Cab Driver Oskar Hrafnsson (Vikingur Kristjiansson) drives Fred to a small Icelandic village where he will cover the local midsummer festival known for its  prodigious drinking bouts and rampant nudity.  Fred has received this “plum” assignment from his editor Bettina “Tina” Linden (Nicola Ransom) whom he just happens to be shagging in hopes of getting better assignments to pay his numerous outstanding bills.

Oskar takes Fred around town as he meets some of the townsfolk before checking into a hotel to plan his photographs and gather material for his story. All of this changes when Fred spots a young woman Melanie Clement (Emily Behr) emerging on the beach after “enjoying” a swim in the cold Arctic waters. Melanie bears a striking resemblance to Jeanine Renard, a nanny who left France for New Orleans several years earlier. After moving in with an American family and their new baby, it was rumored that Jeanine killed her young charge so that she could convince the father to leave his wife and marry her.  Fred finds out from his friend Gilles that Renard apparently died after driving her car off a cliff in France. Fred still thinks that he has got a really hot story on his hands and calls Tina who tells him to drop the Iceland assignment.

Melanie is the local beekeeper and although she has been married to Oskar for a few years, he knows little about her past. She takes Fred to see her bee colonies but after he gets bitten on the face, she tends to him by seductively sucking the bee venom out of his bite.   Later, at a local dance, Fred cuts in on Melanie and Oskar, whispers something in her ear, and what follows is the film’s moral crux — Melanie must decide between telling her true story to Fred or having him write his own version of the “truth.” 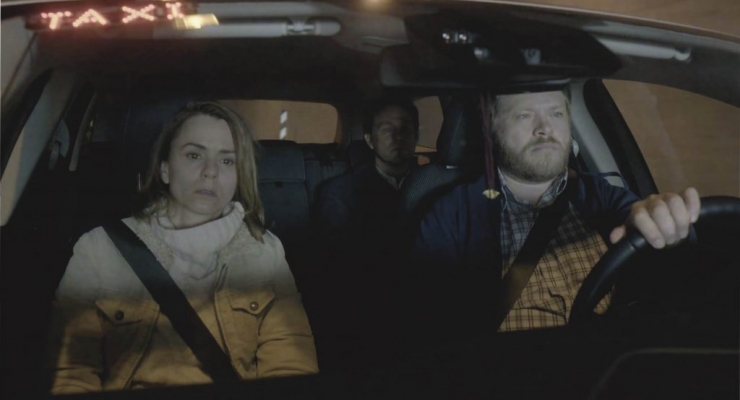 Writer/director Lisa Raven (Kinderwald) and cinematographer Frank Schwaiger have leveraged the natural beauty of Iceland and the 24/7 sunlight that only happens during the summer months, as the cameras often frame the characters against stunning backdrops. Watching Fred toss and turn in a hotel room where the window shades fail to keep out the sunlight shows how this extraordinary season interrupts the normal sleep-wake cycles of the town’s visitors.  The conflict between Fred’s desire to break the big story and his attraction to his journalistic subject is deftly managed and will keep viewers guessing until the very end.  While the pace is deliberate, and the action is modest at best, this is in keeping with the simple plot that is unfolding and that is part of the genius at work here. Those that enjoy a homespun tale that is heartfelt and yet dry-eyed will find that Snaeland will be exactly the ticket for them. This film is highly recommended.

Snaeland makes its world premiere in the United States on August 17, 2019 at the Vail Film Festival and will be released later on home video.