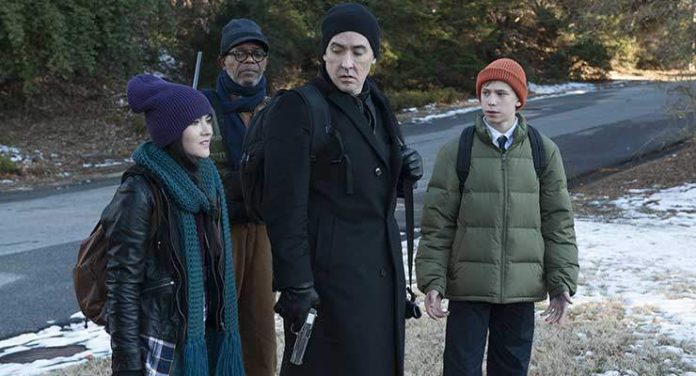 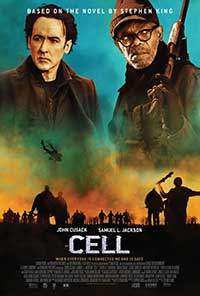 Our 21st century connectivity is powered by legions of cellphones. Stephen King’s 2006 novel Cell has now been adapted for the silver screen and presents a cautionary tale about mankind’s dependence on these devices that ushers in some unexpected and dire consequences. 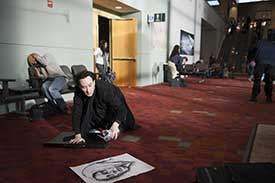 with his son Johnny (Ethan Casto) and estranged wife Sharon (Clark Sarullo). All of the cellphone users around Clay (whose cellphone has conveniently died) start behaving violently, attacking each other or themselves. By sheer chance, Riddell links up on a subway with conductor Tom McCourt (Samuel L. Jackson) and begins an improbable odyssey into the future.

Clay and Tom make it back to Riddle’s apartment only to encounter a blood-soaked girl Alice Maxwell (Isabelle Fuhrmann) who has just managed to kill her cellphone-transformed “phoner” mother. We find out that an aberrant cell phone signal pulse has somehow taken over people’s minds and turned them into flocks of 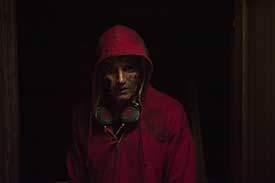 mindless “phoners” that communicate in automaton-like birdcalls. Eventually, Tom, Clay and Alice find a boarding school, the Gaiten Academy, run by Charles Ardai (Stacey Keach) and its sole unaffected student Jordan (Owen Teague). The remaining student body lies dormant on the soccer field. Realizing these creatures become vulnerable at night, Clay and Tom immolate the sleeping students in a bath of ignited kerosene but this backfires and Ardai is killed. Tom and Clay share more disturbing adventures in the dystopian world that has now become their new normal. Perhaps the end credits conclusion is less of a surprise than what I expected (and differs considerably from that of the novel) but there is a “what if” warning that might give cellphone devotees some second thoughts (if they really do think at all).

This post-apocalyptic journey into a world without protective boundaries is an unapologetic bloodbath that recalls some of author King’s earlier works like The Stand. The film’s visual style borrows liberally from George Romero’s Dawn of the Living Dead and its dénouement is a literal reprise of Don Siegel’s Invasion of the Body Snatchers.

This sci-fi horror film relies on many of the dramatic devices to which fans of this genre have now become accustomed. Viewers never quite get the core elements that transform the cell phone systems into weapons of 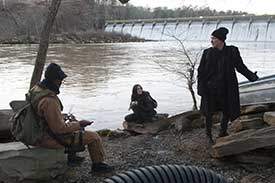 mass destruction although it is suggested that there is a malevolent creature in a red hoodie who is either the evil genius or major tool at the core of this phoner pandemic. Still, the original concept that a massive signal sent through cellphone towers can transform normal human beings into mindless maniacs has dramatic appeal. Where this film falls well short of its potential begins with its principal characters’ motivations. Clay’s relationship to his son is sketchy at best and never fleshed out. The divorced Tom elicits little if any sympathy for his current life status while the younger person roles add relatively little collateral interest. Perhaps the blame must be assigned to novelist King whose more recent tales of terror and suspense have proved to be collections of uneven works. In this particular instance, the assembling of a strong cast, particularly Cusack and Jackson, offered dramatic possibilities that were largely squandered by a lackluster script and inchoate direction. For those fans of pandemic human infestation flicks, the 1978 Invasion of the Body Snatchers gets far better presentation of this theme, lands closer to the mark, and does so with a superior cast.