The Favourite tells, or spins, the story of Queen Anne (Olivia Colman) in the early part of the 18th century. She is eccentric, and fraught with injury and sickness. Not to mention that the British are also at war with the French. If this sounds like the actual truth of the Queen’s history you would be only half right. The Favourite relies on several flourishes throughout its near-two-hour running time.

Lady Sarah (Rachael Weisz) is Queen Anne’s closest confidant, lover, and essentially her right-hand woman. She handles all of Queen Anne’s affairs and her word is an extension of Queen Anne herself.

Enter: Abigail (Emma Stone), she is Lady Sarah’s younger cousin, who at some point had power and status, only to see it removed due to circumstance. Abigail arrives at Queen Anne’s palace with the clothes on her back and the stench of mud and excrement on her dress. She’s quickly put to work in the kitchen along with the rest of the peasant servants. She hopes that by being related to Lady Sarah, she can seek favor with her and possibly Queen Anne.

Abigail begins to formulate plans to forge and move ahead with her less than desirable position. Lady Sarah also begins to plan and plot along with Queen Anne. Political turmoil within the government is in chaos due to the war that the Queen’s subjects are being taxed double and this does not fare well for the landowners. There are multiple subplots and themes running through The Favourite that one cannot seem to look away. 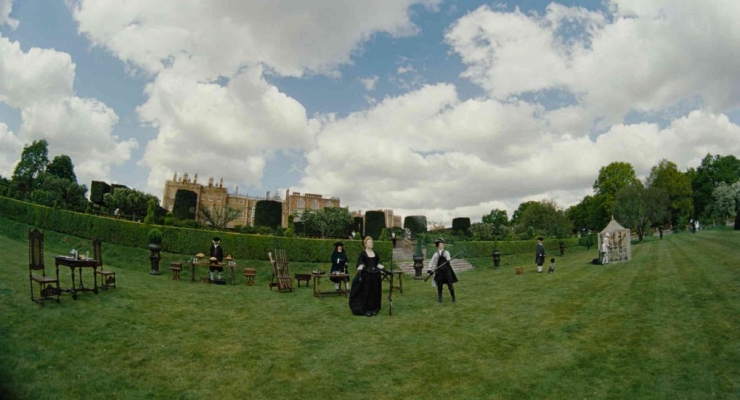 The film is structured like the new Suspiria film was. It is composed of several chapters of and the names of each chapter are snippets of dialogue from the film. I thought breaking up the film into these chapters helped it move along at a nice pace. Olivia Colman as the sickly and wacky Queen Anne is a true revelation and I suspect that the Academy is taking note of her performance.

I should point out that the film is directed by and NOT written by Yorgos Lanthimos of The Lobster and The Killing of a Sacred Deer fame. I have not watched The Lobster and hated Killing of a Sacred Deer. I absolutely loved this film and believe this to be Yorgos’ most accessible film to date. There’s a funny bit of dialogue that Nicolas Hoult’s character speaks to Abigail and it went something like “gossip is my weakness,” or something similar – and I agree with that sentiment in terms of the film. Each scene and plot-point is scandalous and made me want to see more and more. There’s technically no one to root for in this film, because everyone is morally corrupt and downright unlikable, but I found myself liking these people. They’re awful human beings but have so much depth, which we to a great screenplay by Deborah Davis and Tony McNamara.

Not only does The Favourite have great direction and a great script it has amazing cinematography and grand production design. There is no doubt in my mind that the film will be nominated for its technical achievements. I can already say that The Favourite is one of the best films of the year and it’s definitely going on my Top-10 list of the year. The film has expanded to more screens, so if you have this playing locally, then by all means, see it on the big screen.