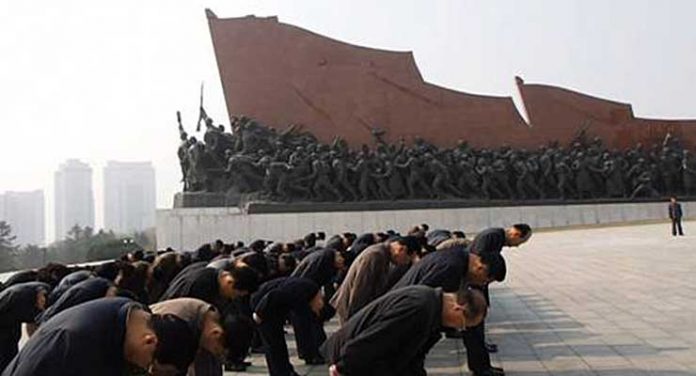 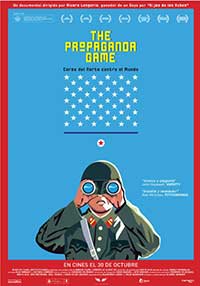 Is what he is filming propaganda? Are the people in the streets real or is it all staged? Longoria was granted controlled access by the government of the DPRK (Democratic People’s Republic of Korea) to film in 2014. He and his team were taken around the country by national officials, and not left alone at any time.

They meet up with Alejandro Cao de Benós, a native of Spain who because of his belief and love of communism ended up living in North Korea and is now one of the mouthpieces for the DPRK and Supreme Leader Kim Jong-un. Benós takes Longoria around the country, where Longoria is allowed to speak to the locals who work at the museums. He’s also taken to the gym where Jong-un worked out (just once), and gets to speak to tour guides on the street. He’s even allowed into a Roman Catholic Church (where all the attendees happen to be very good singers).

We are shown North Korean life via Longoria’s camera: a woman dancing in a pagoda, a wedding party taking photos of the bride and groom, children skateboarding and laughing – are these people really happy? North Korea is a country of 24 million people, yet has the fourth largest standing army in the world. They are armed with 20 nuclear warheads and have an increasingly sophisticated missile defense system. And the country spends 16% of it’s GDP on the military. Yet the regime seeks to dominate every aspect of its citizens lives, and terrorizes them from within. While they are given free housing, free education and free medical care, it is known that there is a severe food crisis, that some of it’s citizens are held in concentration camp-like prisons, and there is absolutely no freedom of expression or speech. It’s a Totalitarianism regime.

But the locals who speak to Longoria all have a mistrust and hatred for the United States. One official says ‘The U.S. tries to stifle and threaten our country.’ The documentary mentions the recent turmoil surrounding the film The Interview where Seth Rogen and James Franco are sent on a mission to assassinate a Jong-un-like dictator — it almost led to a war. Longoria is also one of the people to be taken to the Demilitarized Zone (which in fact it is not) — the line that separates North and South Korea. It’s fascinating to be able to see it and to see the intercut footage of Barack Obama on the South side and Jong-Un on the North side during one of their separate visits in years past.

We are shown shiny new apartment buildings, new and expensive museums that are shrines to Jong-un and his late father Kim Jong-il (one that was empty on a Sunday), and huge statues and photos of both men in various parts of Pyongyang. Yet where does all the money come from to build this? How does North Korea’s economy work? The Propaganda Game raises more questions than it answers. But it’s not at the fault of Longoria, it’s the mystery and secretiveness of a country where the children are practically brainwashed. It’s a fascinating documentary.

The Propaganda Game is now available on DVD and Netflix

The Propaganda Game (TheaterByte Movie Review)
4.5 / 5 TheaterByte Rating
{{ reviewsOverall }} / 5 Users (0 votes)
Metrodome GroupStudios & Distributors
SpainCountry
EnglishLanguage
98 Mins.Run Time
1.77:1Aspect Ratio
Álvaro LongoriaDirector
Álvaro LongoriaWriter
26 Feb. 2016Release Date
The Film
Summary
The Propaganda Game is an eye-opening look at North Korea by a director who was given access to its people and locations, but the question still remains -- is it all staged or real?
What people say... Login to rate
Order by: