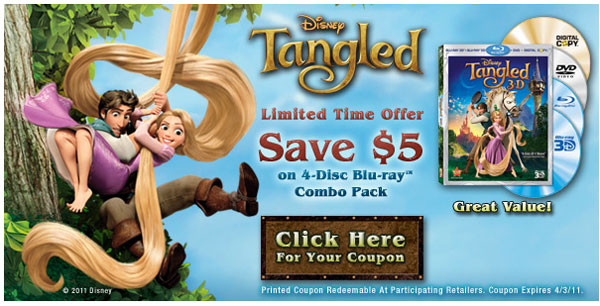 In anticipation of next week’s release of Tangled, Disney will be offering a $5 coupon on the 4-Disc Blu-ray 3D (Blu-ray 3D + Blu-ray + DVD + Digital Copy) Combo Pack. 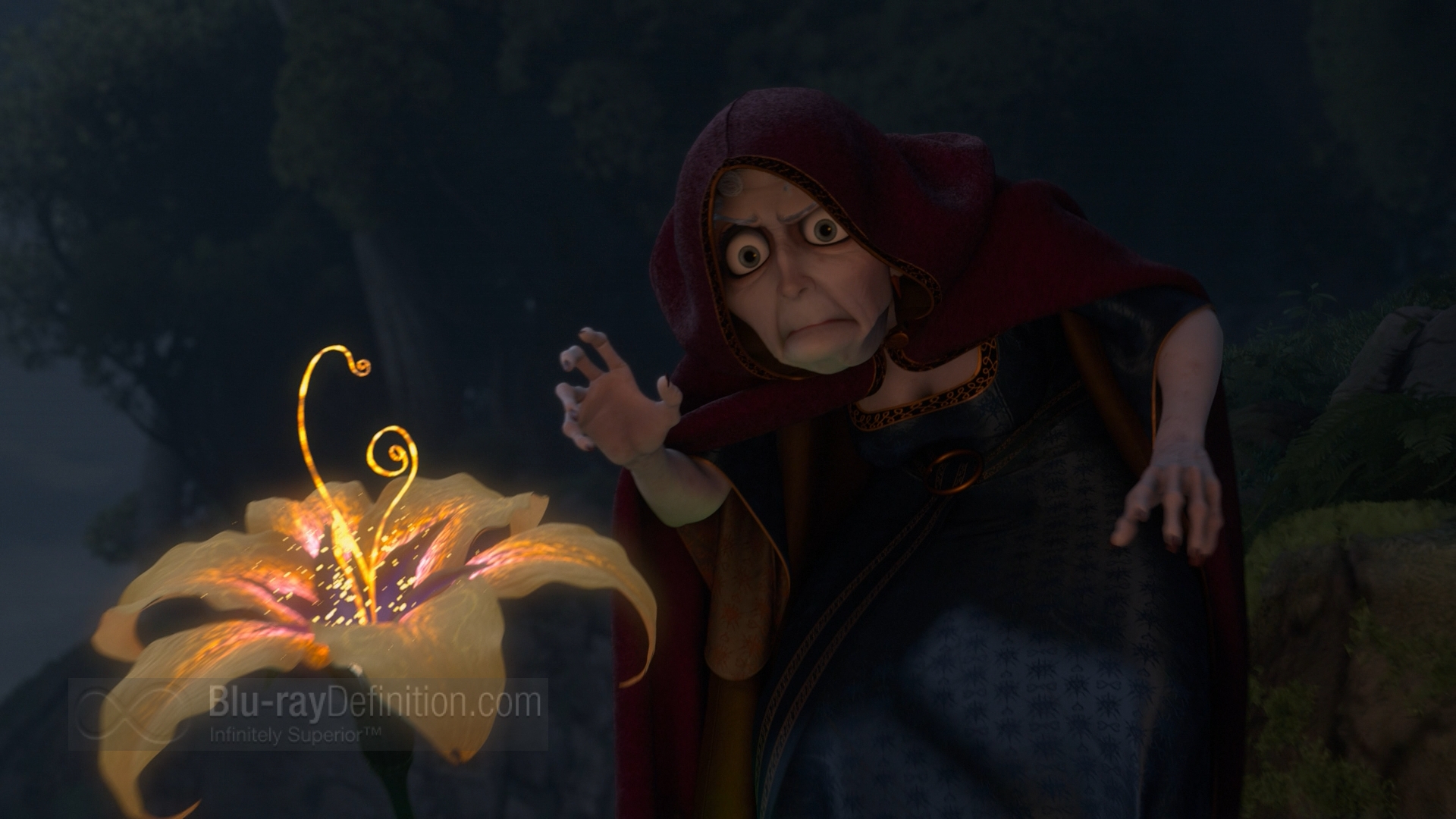 Tangled is splendid family fun and makes a great case on Blu-ray and Blu-ray 3D for being added to the canon of Disney classics.