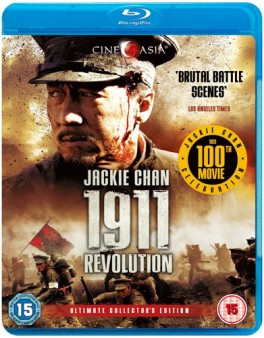 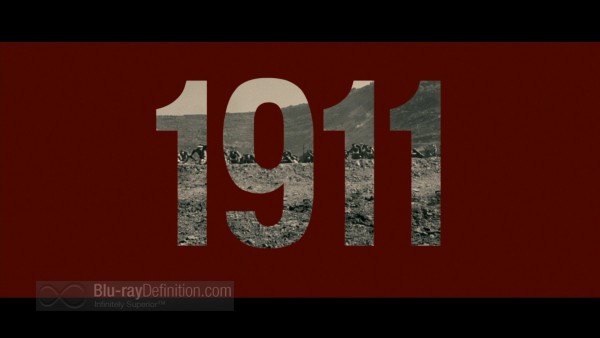 International martial arts film superstar Jackie Chan stars in and directs this film about the 1911 Chinese revolution, also known as the Xinhai Revolution. The film, created to coincide with and done as a tribute to the 100th anniversary of the revolution, also happens to be Chan’s 100th film appearance.

As a consequence, it indulges in more propaganda than actual history, but does still offer a splendid amount of epic war sequences and even a brief glimpse of Chan flexing his martial arts muscle.

It’s the beginning of the Twentieth Century, 1911, and as China’s population grows increasingly poverty stricken, the ruling monarchy, the Qing Dynasty, headed by a boy emperor and ruled in actual fact by his mother, Empress Dowager Longyu (Joan Chen), grows more ostentatious. Ensuring their grasp over the increasingly unsettled population by mortgaging the country’s assets away to European banks, thereby putting sovereignty at risk, the Qing dynastic power seals their fate and sparks a revolution. Huang Xing (Jackie Chan) returns from Japan, fresh from learning modern warfare, and leads the revolution against the monarchy, spreading the fight for a republic across the country. Co-starring with Chan are his own son Jaychee Chan, the always charming Li Bingbing, and Winston Chao.

(For a different take, read 1911 Blu-ray Review by Brendan Surpless) 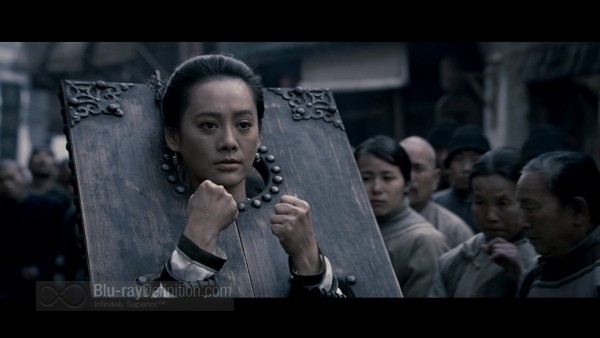 There’s nothing to argue about here. 1911 is given a solid transfer to Blu-ray by Cine-Asia. It has strong foreground detail with a three-dimensional sense of texture. Depth of field is quite extended well into the backgrounds and contrast is very wide, with a deep inky bottom providing a strong foundation and bright, consistent whites and vivid primaries. It arrives on Blu-ray in a 2.35:1 framed AVC/MPEG-4 1080p/24 encodement. 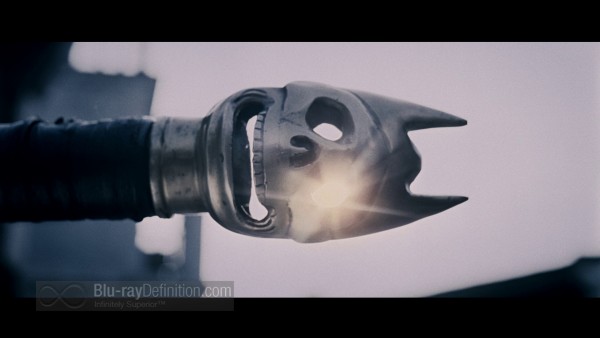 Audio is equally enjoyable in the original Mandarin DTS-HD Master Audio 5.1 (48kHz/16-bit) soundtrack. Although the Western-sounding classical score could be a bit more natural had it been 24-bit versus 16-bit, this is still an engaging mix that is dynamic and easy on the ears. The battle sequences are energetic and aggressive, fully utilizing the surrounds and LFE, with explosions booming and bullets whizzing by. In quieter scenes, there are a strong amount of atmospherics in the surround channels to provide a life-like soundfield. Dialogue is always clean. 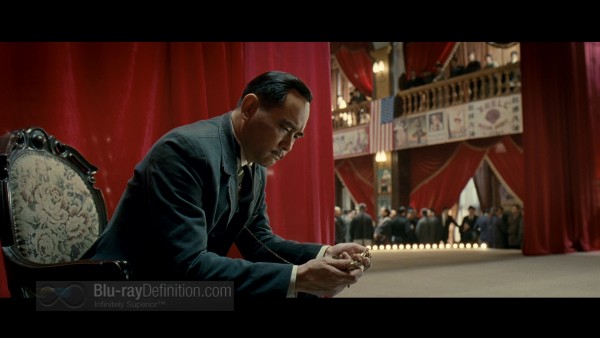 There’s a strong slate of extras on here as well, consisting of interviews and promotional materials plus the very detailed and informative audio commentary by Bey Logan. But beware, this disc may be region-free, however the video extras are mostly in European scan rates. The appropriate playback equipment will be required to access them, though the main feature should play with no issue. 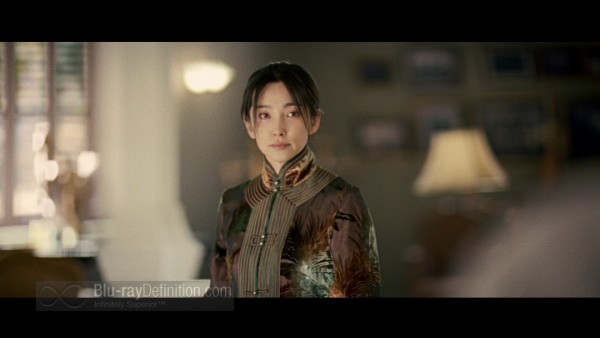 If you can get past the obvious propaganda here and dig right into the well filmed, intense battle sequences, then 1911 does offer something for fans of war films. There’s even a slight bit of romance thrown in. Combine that with the excellent HD video transfer and lossless sound, and this is a good, but flawed effort from Jackie Chan. 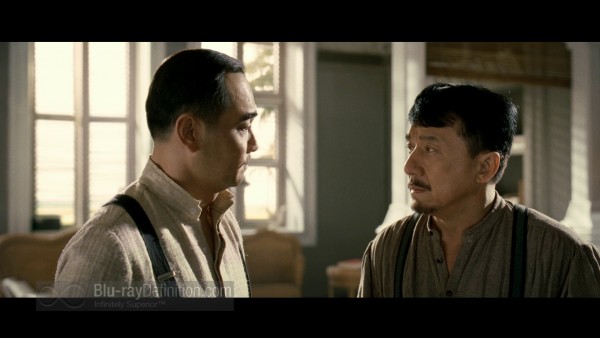 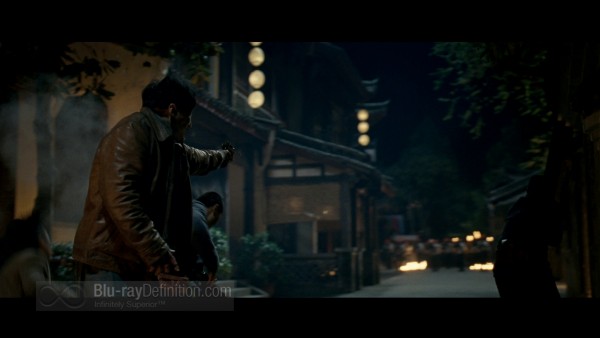 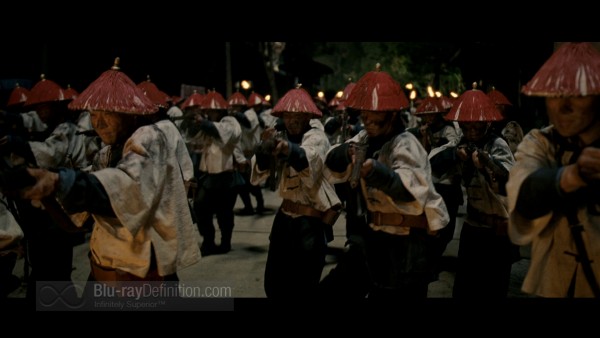 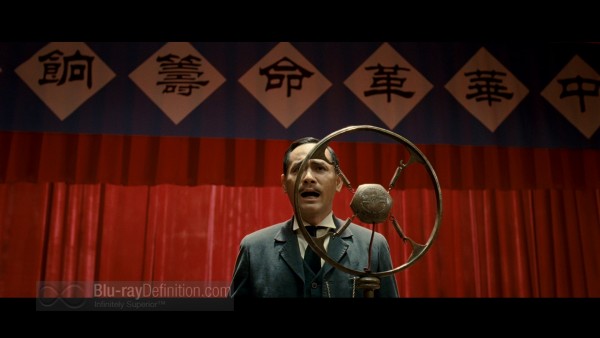 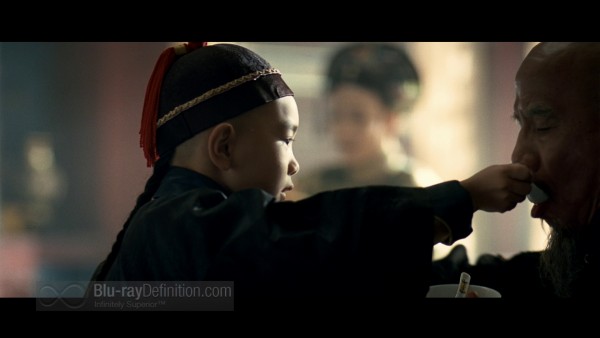 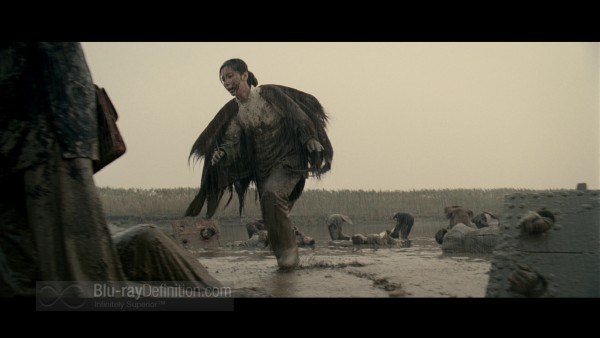 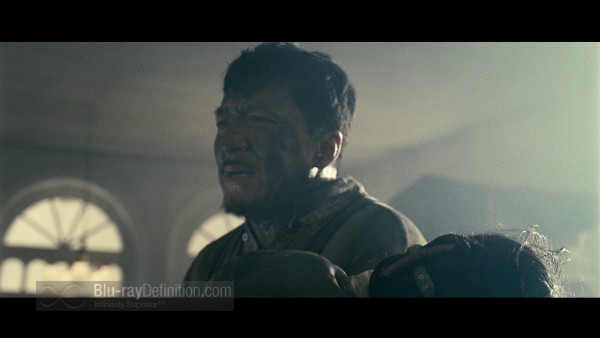 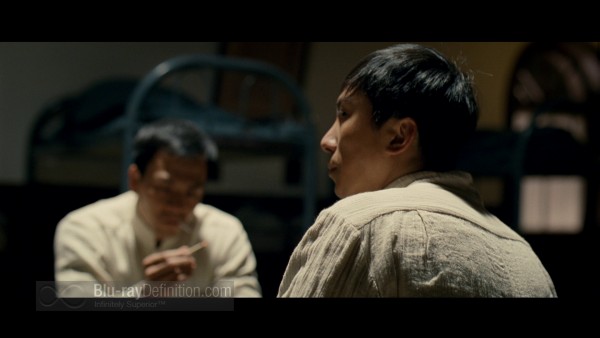 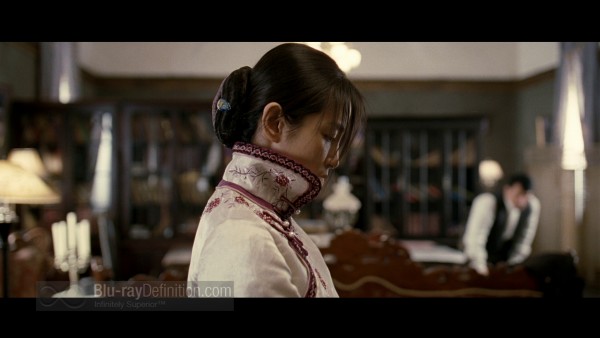 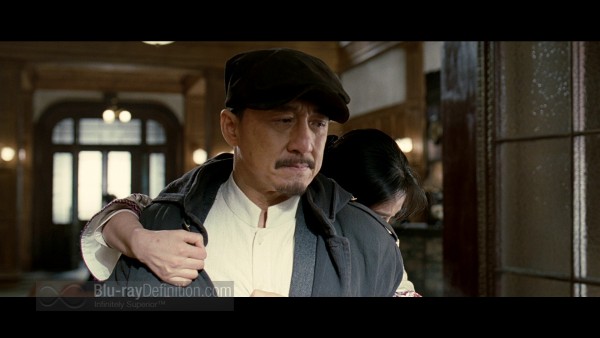 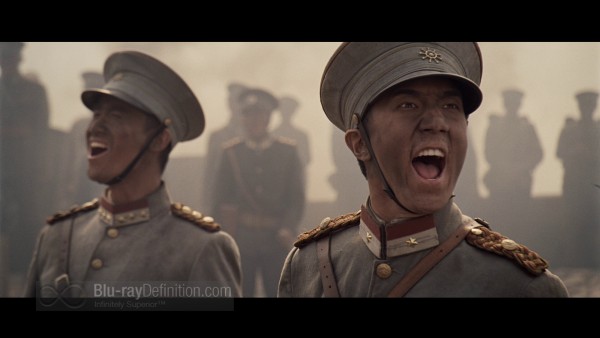 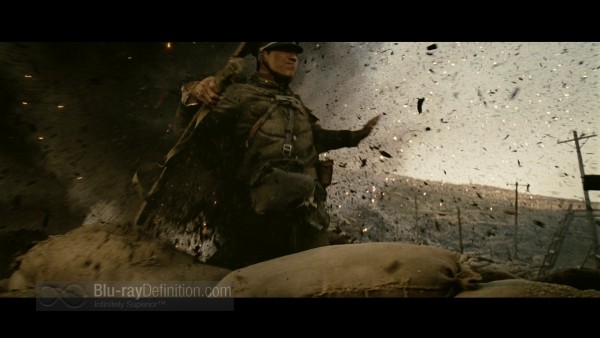 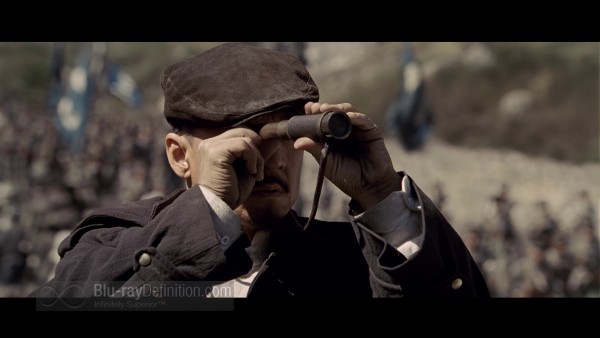 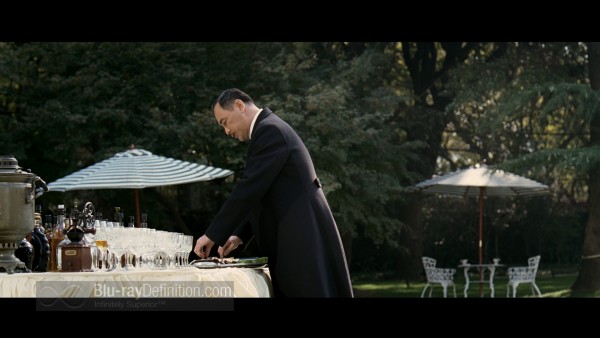 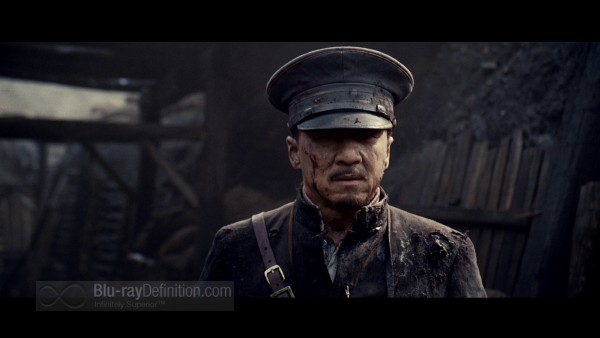 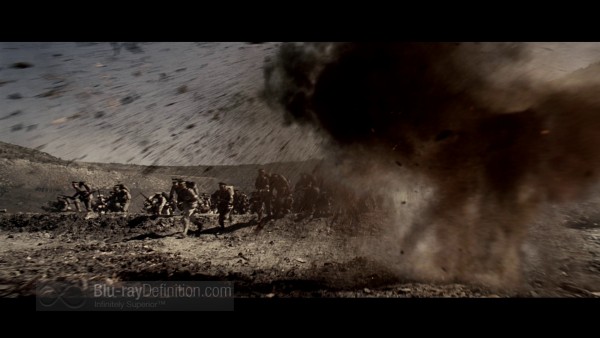 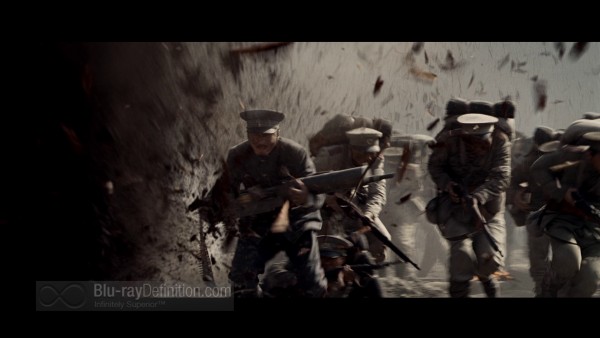 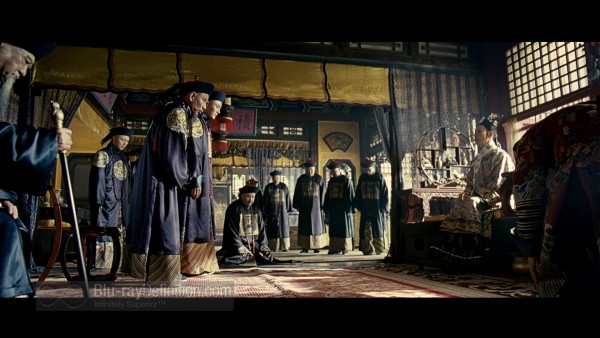 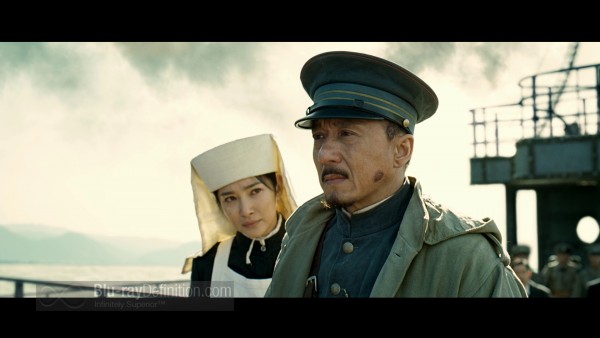 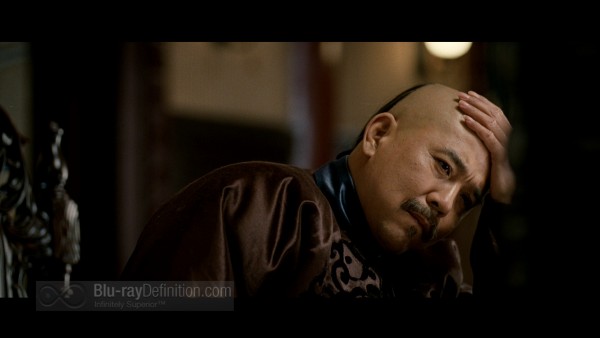 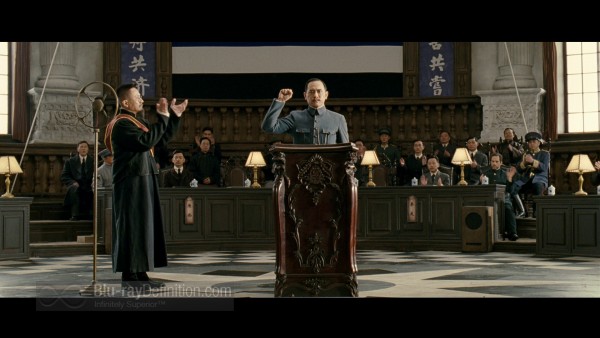