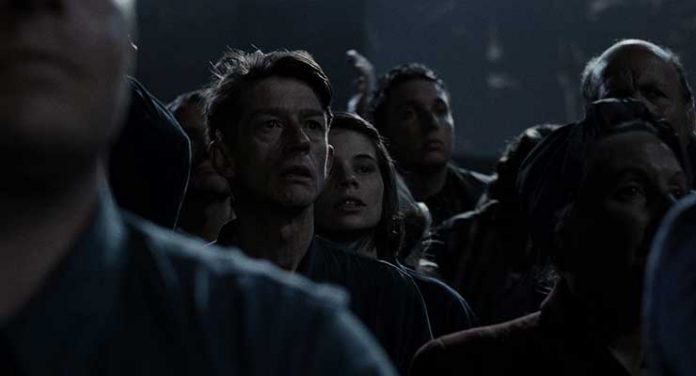 For his second feature film, filmmaker Michael Radford decided to adapt George Orwell’s dystopian futuristic novel 1984, with only months to go before the actual year was going to hit. For his adaptation, not the first screen adaptation, but arguably the best, Radford crafts a bleak dystopian vision of a totalitarian state very close to what Orwell envisioned in his original novel, with much of his dialogue coming straight from Orwell’s pages.

The story follows Winston Smith (a gaunt John Hurt), a worker in the totalitarian state of Oceania  — under the constant surveillance of Thought Police — whose job it is to edit and often rewrite or make up news reports for the State newspaper according to the guidelines of “newspeak”  — the new form of language in which words are being scrubbed or definitions of words changed. Winston and a fellow worker, Julia (Suzanna Hamilton), begin a sexual affair in an effort to rebel against the State, which bans sexual activity and is actively researching ways to erase the human libido and convert to complete artificial insemination. Their affair is heated, hyper-sexual, and more about breaking the law than it is about making a real connection, but it will also lead to unforeseen consequences.

Radford’s first “big budget” film, the visual effects for this early-1980s film were all done in camera and while there are some genuine big scale moments with big crowds and railcars, it is also a testament to his ability to use his surroundings, mainly an out of use Underground tunnel and a disused Battersea Power Station to create the dark and eerie visual atmosphere that permeates the film.

There are some minor flaws in the film, despite it staying true to Orwell’s source. The imagery of Big Brother isn’t quite as prominent as one would expect, and some of the slogans such as IngSoc are placed around without much explanation, as if there is an expectation that the viewer will already be familiar with what they mean. Other than these quibbles, this is a film that really stays with you thanks to the superb performances from John Hurt, Suzanna Hamilton, and Richard Burton, the taut direction, and stark imagery from director of photography Roger Deakins. 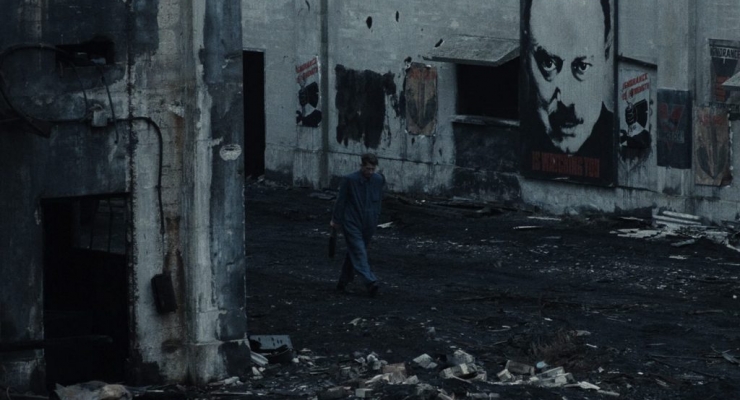 This new transfer of 1984 was supervised by director of photography Roger Deakins, created in 16-bit 4K on a Lasergraphics Director film scanner from the 35mm original camera negative at Deluxe in Hollywood. Dirt, scratches, debris, splices, and warps were manually removed using MTI’s DRS and Digital Vision’s Phoenix was used for jitter, flicker, small dirt, grain and noise management. The film arrives on Blu-ray in its original theatrical aspect ratio of 1.85:1 in an AVC 1080p encodement. A desaturated, nearly monochromatic film in bluish-grey to begin with, this is not a film that ‘pops,’ but this Criterion release looks wonderfully sharp, with a fine grain structure and extended shadow details. Flesh tones look a little pallid, but this is an artistic choice. Overall, this is a beautiful transfer with no real visible issues to complain about.

The original soundtrack for 1984 was remastered from the 35mm magnetic track using Pro Tools HD and iZotope RX. It comes in LPCM 1.0 and both the electronic score by the Eurythmics and the orchestral score by composer Dominic Muldowney are provided. Either one you choose, you get clear, concise dialogue and a reasonable amount of dynamics for a monaural soundtrack. The orchestral score can be rather quiet, but the “party anthem” really does standout and sound very natural. The Eurythmics’ score is a bit more forward, but less dynamic.

There’s an engaging selection of interviews and archival behind the scenes footage included with this release. The booklet is thinner than usual for Criterion, but still offers a great essay from writer and performer A.L. Kennedy.

A powerful film based on a powerful, timeless, and very pertinent to our times novel is given a gorgeous restoration with a strong, informative slate of special features.