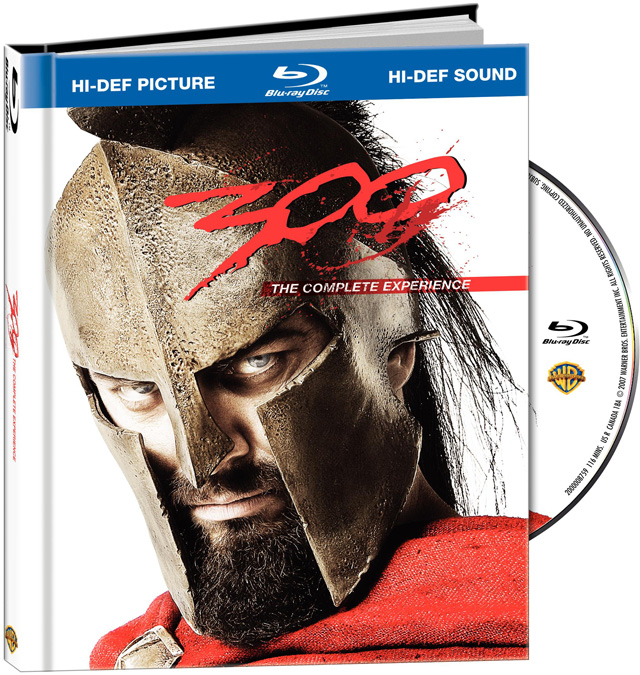 Sure, King Leonidas (Gerard Butler) and his group of muscle-clad, sword wielding warriors dish out a frenzy of testosterone-induced action with awesome bluescreen effects that will keep viewers balancing on the edges of their couches, but after a while the awful dialogue and absence of plot becomes too heavy a burden to bear over 300’s two-hour time frame. If narration like, “the seaborn breeze, coolly, kissing the sweat at his chest and neck. Gulls cawing, complaining, even as they feast on the thousands of floating dead,” will keep you entertained, then you’ll love every sweaty, bloody moment of 300, otherwise the moments between the gore and the dazzling effects will leave you chuckling to yourself. 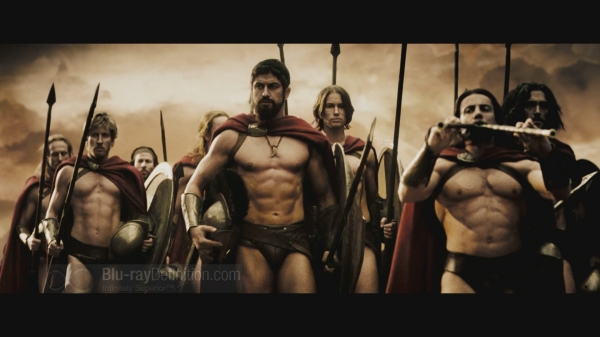 Of course, turning this ancient epic battle into something that will appeal to modern audiences is part of the trick. Frank Miller’s fascination with the story of the 300 Spartans as told by Zack Snyder and company on screen is rife with modern day rhetoric on patriotism and freedom. The glory of dying in battle for one’s country is bludgeoned into the heads of viewers before the literal bludgeoning begins. Therein lies the real appeal for the latter day moviegoer — there are impalements, beheadings, and all the slicing and dicing this side of Food Network one can handle. 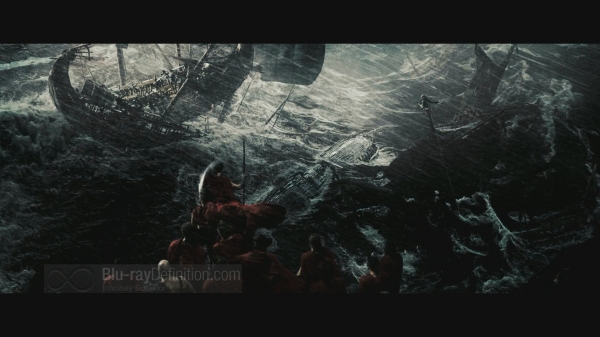 Long ago, in a galaxy far, far away, I owned the original, bare-bones release of 300 on Blu-ray from Warner. But now that copy resides some 1200 miles away with a woman I had the sad misfortune of getting involved with; I’m sure there are a lot of guys out there who can sympathize. So, when I compare this release to the previous version, I have to do it from memory and, if memory serves me correctly, the transfer on this reissue of 300 looks identical to the previous edition.

There were many viewers who complained about 300’s grainy picture, but make no mistake, the grain in 300 is absolutely intentional. The film’s graininess was digitally enhanced in the digital intermediate stage and anyone who has seen images of 300 before this VC-1 encoding from Warner knows that it is supposed to look even sharper and grainier than it appears here.

With that being said, 300 on Blu-ray looks well enough, with good contrast levels and strong detail and texture. Colors are intentionally unnatural and de-saturated with a sepia toned color palette. As such, flesh tones do not look realistic, but, again, that is not a consequence of the transfer. The transfer does have some weaknesses, however, and they come in the form of some occurrences of black crush and posterization. So, although the net result of the 300 transfer is one that looks pleasing if you don’t mind grain, it is certainly flawed and less than perfect. 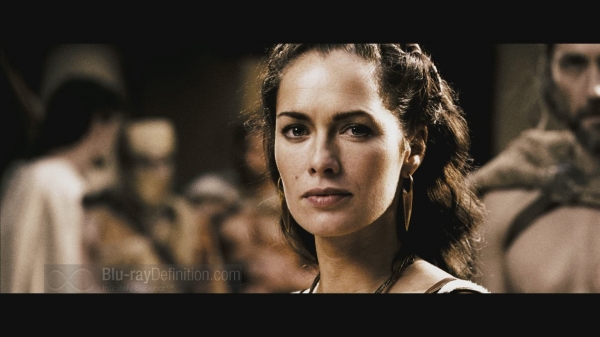 300: The Complete Experience is provided with a Dolby TrueHD 5.1 (48kHz/16-bit) lossless mix that is aggressive, lush with atmospheric sound effects from the very opening moments, and resounding with deep low frequency extension. The surround channels are occupied with many discrete sound effects; the front channels are used effectively for directionality, following action across the screen. Dialogue is clean and dynamic range is quite wide. The overall mix is rather entertaining and balanced, providing just the right amount of excitement during the relentless combat scenes. This is certainly a mix that can be used to showoff the best of home theatre sound systems. 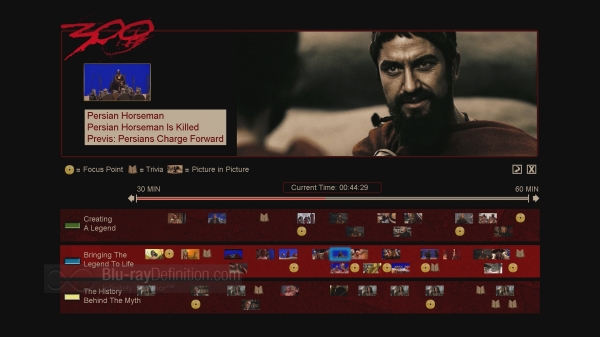 There would be no reason for Warner to reissue 300 were it not for the abundance of new bonus features that have been added to the release above the previous bare-bones version. Making full use of Blu-ray’s superior capacity, bandwidth, and interactive features, Warner has put together a compelling value added package with 300: The Complete Experience on Blu-ray that makes it an enticing double-dip item. Additionally, 300’s package has been redesigned and it now comes in one of Warner’s Digibooks with a 40-page color book with exclusive photos, cast information and more.

The Complete 300: Comprehensive Immersion — An interactive, BD-Java based, picture-in-picture feature that allows viewers to select between three different informative perspectives to watch during the film: 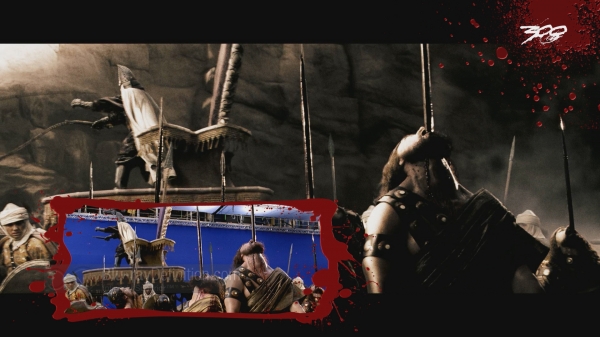 300 may make for a wonderful bit of pop culture and as far as graphic novel adaptations go, it is hardly the worst there is out there, but it is not a great film. It is mildly entertaining even as it becomes quickly tedious. Thankfully, Warner has fortified this home theatre favorite with an abundance of supplements that may well make it worth a double-dip for those early adopters who already own this title and enjoy it.