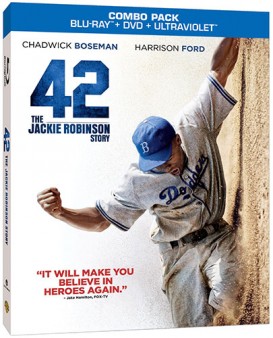 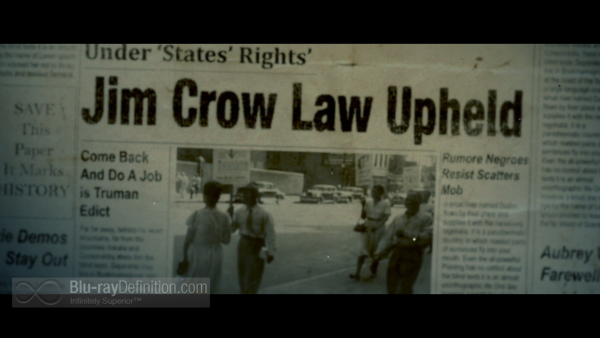 Biopics and docudramas are tricky formats to master. They can come off seeming sleazy and campy, like the recent made-for-TV travesty Liz & Dick, or they can seem too reverent of their subjects, like the recent J. Edgar, and end up never really exploring the complexities of a person’s personality and life. 42, from writer/director Brian Helgeland falls somewhere into this latter category. The sports biopic/docudrama tells the story of the historical 1947 Major League Baseball season that would see Jackie Robinson (Chadwick Boseman) breaking the color line as he joined owner Branch Rickey’s (Harrison Ford; Raiders of the Lost Ark) National League Brooklyn Dodgers. Robinson, spurred on by the ardent support and encouragement of Rickey, would accept the offer to become the first black player, but Rickey would also urge him not to fight back in a season that would see Robinson him face terrible racism and bigotry from opposing players, fans, strangers, and even his own teammates.

While 42 is finely filmed, especially some its baseball sequences that really give you that sense that you’re back in the dog days of summer in 1947 and out at the ballpark, the film fails to truly tackle the social issues, or even satisfactorily link it to contemporary times. Instead, Helgeland is satisfied to give us the typical Hollywood platitudinous narrative with characters that are no more than archetypes. Branch Rickey is the encouraging White father figure. Jackie Robinson is the stoic Black oppressed figure who must bear his insults. Pee Wee Reese (Lucas Black) is the White southerner from Kentucky able to overcome his racist background and accept Robinson as an equal. The film ends at the end of the 1947 season informing us that Robinson was awarded the Rookie of the Year award. All is right in the world and America. Only it wasn’t and it still isn’t. I’m reminded as I write this of the recent George Zimmerman trial and the racial debates swirling around that, in 2013. That Helgeland gives us a film set in 1947 around such an iconic figure with only broad observations on the state of race and the implications of Jim Crow or, as often gets forgotten, fails to mention that Robinson was not the first black player in baseball, just the first black player to be allowed BACK into baseball (see Ken Burns’ Baseball), is a failure at best and an insult to our intelligence at worst.

As a feel good film for all those disillusioned with the American dream or the loss of purity in the game of baseball due to the influence of steroids and big money, this may score a home run. Otherwise, this is just another average docudrama. 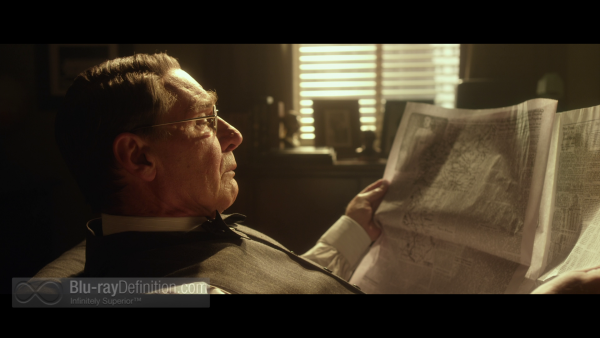 42 was shot in high definition using the Red Epic camera and Zeiss Ultra Prime and Angenieux Optimo lenses. Warner brings it to Blu-ray in a 1080p AVC/MPEG-4 encodement that, apart from some slight digital anomalies like faint banding and some rare instances of posterization, looks rich, clean and detailed. The contrast is strong and detail in darker areas is nuanced as well. The outdoor sequences of the baseball games look vibrant and colorful. Close-ups yield a fine amount of textural information as well. 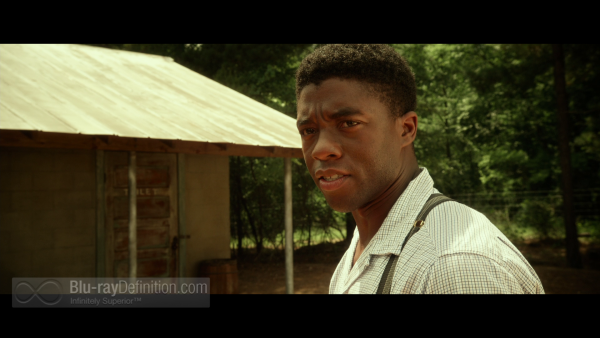 The main sound offering is the DTS-HD Master Audio 5.1 (48kHz/24-bit) track that doesn’t quite qualify as aggressive, but hits just the right balance between discrete sounds and atmospherics for this sort of docudrama. The baseball sequences have a naturalistic, outdoor, “at the game” sound, with the din of the crowd around you, but not overwhelming you. Dialogue is clean and the score sounds smooth and airy. 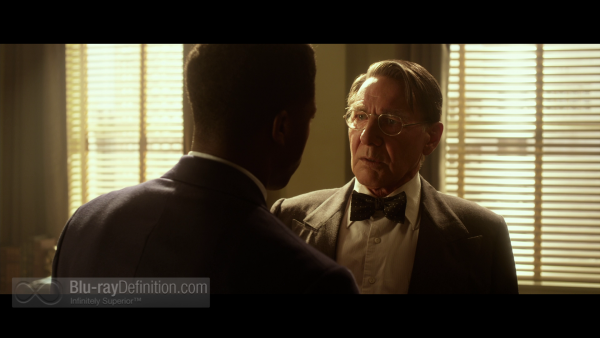 The limited offerings here are pretty self-evident in their topics by their titles. The set also includes the prerequisite DVD and digital copy. 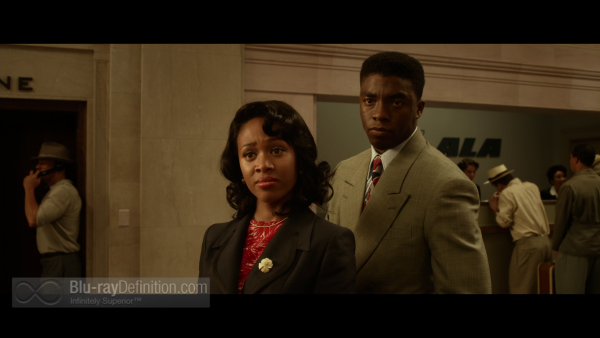 42 provides a pleasurable home theatre experience for baseball fans, but as a biopic and docudrama, its platitudes, reverence Jackie Robinson, failure to really explore the complexities of its topic, and feel good aura make it middling at best. 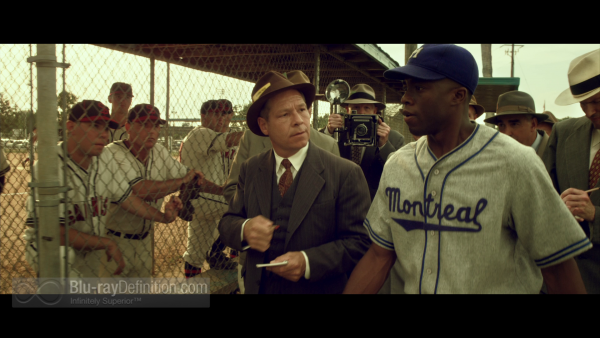 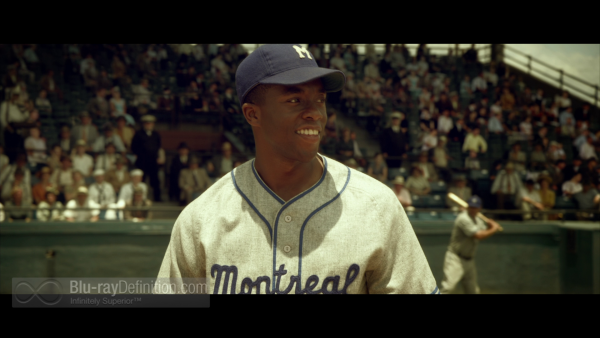 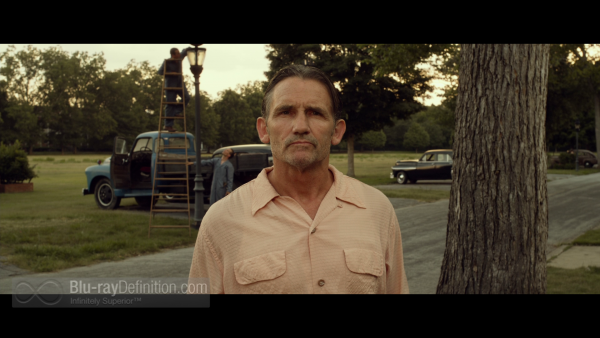 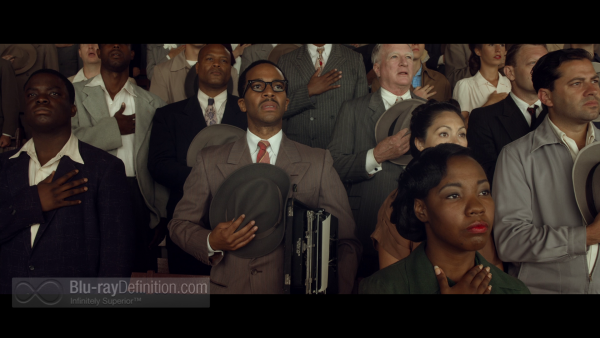 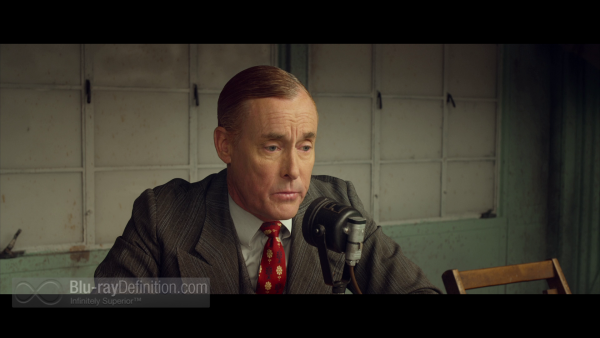 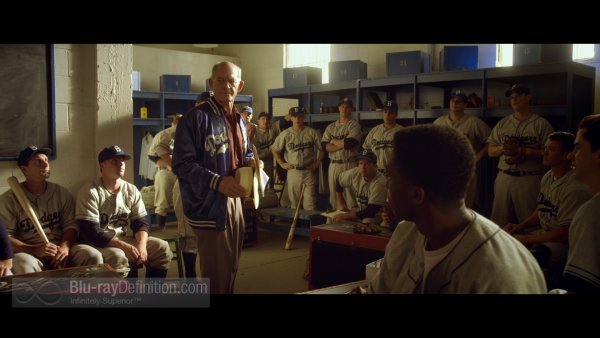 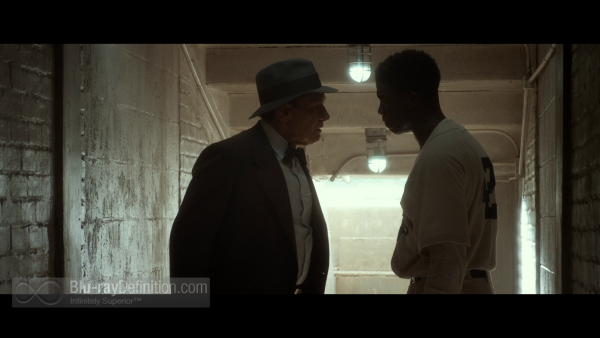 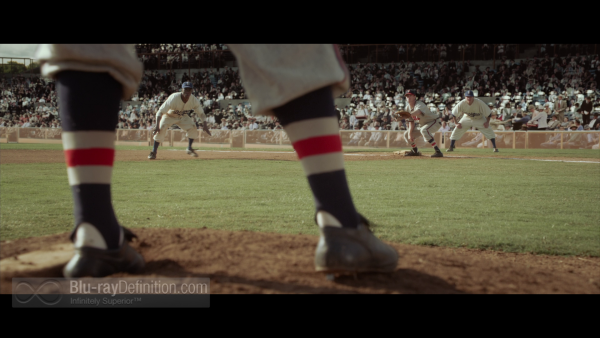 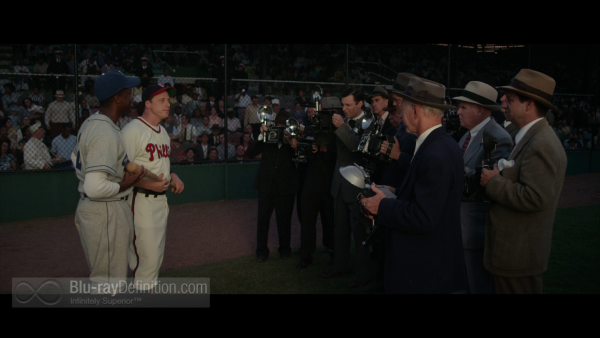 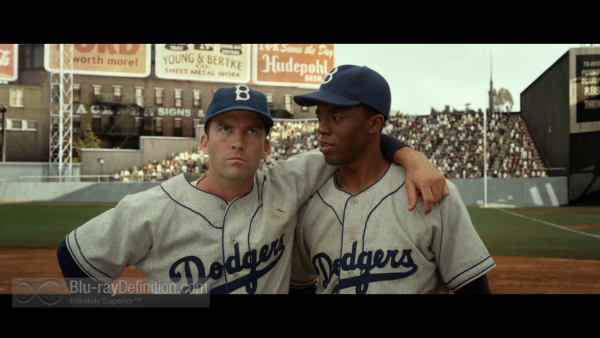