The Agony and the Ecstasy Blu-ray Review 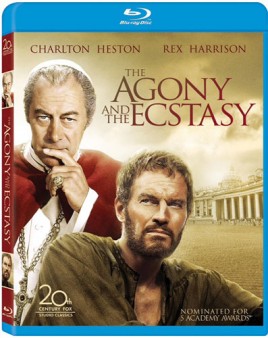 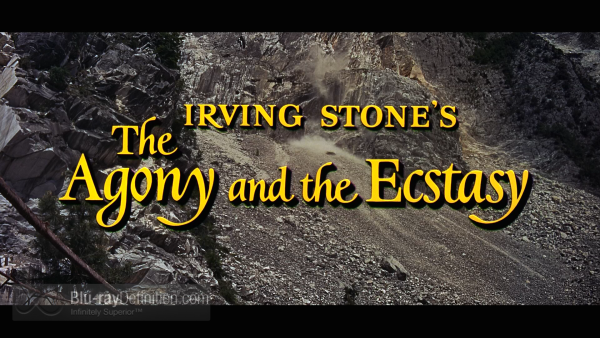 If you have ever been to the Vatican and looked up at the ceiling of the Sistine Chapel you will have witnessed a miraculous scene, The Creation of Adam, that was part of a much greater fresco, four years in the making. The Agony and the Ecstasy, based on Irving Stone’s literary account of the period during which the Sistine Chapel ceiling was painted, was the collaboration of script writer Philip Dunne, producer/director Carol Reed, and two screen giants, Charlton Heston (Michaelangelo) and Rex Harrison (Pope Julius II). 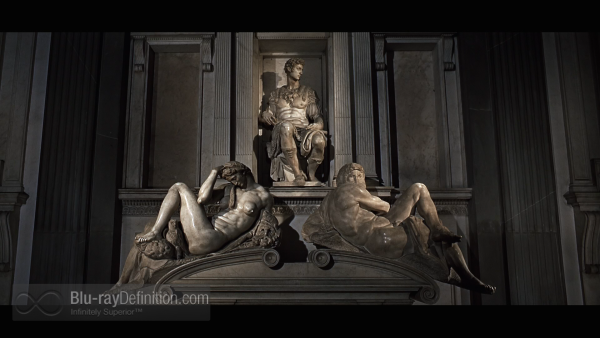 After a brief documentary on Michaelangelo’s life and creations, we see the Pope’s conquest of another Italian town while Michaelangelo is working on the first statue for the Pope’s eventual tomb. The Pope recruits Michaelangelo to work on the rebuilt St. Peter’s Basilica in Rome. Although the artist protests, claiming that he is a sculptor rather than a painter, he takes on this assignment. A larger offer from the Sultan of Constantinople makes him consider rejecting this task but the Contessina di Medici (Diane Cilento) and her brother (Adolfo Celi) makes Michaelangelo have second thoughts about accepting the Turkish commission (after all, the Countessina is in love with him). 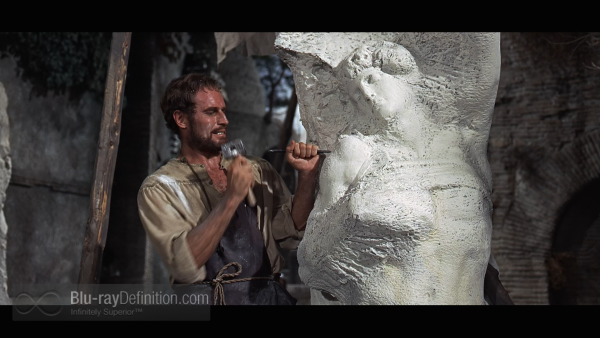 Michaelangelo finally accepts the challenge of the giant fresco but must redesign the platform so that, unlike the one built by the architect and rival Bramante (Harry Andrews), it does not touch the ceiling of the Sistine Chapel.  Part way through the project, Michaelangelo disappears from Rome and becomes the object of a papal manhunt. Actually, he has fled to the comforting quarries of Carrara where a cloud formation inspires the painting of scenes from the Book of Genesis. 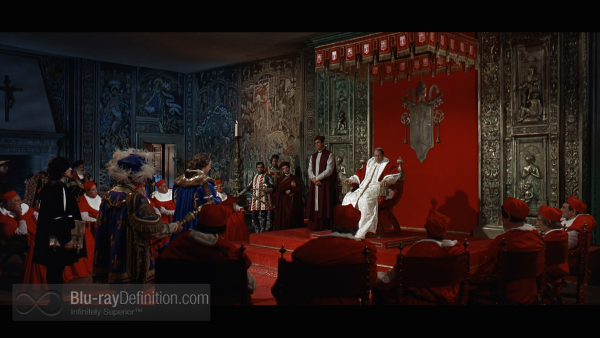 When the artist returns to his project there is continued tension with the Pope who fails to pay him on time and who insists that the painting is taking too long to complete. Michaelangelo overcomes incredible obstacles but his persistence and long hours take a toll on his health. The conflict between Pope Julius and Michaelangelo escalates, the commission is withdrawn, and work on the fresco ceases. The Pope’s military campaign is faltering, he is wounded, and Rome is on the brink of being conquered by the Vatican’s enemies. Michaelangelo returns to continue the painting, and, in a watershed moment, he and the Pope discuss the artist’s concept of God and Adam, a brilliant dialogue that summarizes the essential conflicts between church, state, and human beings. The eventual outcome of this story is well known to most viewers but is given a very personal touch, as seen through the fresh eyes of the this film. 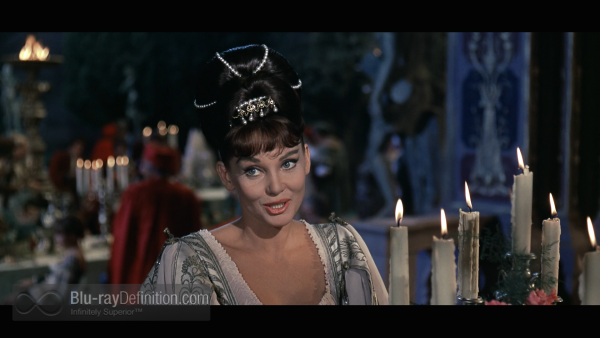 The recipient of five Oscar nominations for Art Direction, Costume Design, Score, Sound, and Cinematography, The Agony and the Ecstasy might have come away empty-handed from the awards show, but remains a magnificent film. 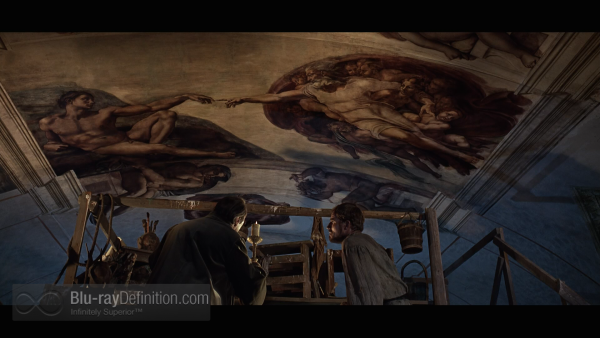 Another epic film from the 20th Century Fox archives, the restoration of this nearly half-century old print, in its superior Todd-AO version, is nearly beyond belief. Colors are vibrant, details sharp, and there is very little grain, blur or motion artifact. In fact, the close ups are good enough to highlight the lips of the numerous Italian actors whose lines are dubbed in. Leon Shamroy’s camera crew gives viewers an excellent appreciation of the vast scope of this film with frequent crowd scenes and magnificent exterior and interior shots. 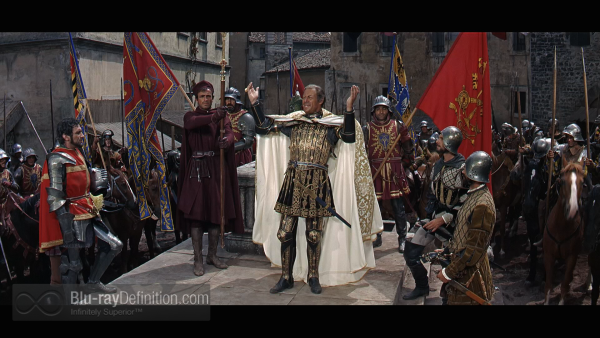 The DTS-HD Master Audio 5.1 soundtrack is often boxy and with compression in the louder passages. There are stretches of obviously matrixed two-channel audio with very little ambience.  Alex North’s expansive score (with uncredited assistance from Jerry Goldsmith) gets better treatment than the dialogue. 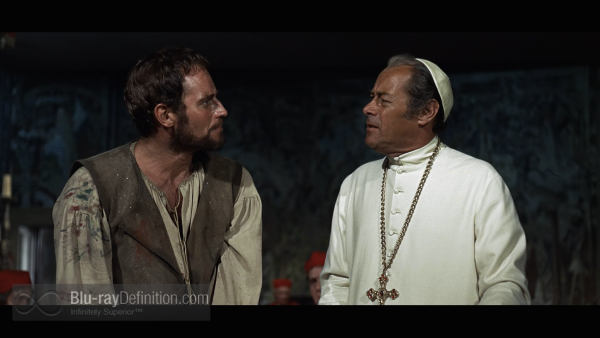 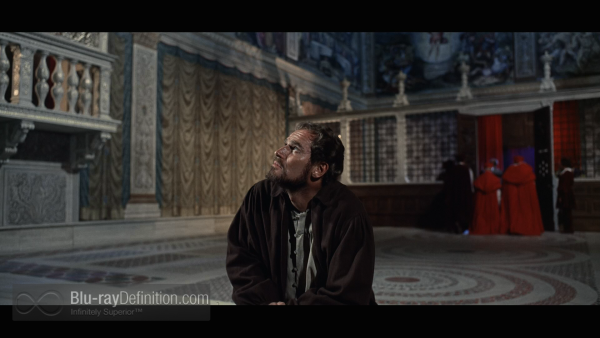 A larger than life film, The Agony and the Ecstasy pits two strong screen presences against each other and both come up winners. The story behind one of the greatest artistic achievements of all time yields an absolutely riveting movie that must be seen and seen again. In its first Blu-ray incarnation, a highly recommended watch. 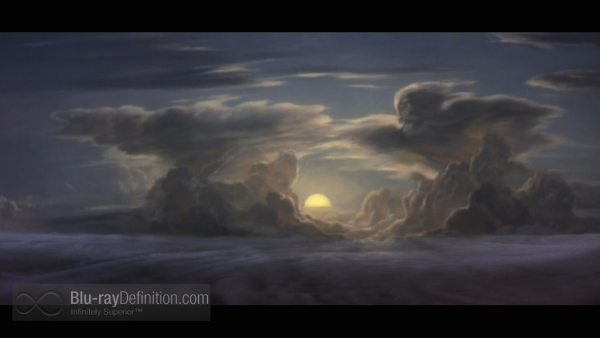 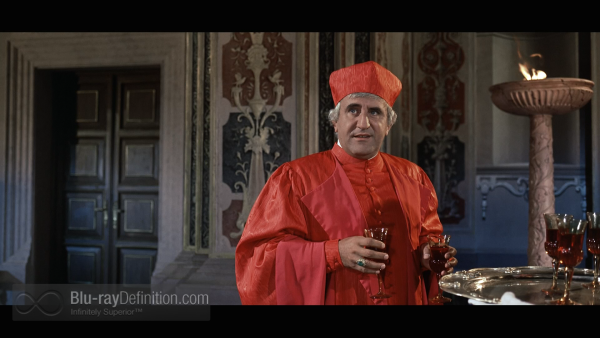 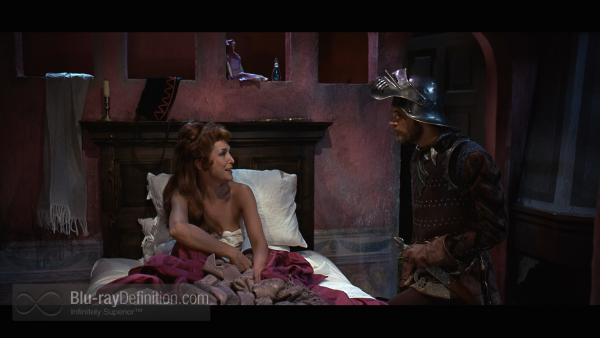 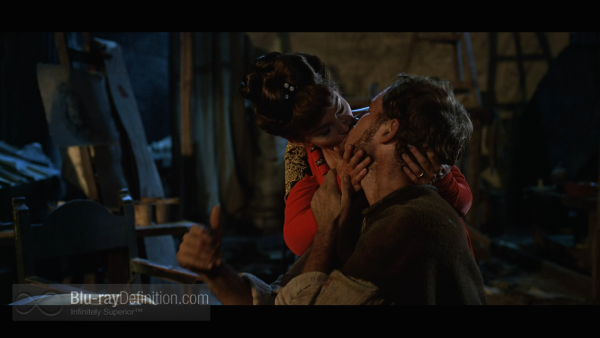 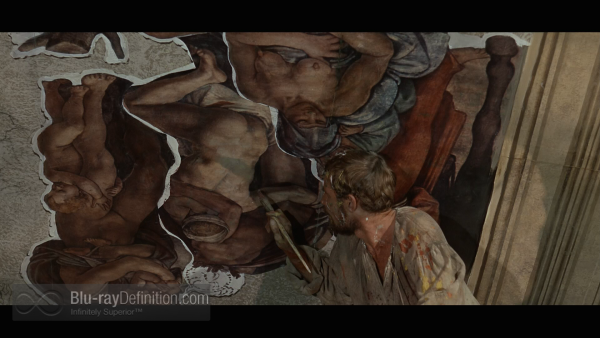 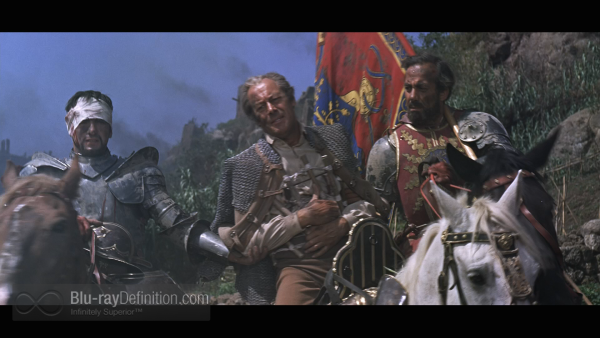 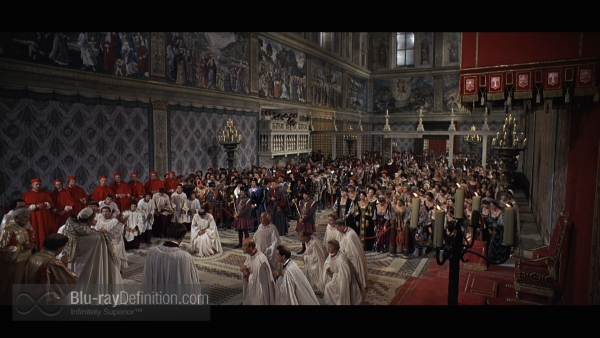 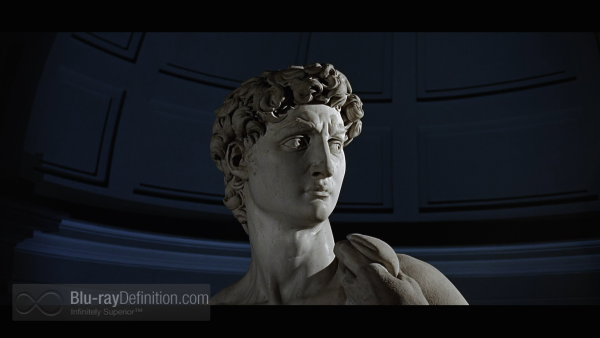