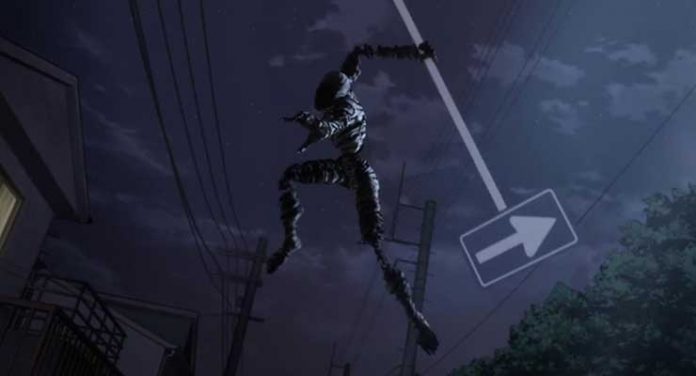 During his time on the run, Kei learns more about his new condition while an underground group of Ajin who found out about secret experiments using Ajin launches a counterattack against the government and pharmaceutical company what was undertaking them. Their leader, Satō, wants to recruit Kei and other Ajin to bring the fight for the Ajin to the powers that be, but Kei pretty much wants to be left alone to live a peaceful life, something he finds or a time in the countryside living with an elderly lady who takes him in. But when he is found by the police and Satō leads a major violent attack in the city, Kei must finally stop dithering and make a decision about what to do.

In the second season of Ajin: Demi-Human, Kei is no longer on the run. He has decided to fight Satō head on and ally himself with Tosaki Yū and his Ajin partner Shimomura Izumi as well as other Ajin and non-Ajin, just as Sato launches his second wave of attacks on Japan demanding Ajin rights and autonomy, but, as with all things surrounding the violent and devious Satō, there’s more to his plan, and his unpredictably and downright glee at fighting makes him a dangerous foe.

The second season of this series does not fail to deliver on the promise of season 1. The characters expanded nicely, especially Kei who goes from somewhat of a self-centered teen looking only to “live a quiet life” to an outward thinking young adult that, though still self-motivated, is now more willing to work with others to take down is nemesis for the greater good.

The horror, thriller, action, and fantasy elements of this series are all heightened in what is an intensified second season. The level of action is stepped up slightly and the writing keeps one on the edge of the seat with the various twists and stunning revelations.

Ajin: Demi-Human Season 2 comes to Blu-ray in an AVC 1080p encodement. The original digital animation looks superior to the streaming version as originally seen on Netflix’s HD stream via both my Roku Premiere+ and Apple TV 4K via a 75Mbps Fios broadband account and wired Ethernet connection, but it is still not flawless. There is color banding that I have come to believe is inherent to the production techniques that Polygon Pictures uses in their 3DCG style. There’s also a slight lack of crispness. Still, this particular release doesn’t have the heavy banding that I have seen in some of the Polygon releases from Sentai that initially streamed in 4K Ultra HD w/ HDR such as Knights of Sidonia or Blame!.

Ajin: Demi-Human Season 2 comes with the original Japanese-language audio in a DTS-HD Master Audio 5.1 mix and an English and Spanish dub in DTS-HD Master Audio 5.1. The sound is fantastic with wide dynamic range and a booming low end that has the numerous explosions, collisions, and body-blows really landing with massive impact. Dialogue is also clear and we get lots of atmospherics as well as solid effects in h surround channels. I checked out the English and Japanese tracks for this review and both were performed well. My preference falls to the Japanese, but the English cast are no slouches. I did find one or two grammatical errors in the subtitles. The OVA movies are provided only in Japanese DTS-HD Maser Audio 2.0 stereo with English subs.

Apart from the clean opening and closings for the series and Sentai Filmworks trailers, third Blu-ray is provided with the two OVA movies Confront and Collide. These basically condense the story of season one.

Netflix has themselves a winner in this intense horror/thriller 3DCG anime series and it has sustained its creativity and dark drama through its second season without pause. The Blu-ray release is not a disappointment.

Ajin: Demi-Human Season 2 is out on Blu-ray from Sentai Filmworks April 10, 2018