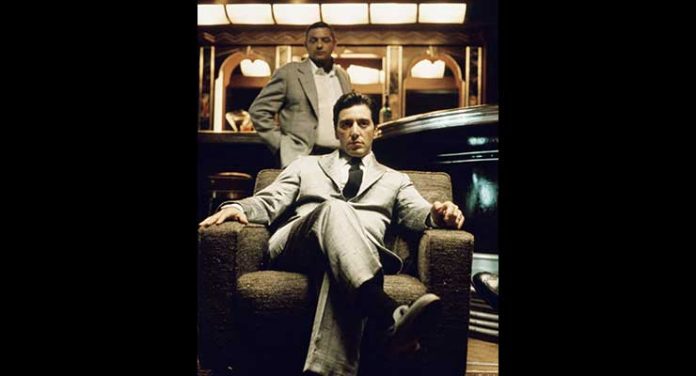 After a brief prologue that chronicles a young Vito Corleone’s 1901 transatlantic passage from Sicily to America, the second installment in The Godfather trilogy returns viewers to 1958 as young Anthony Vito Corleone, son of Michael (Al Pacino) and Kay (Diane Keaton), receives his first communion in Lake Tahoe, Nevada. These stories of past and present will intertwine several times during The Godfather: Part II and fill in the Don’s backstory and rise to power. With the old Don gone, the Corleone family of the 1950s has shifted its business from New York to Las Vegas and, in so doing, must make new friends and eliminate enemies all over again. The challenge is dealing with old NYC contacts like Frankie Pentangeli (Michael V. Gazzo) and Michael’s off-kilter brother Fredo (John Cazale). A wake-up call occurs when the Corleone family house comes under attack and consigliore Tom Hagen (Robert Duvall) is put in charge.

While Michael tries to reestablish his life, as he and his family knew it, everything changes, and the armed camp approach is unappealing. Switching back to the early 20th century, young Vito (Robert DeNiro) begins his ascent to Godfather. Returning to the present, Michael connects with Hyman Roth (Lee Strasberg), the kingpin of the gambling world, and suspects him of being responsible for the attack on his family. The scene shifts to Havana, Cuba where Michael meets Roth again as he contemplates a business deal there. When Michael becomes concerned about the stability of the government, he beats a hasty retreat to the States, and, as President Fulgencio Batista (Tito Alba) abdicates, chaos overtakes the island.

Back to the past, Vito is being “squeezed” by local crook Don Fanucci (Gastone Moschin). He meets with young Clemenza (Bruno Kirby) and Tessio (John Aprea) in an effort to get out from under Fanucci’s thumb and ends up shooting the older man to death during a festival. The young Don is now moving up the ranks and opens the Genco Pura Olive Oil Company as a front for his underworld business.

Returning to the 1950s, an ongoing Senate investigation of the Corleone crime syndicate gets some damning evidence from one of the Don’s “buttonmen,” Willi Cicci (Joe Spinell). On the stand, Michael begins to take considerable heat from the Senators while waiting in the wings to testify against him is Frankie Pentangeli. The Godfather: Part II still has some plot twists in store as the saga of this crime family moves inexorably toward another stunning conclusion.

This second collaboration between Francis Ford Coppola and Mario Puzo is just as successful as the original Godfather film and garnered six Oscars, including Best Picture, Best Director, and Best Adapted Screenplay. Once again, we get the fabulous synergy between Nino Rota’s luxurious score and Gordon Willis’s cinematography that smartly blends the past with the present (at least for the Corleone family). 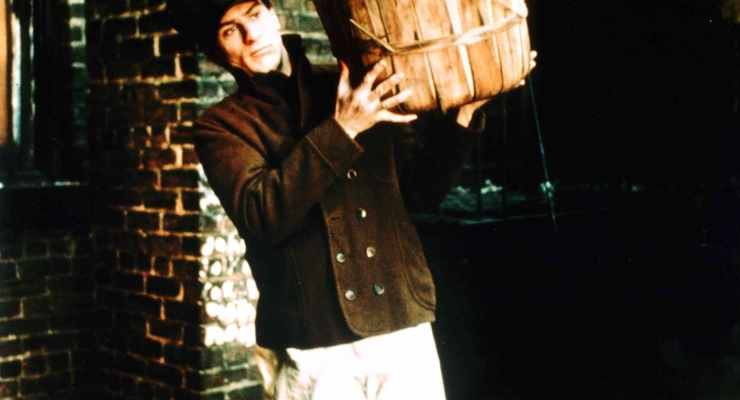 Like The Godfather, this was a 35 mm film that was digitally restored in 4K resolution on a SPIRIT 4K console using ARRI film recorders. Robert A. Harris supervised this restoration and while it is a bit better than its predecessor, there are still patches of grain, black crush, and in some of the close-ups, noticeable etching. Colors, when they are on display, particularly in the Havana nightclub seen, are excellent.

The original soundtrack was mono and the Dolby TrueHD 5.1 option comes into play during the music and does deliver very clear dialogue.

The Godfather: Part II is a more complex and longer film than the original Godfather with its occasional excursions to the past. Even so, Francis Ford Coppola’s team delivers another winner and one that, with the exception of the inevitable deterioration of the film’s substance, is every bit as compelling as its predecessor. A self-recommending crime epic and a must-own movie, particularly at its bargain price, if you do not already own the Blu-ray set of the complete trilogy, complete with a disc of extra features.