All the Way (TheaterByte Blu-ray Review) 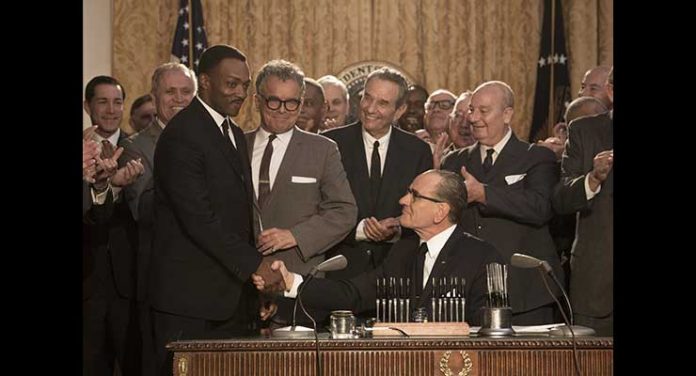 All the Way received eight 2016 Emmy Award® nominations including Outstanding Television Movie and Outstanding Lead Actor in a Limited Series or Movie (Bryan Cranston, reprising his Tony® Award-winning role). The HBO Original film follows the life of U.S. President Lyndon Johnson (Cranston) from the time following the assignation of President Kennedy to his time running for office his own right. During that time period, Johnson would work with Dr. Martin Luther King, Jr. (Anthony Mackie) to pass the Civil Rights Act, isolating the leaders of the Southern Democratic Party that helped to bring him into power. Robert Schenkkan’s teleplay from his original stage play is effective at showing Johnson as the assertive and imposing, arm-twisting leader he needed to be to get such legislation passed across party lines during such tumultuous times. Director Jay Roach does a fine balancing act with the material, letting us see Johnson as both someone politically motivated to drag his party into the present and the future kicking and screaming, and as someone who had heartfelt reasons for doing what he did. Cranston is good at portraying Johnson as the flawed hero. It is Mackie that is in the background as Dr. King here, but All the Way isn’t meant as a biography of King, but more of an overview of the conflict-riddled presidency of Johnson. Johnson’s legacy of the Civil Rights Act and Voting Rights, as well as the War on Poverty would be tarnished by his increasingly futile escalation of the war in Vietnam. 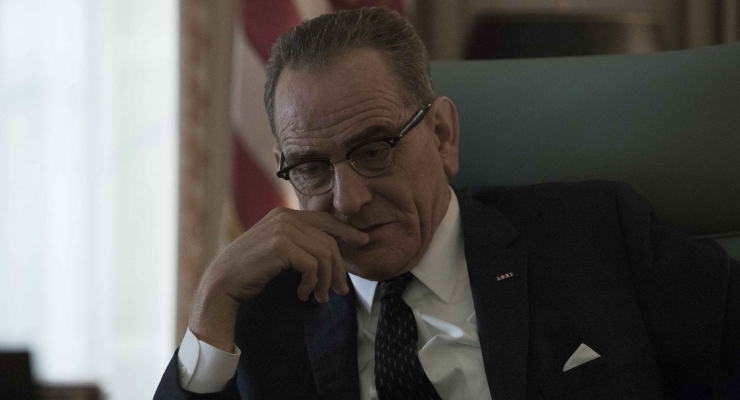 All the Way was shot in HD on the Arri Alexa XT with Leica Summilux-C lenses, but it has a pleasingly filmic appearance and like most HBO releases on Blu-ray, the AVC 1080p transfer is a solid one with sharp detail and a clean image free from issues like aliasing, edge enhancement and macroblocking. I didn’t spot any color banding and the shadows were nicely nuanced. The color palette it not one that really pops, but it isn’t meant to; it has more of an historical patina that lends it an authenticity.

The English DTS-HD Master Audio 5.1 soundtrack is basic but good for the material. The dialogue is clear and the surround channels carry some low-level atmospherics. Dynamics sound natural, but range isn’t very wide. Low-end extension is not much of a factor given this is very dialogue-driven.

The included supplements are disappointingly slight given the historical significance of the events depicted in this TV movie. There’s an under two-minute long featurette showing the makeup effects used to make Bryan Cranston more closely resemble LBJ, and a ten-minute featurette that briefly references the historical events with interviews with the cast and crew.

Cranston is brilliant in what is a riveting if albeit far too abbreviated look at the presidency of Lyndon Johnson. The acting all around is well done and the direction taut. The Blu-ray from HBO is a pleasing way to watch.