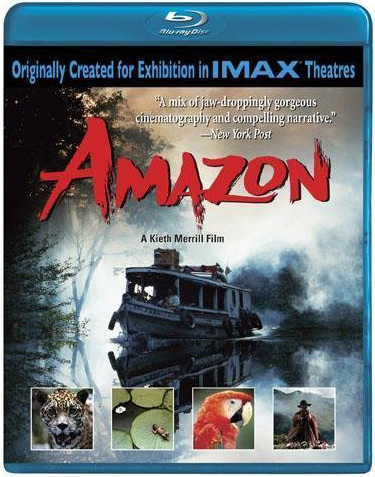 The Amazon rainforest is a vast jungle that encompasses seven million square kilometers of the Amazon basin. Its countless animal and plant species provide immeasurable sustenance to the global ecosystem that cannot be overstated. There are species that have yet to be discovered dwelling in its canopy of endless greenery, but it is coming under increasing pressure form modern development and forestry.

This IMAX feature, Amazon, chronicles a scientist desperately seeking the knowledge of the secluded indigenous peoples who dwell deep in the forests of the Amazon. Their insight into medicinal properties of the natural remedies of the Amazon is in danger of being lost to history, as are the remedies themselves, if they should be wiped out by deforestation. 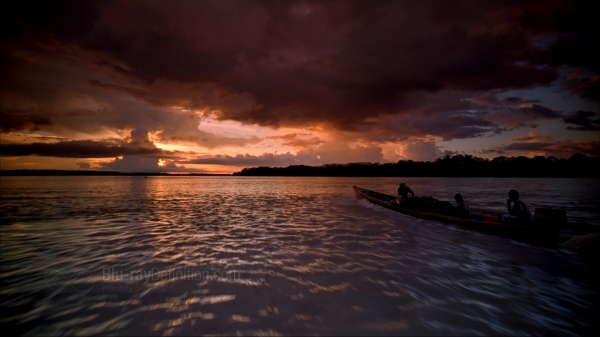 The film is filled with beautiful imagery of the Amazon basin, aerial views of the Amazon river rushing relentlessly towards the sea, and the people and creatures who inhabit the surrounding areas on the river’s journey. The narration by Linda Hunt is engaging, drawing viewers into the story and the plight of this beautiful part of the world.

Enchantingly filmed with a focus on both the wildlife and the people, Amazon is one of the better IMAX exhibition films to come to Blu-ray in a long while, in terms of its content; it’s surprisingly thorough, given its brevity. I’d recommend it based on its content to anyone who enjoys well-made documentaries. 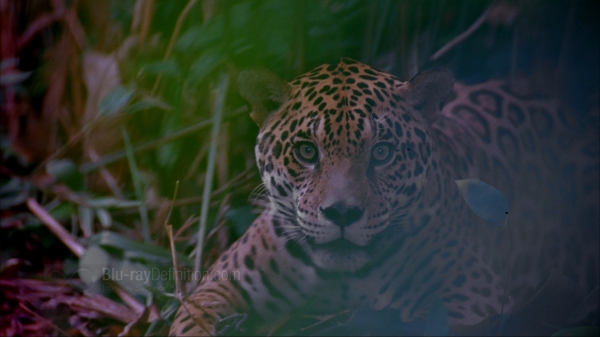 After reviewing Journey into Amazing Caves from Image Entertainment, which was an unusual visual disappointment, Amazon was a bit of a revelation on Blu-ray Disc. This IMAX exhibition title shows off the high-resolution 70-mm large format and dazzles with an array of lush colors, from the verdant greens of the rainforest, vermillion reds of the indigenous garb and some occasionally sharp detail. Still, the source suffers from plenty of dirt, scratches and dust apparent, and contrast tends to bloom and clip in some spots and detail softens a bit in background shots. Close up shots yield the most detail, looking the cleanest and clearest. Overall it is a pleasing 1.78:1 VC-1 transfer, but this won’t rival the best large format transfers like Baraka or even Image’s own Grand Canyon Adventure: River at Risk. 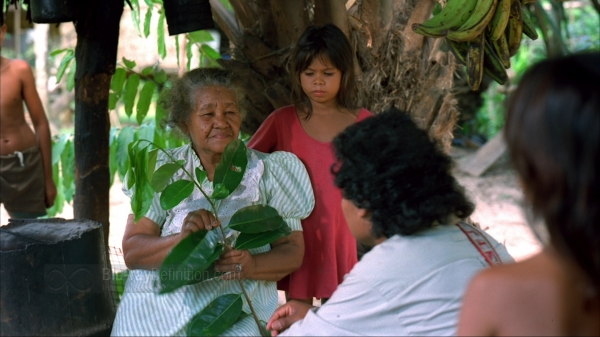 Amazon offers only an English DTS-HD Master Audio 5.1 lossless soundtrack, but it enough to show off any home theatre sound system.  All six channels are put to good use as listeners are surrounded by the sounds of the rainforest, and thunderous rainstorms roar whilst awakening the subwoofer with oodles of low frequency information. Linda Hunt’s engaging narration is clean, natural and intelligible in the centre channel and the musical score is balanced into the action tastefully. 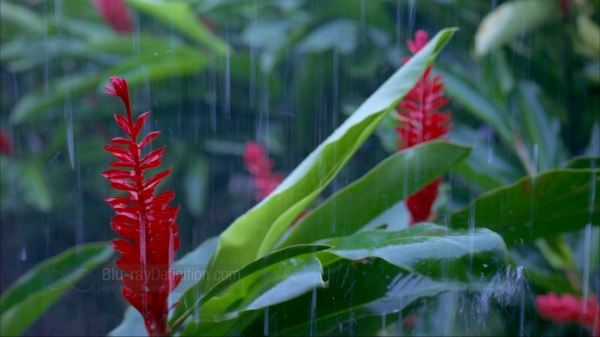 As interesting as the main feature is, the supplemental features are equally dull. There is the standard promo for MacGillivray Freeman Films, which feels very much out of place on this disc, given this is not a MacGillivray Freeman film. There’s also the obilgatory slew of IMAX trailers from Image and a BD-Live option which offers a few more promos and trailers. 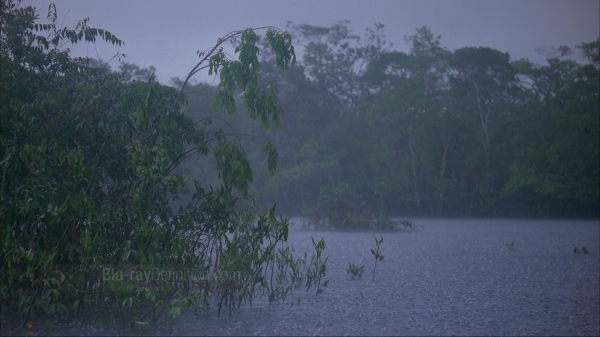 Amazon on Blu-ray is an interesting IMAX documentary that offers some occasional eye candy for those out there looking to show off their HD displays, and comes with a definite reference-quality lossless soundtrack, but it falls just-short of the best nature documentaries available on Blu. Viewers may want to rent this one first before deciding if they want to add it to their collections permanently.