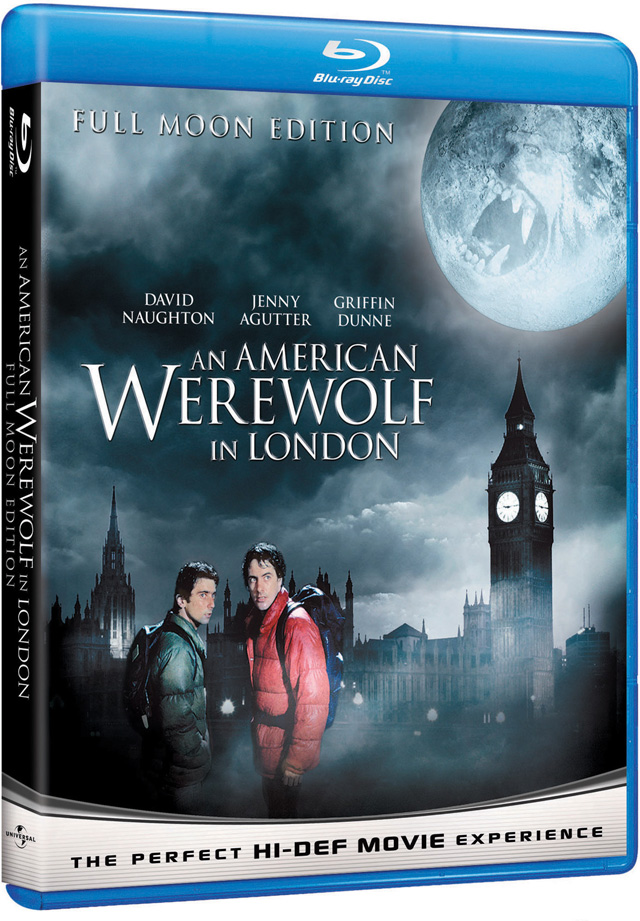 The story is about two American college students, David Kessler (David Naughton) and Jack Goodman (Grffin Dunne) traveling through the moors of Northern England when a beast of some sort attacks them. Jack is killed, but David survives only to awake three weeks later in hospital in London. Not remembering what happened to him, he’s told by his doctor (John Woodvine) and his attractive nurse, Alex (Jenny Agutter), that an escaped mental patient attacked him. Soon, however, David begins having vivid dreams and starts seeing his friend Jack appear to him as a living corpse. Jack tells David that the two of them were attacked by a werewolf, that David will turn into one as well at the net full moon and begin to kill people. Telling David that he’s been condemned to drift in purgatory as long as the last werewolf line lives, Jack begins to urge David to take his own life to stop the cycle. 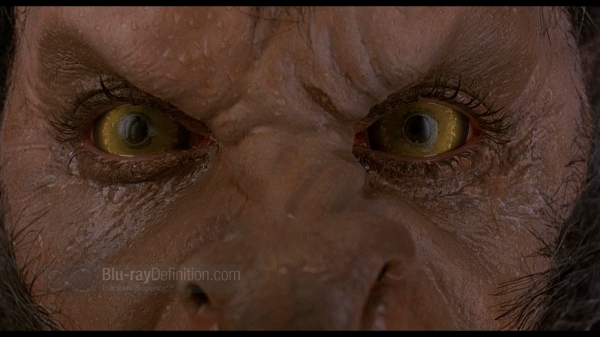 Eventually David is released from hospital and moves in with Alex, but he is still tormented by his dreams and visions of his friend Jack, until finally the full moon arrives and he goes on a rampage through London.

An American Werewolf in London is a slow burning horror film, nothing like the horror of today. It’s almost amusing to think now that the film had problems getting past the ratings board in its original cut. More campy than gory, it was nevertheless innovative for its time and did in fact win an Oscar for makeup. It would go on to influence the long-form music video for Michael Jackson’s “Thriller,” and become a perennial Halloween classic. 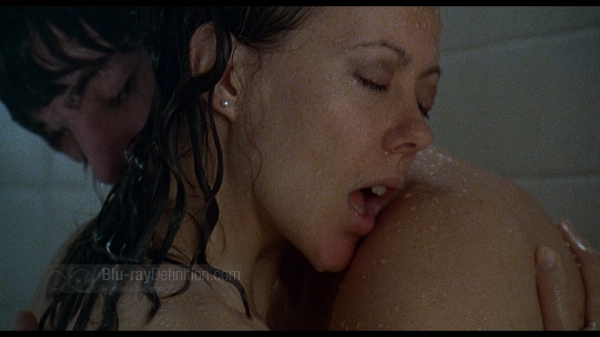 After being available on the now defunct HD DVD format from Universal, An American Werewolf in London finally arrives on Blu-ray in a 1080p/24 VC-1 high definition encoding.  Unfortunately, the transfer for the film is middling. There are portions of American Werewolf in London that look like the negative has been dragged through a sewer and not even the relatively high ~30Mbps bitrate can rescue it. There are other moments, however, where the film looks clean, sharp and vibrant.

Grunginess aside, the transfer has a definite film-like quality to it. Black levels are deep and inky, but they tend to crush on occasion, causing a loss of detail in some dark areas. There is also some visible fluttering in the image from time to time. In all I would have to say that An American Werewolf in London is one of the weaker looking catalogue releases to come to Blu-ray, but that it is still going to look better than DVD. Detail is certainly stronger than the standard definition counterpart. 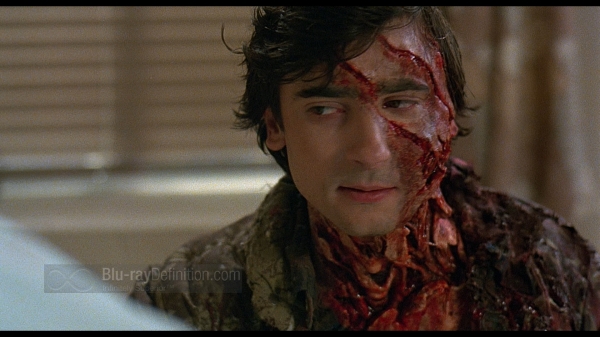 An American Werewolf in London shows up on Blu-ray Disc with an English DTS-HD Master Audio 5.1 lossless mix that is fully immersive and effective in drawing the listener into the film. The complete soundstage is filled with atmospheric sounds and discrete sound effects, from thunder and traffic noise to the howling of werewolves. During moments when the film’s classic rock soundtrack is prevalent with the songs of Van Morrison or Creedence Clearwater Revival, low frequencies are extended with enough authority to grant good musical heft and the soundstage opens up pleasantly. Dialogue is intelligible, but occasionally shows some signs of clipping.  Overall, however, Universal has done a solid job bringing this classic soundtrack back to life on Blu-ray Disc. 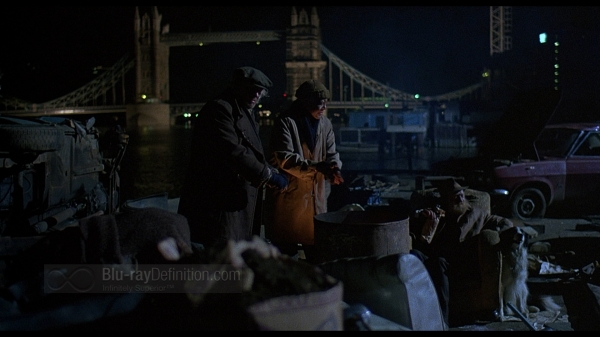 An American Werewolf in London on Blu-ray has been packed with a ton of bonus features that, although mostly in standard definition, are entertaining and informative and sure to keep fans occupied for at least a few hours. 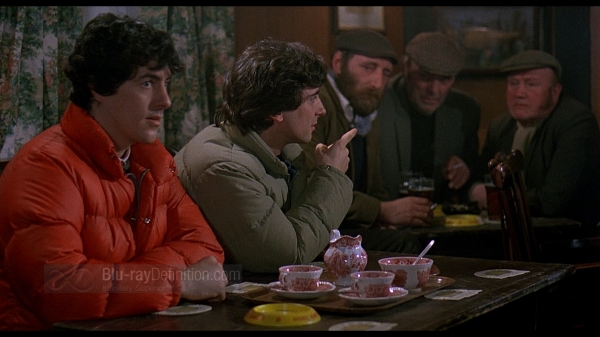 John Landis’ classic horror film may not look especially great on Blu-ray Disc, but it certainly sounds good for a film of its era and with the added value of bonus features, it’s going to be a difficult one to pass up for this upcoming holiday season.