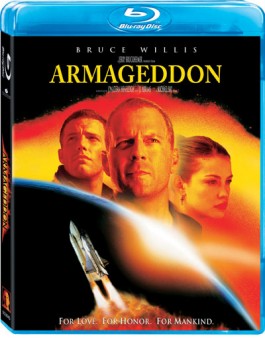 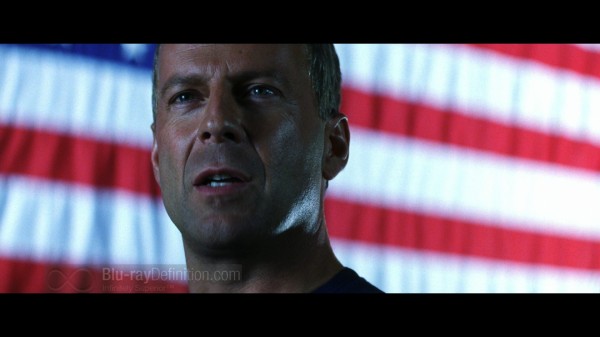 Armageddon arrived in theatres shortly after Deep Impact, the similarly themed disaster flick that also concerned itself with having to destroy an asteroid hurtling towards Earth. Unlike the latter, however, which itself was hardly an exercise in the high art of dramatic writing, Armageddon was a ridiculously unimaginative and hyperactive onslaught of special effects and bad pop science that could only come out of the Hollywood big budget movie machine.

Directed by Michael Bay (Transformers; The Island), the film is a frenetic assault on the senses that took six writers to bring to the screen — that is always a bad sign. The story is that a rogue asteroid is hurtling towards the planet and there are only 18 days to stop it. The brilliant minds at NASA come up with the plan to drill into the asteroid and blow it up with nukes, but they need someone skilled at deep core drilling; in steps Harry Stamper (Bruce Willis) and his crew of miscreants to take on the task. They are enlisted by NASA after, among other things, being promised they’d never have to pay taxes again.

The movie then concerns itself with the crew’s crash course training for the first half, with some shallow character developments for each member of the crew. There’s the sex fiend Rockhound (Steve Buscemi), the wild biker Bear (Michael Clarke Duncan), and even some forbidden romance between Harry’s daughter (Liv Tyler) and crewmember A.J. (Ben Affleck). Why is it forbidden? Who knows?

Finally, the crew is sent up into space, they rendezvous with the Russians at the space station, then make their way towards the asteroid in two space shuttles. This is when all the “intensity” ensues — explosions in space, yes! We’ll overlook the ridiculous disregard for physics for the moment.

Bay’s directorial style is so chaotic that viewers can’t take a breath without something coming at them, yet Armageddon’s two-and-a-half-hour running time feels quite long due to its lack of any involving story. Still, it is a wild enough ride to provide a decent, mindless weekend distraction for anyone looking to simply sit back, relax, and not think too much.

Willis does a decent job as the Maverick team leader and Billy Bob Thornton is good in his role as the NASA team leader, but everyone else in Armageddon feels like they are simply struggling to get through their poorly written roles. 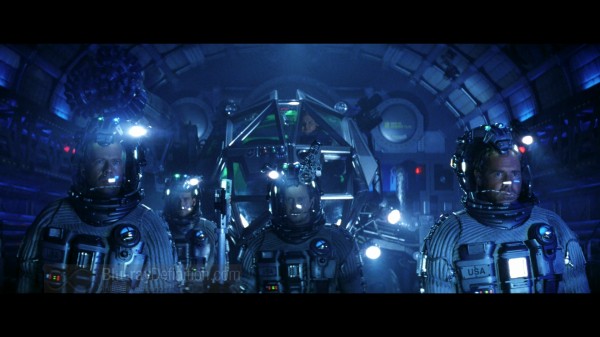 Armageddon is a bit of a grainy film so anyone expecting a clean “Discovery Channel”-type presentation from this AVC/MPEG-4 1080p presentation will be disappointed. The transfer does, however, look very film-like and the grain level remains relatively consistent straight through, only occasionally jumping in some scenes. Contrast is strong and blacks are deep, but there are some issues with crush. There aren’t any compression artifacts and the source looks very clean considering the film’s age. 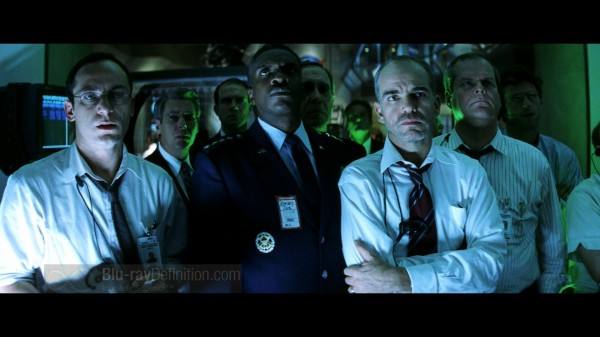 The DTS-HD Master Audio 5.1 (48kHz/24-bit) soundtrack for Armageddon is an absolute aural assault, as one would expect. Sounds come from every direction, explosions absolutely BOOM and resonate right through your bones. There is hardly a moment when there isn’t discrete sound coming from the surrounds in this mix. There is also a good amount of ambient sound effects used to bring everything all together in a cohesive manner. Dialogue is intelligible, but seems at times just a little thin sounding in comparison to the beefy sound effects. 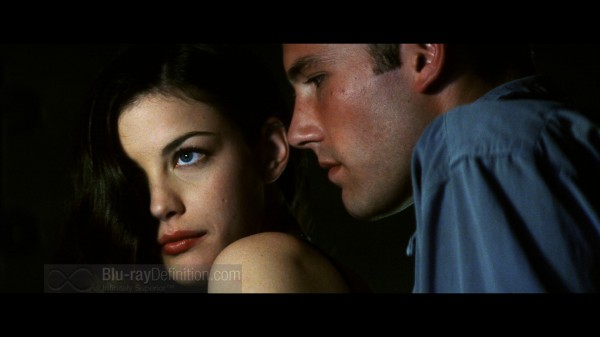 Supplements are weak on this barebones release. There are no new high definition featurettes, no audio commentaries, and absolutely nothing of any replay value except, perhaps, the Aerosmith music video, but how many times can one watch that? 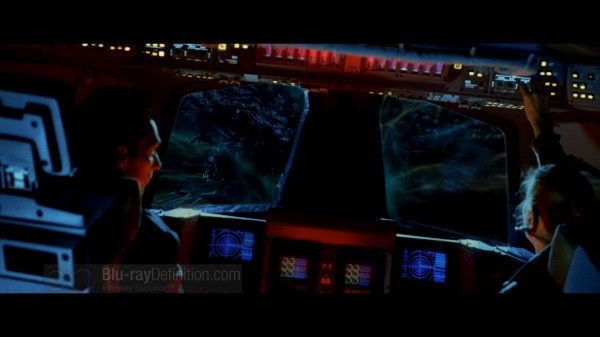 If you want to urn off your brain, put on some popcorn, and just kick back and relax then Armageddon may be the film for you as long as you are prepared for a big budget rollercoaster ride Hollywood style. The Blu-ray delivers the goods with a fine home theatre showpiece. Buy it if you like these sorts of films or rent it for a weekend diversion. 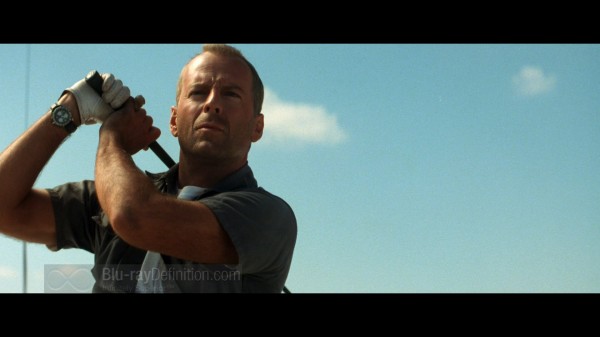 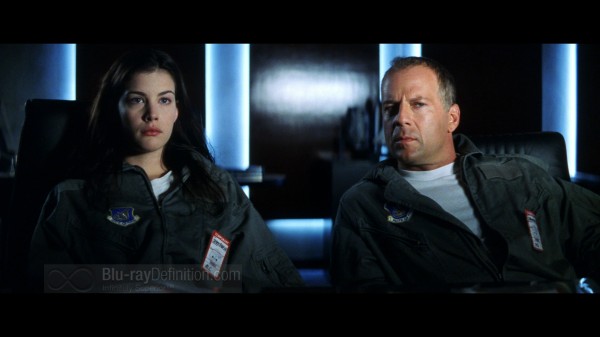 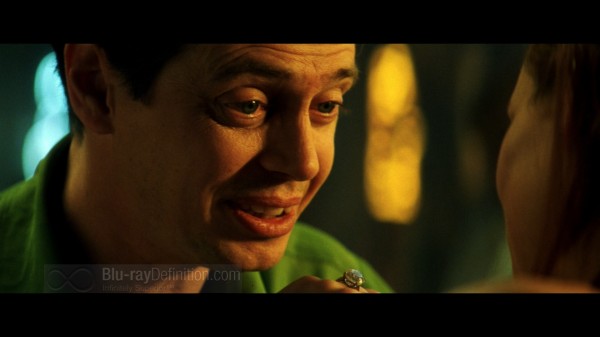 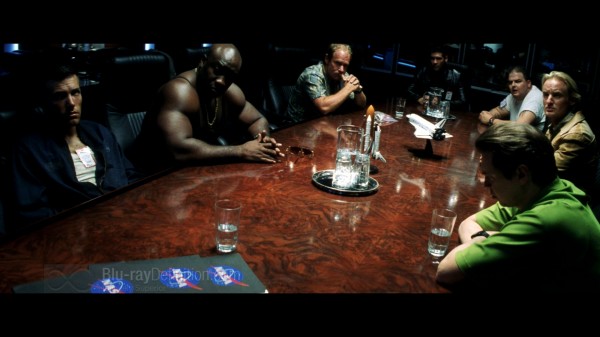 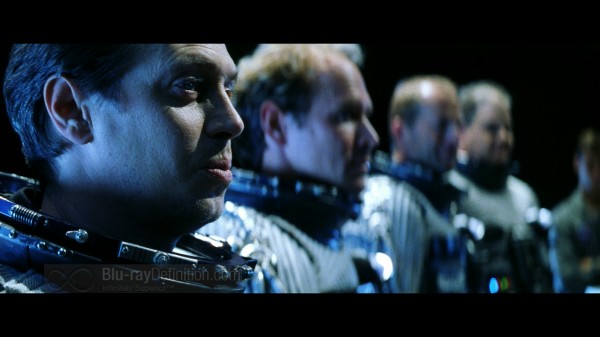 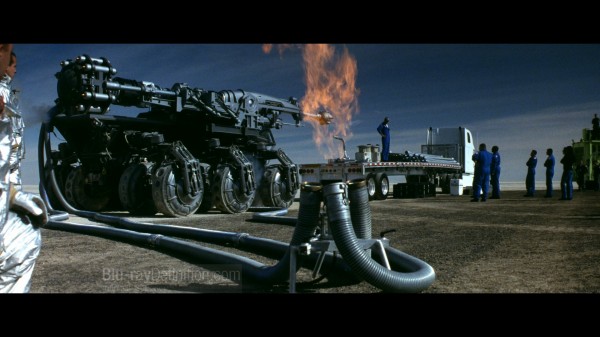 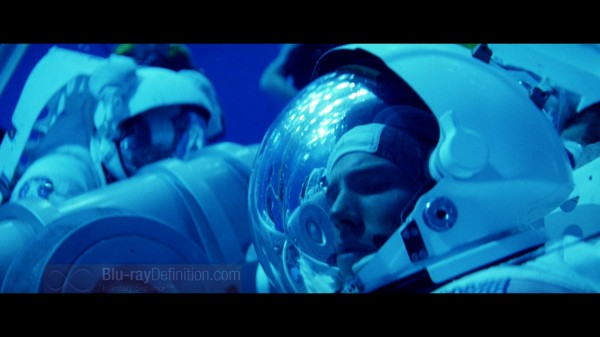 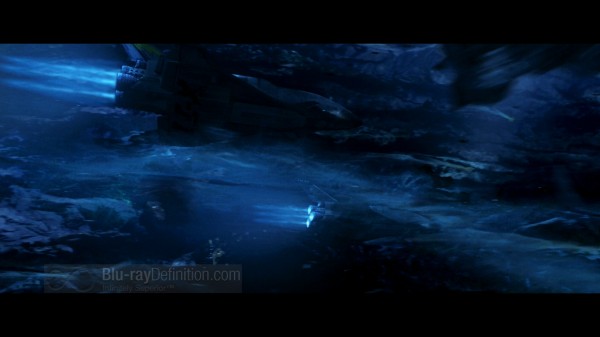 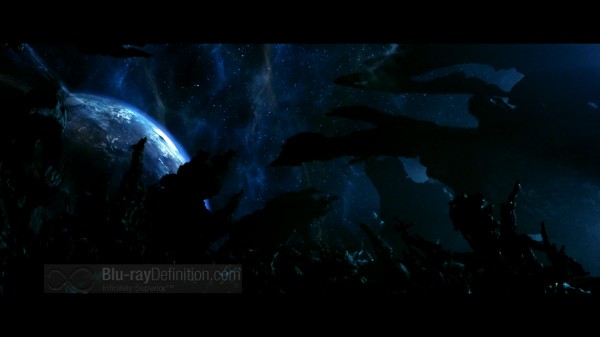