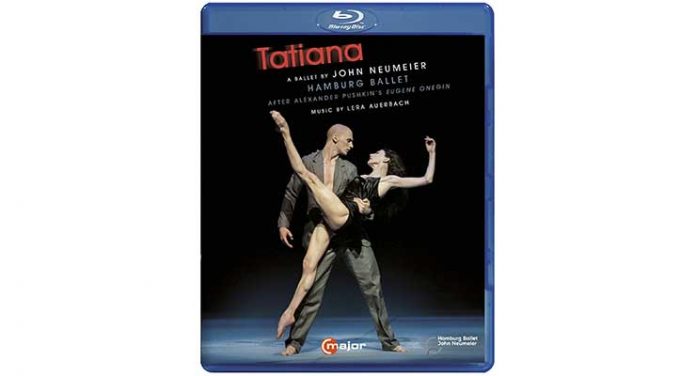 Legendary American choreographer John Neumeier has spent most of his professional life in Germany and with the Hamburg Ballet. Neumeier commissioned Russian-American composer Lera Auerbach to score a ballet based on Alexander Pushkin’s dramatic poem, Eugene Onegin. This Blu-ray première of Neumier’s ballet, Tatiana, centers on a young woman who becomes the focal point of this romantic yet very tragic story.

At the crux of this love-and-death tale, is the naïve young Russian girl, Tatiana Larina (Helene Bouchet) who has grown up far from the sophisticated urban world that Eugene Onegin (Edvin Revazov) inhabits. Onegin visits his friend Vladimir Lensky (Alexandr Trusch) who is engaged to Olga (Leslie Heylmann). Tatiana’s sister. Tatiana is smitten by Onegin and writes a passionate love letter that the older man rejects out of hand. During a party in honor of Tatiana’s birthday, Onegin flirts with Olga and incurs Lensky’s jealousy. A duel takes place and Onegin kills his friend.

Onegin never recovers his humanity and, some years later, has a chance meeting with Tatiana, now the beautiful wife of the older and wealthy Prince N. (Carsten Jung). In a reversal of roles, Onegin has written love letters to Tatiana but to no avail, as she will never leave her husband.

Choreographer Neumeier has created a dream-like dance that continually crosses the boundaries between fantasy and reality, mediated by Zaretsky (Sasha Riva/Marc Jubete) who appears to be the author/enabler of Tatiana’s world. Those familiar with Pyotr Ilyich Tchaikovsky’s Eugene Onegin will find this balletic version of the Pushkin work perhaps closer to the writer’s original intent, particularly in its characterization of an impressionable young woman (often seen with a teddy-bear) who has never experienced physical love.

Having seen a number of Neumeier’s previous works like The Little Mermaid as well as his reconceptualizations of ballet staples such as The Nutcracker, I understand how he adapts the technique of classical dance to our present times. Perhaps even more poignant than the operatic version of this story, Tatiana has a depth in its retelling of Pushkin’s tale that eludes Tchaikovsky’s rather two-dimensional music drama. The Hamburg Ballet principals and corps take this one to a very high level. 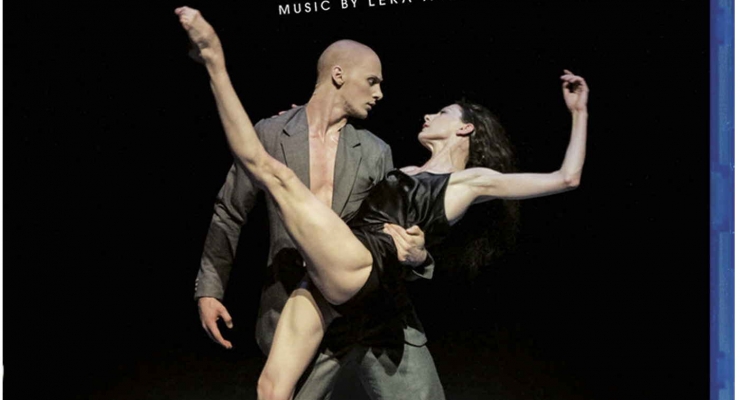 Thomas Grimm gets the cameras in the right places at the right times and delivers the live dance experience that viewers expect. Details and colors, in spite of often oppressive darkness on the stage, are excellent.

The surround audio version gives listeners an excellent soundstage with relatively little stage noise and is quite effective in conveying the ambience of this live performance.

The program booklet has cast and production credits as well as Dr. Reiner Moritz’s detailed background essay on the ballet and a synopsis of its ten scenes. A video bonus is also included:

For those familiar with the opera Eugene Onegin, this dance recreation will be a very different experience as it explores the world of sexual obsession and fetishism in a way the Tchaikovsky could never have imagined. While this new take on an old story might not please everyone, I thought that the sharp edges that Neumeier and company provided were a breath of fresh air. The not very original-sounding score with its clear echoes of Shostakovich and Stravinsky aside, this is modern dancing at its very best. I have yet to see a Neumeier ballet that is not original or thought-provoking and Tatiana certainly upholds that tradition.