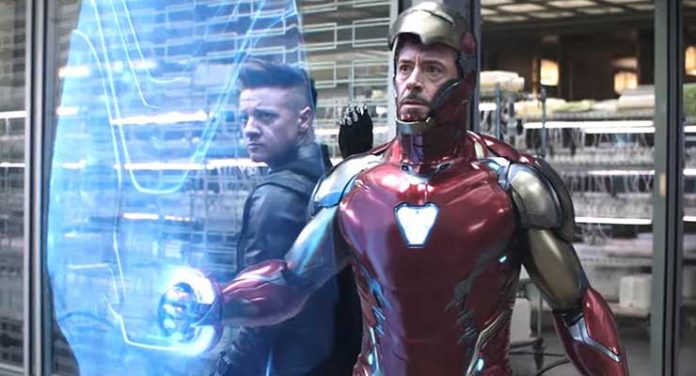 Avengers: Endgame is the finale to the decade-long journey of the Marvel Cinematic Universe that began with Iron Man (2008) and has since turned into a cinematic behemoth turning the superhero movie into an unstoppable juggernaut and leaving rival DC struggling to catch up.

The story pretty much carries on after the devastating events that took place in Avengers: Infinity War and the brutal confrontation with supervillain Thanos (Josh Brolin). Half of all living creatures have been wiped out and what’s left of the Avengers have to pull themselves together to try recover, save the world, and once again defeat Thanos. This time, however, with the unexpected reappearance of Scott Lang / Ant-Man (Paul Rudd), thought to be one of the ones wiped out by Thanos, the Avengers have a different plan of attack – to use time travel to go back and erase the events entirely.

Since this is a review of the 4K Ultra HD disc (see below) as well as the film, probably half the planet has seen the film by now and most know it has knocked Avatar off its perch as the highest grossing film of all time. That may be so, but I think that success is more due to hype than the overall quality of this film. Are there great visual effects and solid performances all around? Absolutely, but this sprawling three-hour-long film is not without its issues.

There are pacing problems in Endgame that are evident in the first half. The film starts with the focus on the fallout from Infinity War and mostly the ‘core’ Avengers — Iron Man Robert Downey, Jr.), Hulk (Mark Ruffalo), Thor (Chris Hemsworth), Captain America (Chris Evans) – picking up the pieces. This slow, dour pace continues with very little action, even jumping forward a few years in time, for nearly two hours with very little action. Then the newer heroes, introduced later in the MCU, such as Black Panther (Chadwick Boseman), Captain Marvel (Brie Larson), and even Spider-Man (Tom Holland) don’t have any impact or even appear until the final act, so we go through practically the whole movie with a big portion of the superheroes not there.

For all the ‘epic’ scope they tried to impart in this film, as a finale to the first phase of the MCU, it is disappointing for the first ninety-minutes. It is big, overblown, unwieldy, and in need of an edit, although it has lots of invigorating scenes that do pay off for fans. 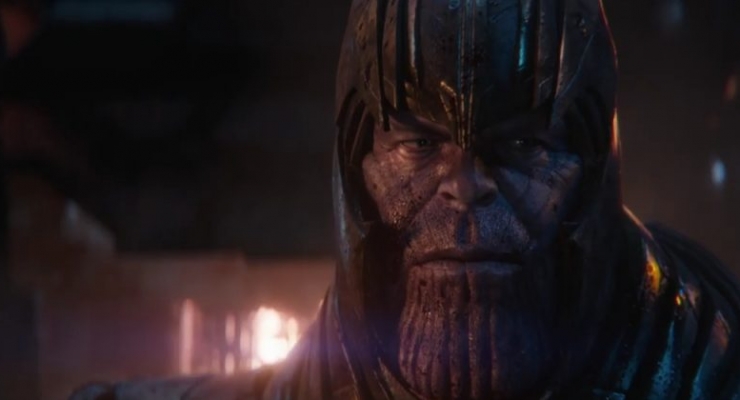 Avengers: Endgame was originally shot on the Arri Alexa 65 IMAX camera with Panavision Sphero 65 and APO Panatar lenses in ARRIRAW at 6.5K and in the Ultra Panavision 70 anamorphic format. A 2K DI was used in post-processing, which means all that digital resolution was downscaled, be it to save time, money, or both, then upscaled again to the 4K Ultra HD Blu-ray format encoded in HEVC 2160p (4K) with HDR10 high dynamic range. Does it look good? Yes. Could have looked better if a 4K DI was used? Possibly, but it does look consistent with the previous MCU releases, which is to say it is clean, polished, has a sort of ‘sheen’ to the overall image, and has great dynamic range. The HDR, which is mastered with maximum nits of 4000 and minimum of 0.005, really ‘pops’ the highlights, and the added WCG (Wide Color Gamut) definitely comes into play during the epic battle in the finale.

Avengers: Endgame gets a Dolby Atmos audio mix that is surprisingly good given Disney’s recent disappointment as far as audio mixes are concerned over the past couple of years. While it isn’t exactly great in comparison to some of the best immersive mixes out there, there is a little less of that “constrained” sound and they do make good use of the surround and overhead channels. Right from the opening scenes, as we hear the Traffic song “Dear Mr. Fantasy” sort of mixed into our head, so to speak, I’m assuming in an attempt to echo the effect one might get if they were wearing headphones.

The release is packed with bonus content, mostly on a separate bonus Blu-ray, but the included feature-film Blu-ray also has a solid audio commentary worth listening to. The 4K disc has no special features.

Most fans of the MCU will probably enjoy this finale to the first phase, especially the second half, but the film is flawed and not as good as Infinity War or even Captain Marvel. The 4K Ultra HD disc, however, is reference visual quality with one of the better Disney Atmos mixes on disc as well. It’s also packed with excellent bonus features.

Avengers: Endgame is out on 4K Ultra HD Combo Pack August 13, 2019 from Disney

4.2 / 5 TheaterByte Rating
{{ reviewsOverall }} / 5 User Rating (0 votes)
PG-13 (for sequences of sci-fi violence and action, and some language)Rating Certificate
Marvel Studios | Walt Disney Studios Home EntertainmentStudios & Distributors
Anthony Russo | Joe RussoDirector
Christopher Markus (screenplay by) | Stephen McFeely (screenplay by) | Stan Lee (based on the Marvel comics by) | Jack Kirby (based on the Marvel comics by)Writer
181 Mins.Run Time
13 August 2019Release Date
2.39:1Aspect Ratio
HEVC (H.265) 2160p (4K) | AVC 1080p (Blu-ray)Video
HDR10HDR Format
4000 NitsMaximum Luminance
0.005 NitsMinimum Luminance
English Dolby Atmos (Compatible w/ Dolby TrueHD 7.1)Primary Audio
Descriptive Audio 2.0 | Spanish DD+ 7.1 | French DD 5.1Secondary Audio
English SDH | Spanish | FrenchSubtitles
The Creative Content
The Video (Overall)
HDR Effect (If Applicable)
The Audio
The Supplements
Summary
After the devastating events of Infinity War, what remains of the Avengers must pick up the pieces and try to restore the world while trying to figure out a way to defeat Thanos (Josh Brolin) in this sprawling, unwieldy, and at times far too slowly paced finale to the first phase of the MCU. Most fans will probably love Avengers: Endgame, but it falls short of the hype and doesn't live up to better films in the MCU like Infinity War, Captain Marvel, or Black Panther. The 4K Ultra HD Blu-ray disc, however, is a real treat to watch.
What people say... Login to rate
Order by: