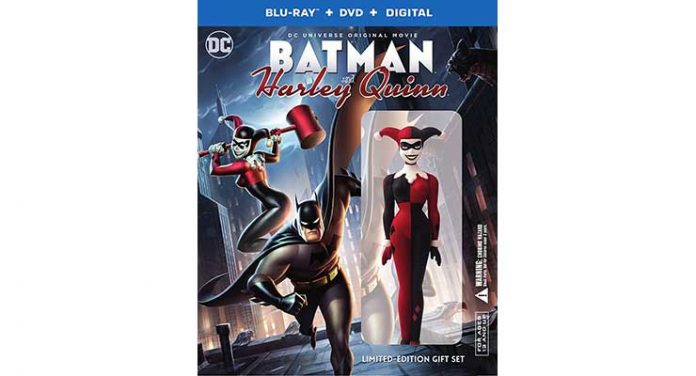 This latest original animated film in the DC Universe, Batman and Harley Quinn, brings together Batman (voiced by Kevin Conroy) and Nightwing (voiced by Loren Lester) with unlikely partner Harley Quinn (voiced by Melissa Rauch) in a quest to stop Harley’s BFF Poison Ivy (voiced by Paget Brewster) and her partner Floronic Man (voiced by Kevin Michael Richardson) from destroying the world. The latter pair is on a mission to save the planet from climate change and the people who refuse to do anything about it, but their methods have the potential to wipe out all humans and turn everyone into plant-like creatures.

The superhero duo of Batman and Nightwing have no options but to turn to the untrustworthy, slightly capricious Harley to try to get through to Poison Ivy and stop her from going through with her master plan, but Batman’s patience wears thin with Harley’s erratic behavior in this action-packed comedy from DC.

Animated in the style of Batman: The Animated Series, Batman and Harley Quinn is notable for its superb visual style, character designs, and attention to detail as well as its levity. The Harley Quinn character, voiced in a magnificent “cheeky Brooklyn dame” vernacular by Melissa Rauch, lends itself to some comedy and he the writers take the opportunity to lighten up the Dark Knight. While they do go overboard – there are fart jokes, which are always a sign of a lack of inventiveness – there’s also much genuine humor, and a lot of good-natured fun along the way. Fans will also be amused by the twist involving Harley and Nightwing. 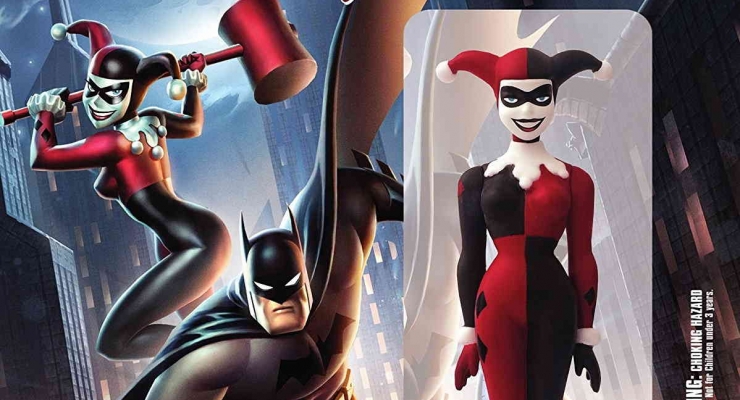 Batman and Harley Quinn is a digitally animated film done at 1080p HD resolution that arrives on Blu-ray in an AVC 1080p encodement. For the most part we get a solid transfer with excellent colors and contrasts. The image does suffer from some mild banding in spots, but is mostly pleasing and clean.

Batman and Harley Quinn comes with an English DTS-HD Master Audio 5.1 that has clean dialogue, a punchy mid range and beefy low-end extension. Good use is made of the surround channels for solid sound effects and there’s wide dynamic range.

Batman and Harley Quinn is stuffed with special features including interviews with the writers and voice actors, sneak peeks of other DC Universe animated films, and two episodes from Batman: The Animated Series featuring Harley Quinn and more.

Batman and Harley Quinn is a comedic twist that brings together unusual allies in the Batman mythology. The action is good, but the film does put the fighting second to the comedy and character interactions, which works for this film. The Blu-ray is solid, though not perfect, on video and audio.