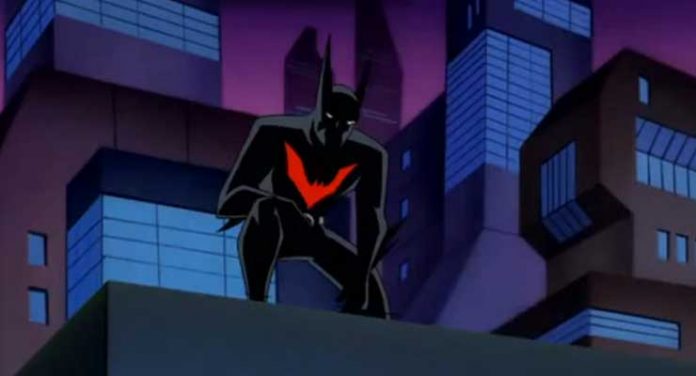 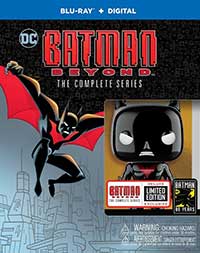 Batman Beyond is the 1999 DC animated series spanning three seasons that brings the famous DC Comics superhero into the future and also turns him into a teenager. The original Batman, Bruce Wayne, now too elderly and sickly to keep being an effective crime fighter passes the baton on to a high schooler named Terry McGinnis who revives the Dark Knight, under Bruce Wayne’s supervision.

The series takes a much darker turn than most Batman animated series or animated series aimed towards kids in general. With its art deco lines, high-tech settings and nods to cyberpunk and its explorations of technological anxieties, youthful angst, and the cynicism of age as far as the elderly Bruce Wayne. This is the mixture that makes a series that on paper – teenaged batman still in high school taken under the wing of 70-year-old Bruce Wayne – could be a disaster a riveting and engaging breath of fresh air in the Batman and DC universe. The new Batman does go on to develop his own rogue’s gallery of supervillains, so even there we are given something new, rather than the same old villains.

Batman Beyond is sleekly animated and stands apart again from most American-style animated series, with good reason. Warner outsourced Batman Beyond to Dong Yang Animation, Koko Enterprises and Seoul Movie in Seoul, South Korea. The animation has a more East Asian style in the manner of anime, with an American twist.

The series was nominated for four Daytime Emmy Awards, of which it won two in 2001 for Outstanding Special Class Animated Program and Outstanding Music Direction and Composition. 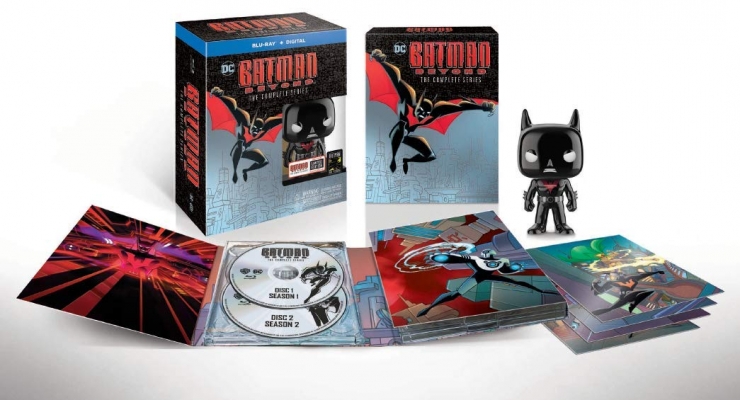 Batman Beyond: The Complete Series is brought to Blu-ray in a 1.33:1 AVC 1080p encodement from Warner Bros. The first season and part of season two (eps 1-26)

was entirely done on 35mm other than the opening, but from ep. 27 on, the series was done on video in standard definition and therefore those episodes are upscaled to HD here. The early 35mm episodes look great, with only a little bit of cell damage noticeable, excellent detail and an organic look. Colors are rich and shadows also nuanced. The latter episodes of the series produced on video that are upscaled have been done so brilliantly by Warner. There are only very small clues that one who knows what to look for can notice, such as some mild aliasing that may creep in around a character’s eyes or subtle stairstepping on very sharp edges, but these are few. Mostly the image looks clean and detailed with excellent color just like the 35mm sourced episodes.

This limited edition collection offers an abundance of bonus features plus the DC Universe feature film, Batman Beyond: Return of the Joker.

An excellent series that, although it at times feels somewhat out of place in the Batman universe, is nonetheless a darkly envisioned, dystopic world with striking animation and fearless thematic materials for a DC series. This Limited Edition collection is a fantastic set for fans and collectors.

Batman Beyond: The Complete Series Limited Edition is out October 29, 2019 from Warner Bros