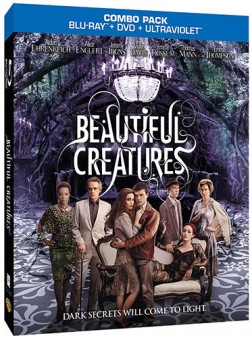 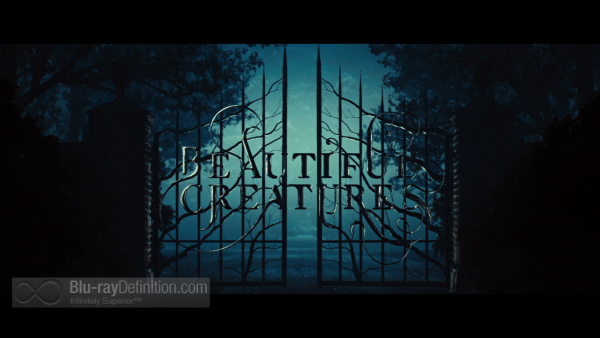 I suppose with the Twilight saga at an end, Hollywood is looking for another romantic fantasy-saga to satiate the reveries of tween girls and hopelessly romantic young women. Enter Beautiful Creatures, based on Kami Carcia and Margaret Stohl’s series of novels. It’s melodrama and teen romance with enticing visuals pushed so far to the maximum you just might think you’re watching an extended episode of a CW drama.

The story is basic – high school boy Ethan Wate (Alden Ehrenreich) from small, out-of-the-way Southern town meets newcomer high school girl Lena Duchannes (Alice Englert). He’s drawn to her and her mysterious background, even as the rest of the town are suspicious of her and her entire family. Strange occurrences surround her appearance in the town (the classroom windows shatter, lighting begins to strike in the same place at nights), and some are convinced that she and her family, especially her eccentric uncle, Macon Ravenwood (Jeremy Irons; TV’s The Borgias) are Satan-worshiping witches.

It turns out, they’re not far from the truth. Lena and her family are supernatural beings who refer to themselves as “casters”, in laymen’s terms, witches, but don’t call them that. Lena is heading towards her sixteenth birthday, and for female casters, that means she will be claimed by either the light or the dark magic.

It’s especially hard for her and Ethan when they uncover a centuries’ old connection between the two of them dating back to the Civil War that has placed a curse on Lena’s bloodline – no caster can love a mortal. Her romance with the handsome young Ethan means she’s almost guaranteed to turn evil.

Sadly, despite what turns out to be a surprisingly good turn by Emmy Rossum (TV’s Shameless) as Lena’s evil cousin, the Siren, Ridley, who really plays the naughty, seductress role to the hilt, Beautiful Creatures is pure and simple, teen melodrama “pablum” as Morton Downey, Jr. used to say.

We are thrust into yet another supposedly heart wrenching scenario of teen angst between two star crossed lovers, one a mere mortal and the other a supernatural “caster” who must try to fight against her fate. Well, fine, but the thinly plotted romance and predictable backstory make Beautiful Creatures the kind of romantic fantasy that is just that – a fantasy of love, that could only appeal to the most “green” out there.

On the positive side, director Richard LaGravenese does manage to capture a mood and ambience with the visual style of the film that is appealing. It is, perhaps, the most appealing aspect of the film. The visual effects and bluish tinge that often falls over the imagery is evocative, even if not wholly original for this genre either. 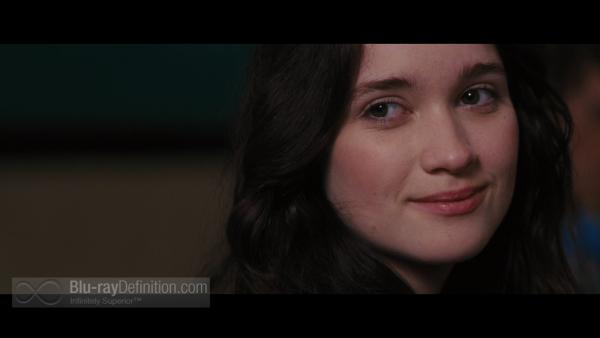 Beautiful Creatures was shot on the high speed Kodak Vision3 500T 5219 35mm film stock and arrives on Blu-ray in an AVC/MPEG-4 1080p encodement from Warner. The image looks just as pristine as one would expect a modern film production to look, with no source damage, a very fine grain structure, and strong contrast. There are moments of softness and just a tinge of grittiness here and there in an otherwise fine image that keep this from being perfect. It’s unlikely due to the encodement, but probably more the actual production. Still, this picture offers great nuance in the darker scenes with no noise and no issues with post-processing. 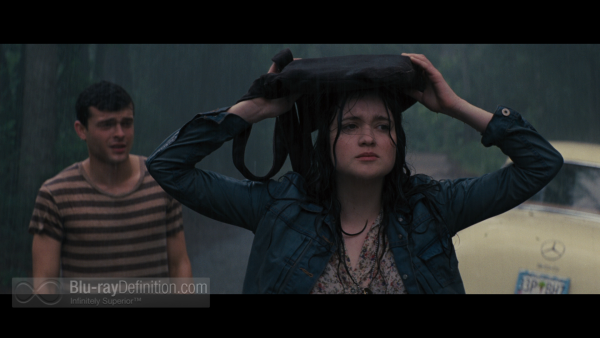 Apart from some slight thinness, this aggressive DTS-HD Master Audio 5.1 (48kHz/24-bit) soundtrack is top notch. Sounds whip around in circular patterns, ambience is lush, dynamics are wide, and dialogue is clean, never falling beneath the fray of foley effects. 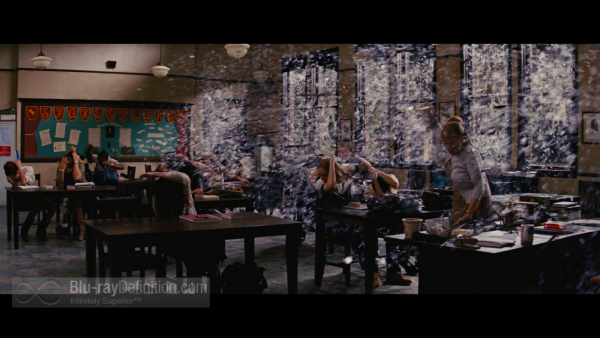 At first glance, this appears to be packed with extras, however, they are all rather brief and hardly in depth. 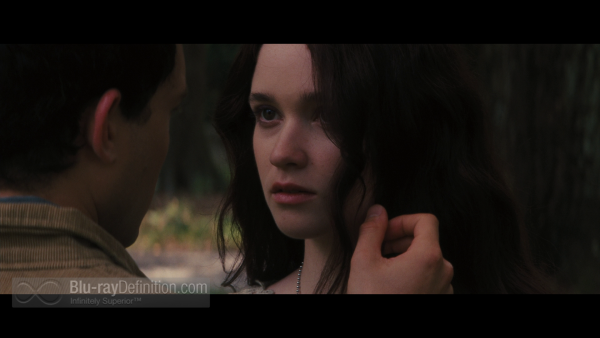 Get your hankies out tweens and Twilight fans, a new romantic fantasy saga is afoot, and it’s Beautiful Creatures. It’s sappy, melodramatic, visually enticing, and razor thin on plot. Its predecessor would be proud. 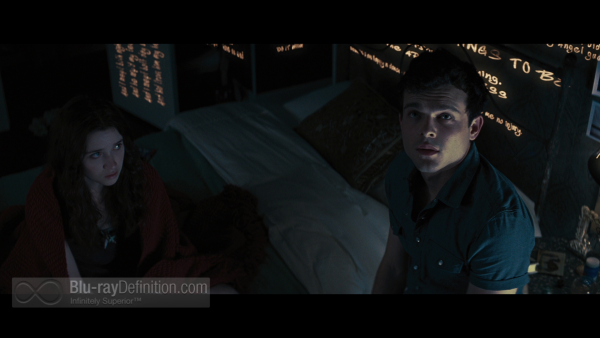 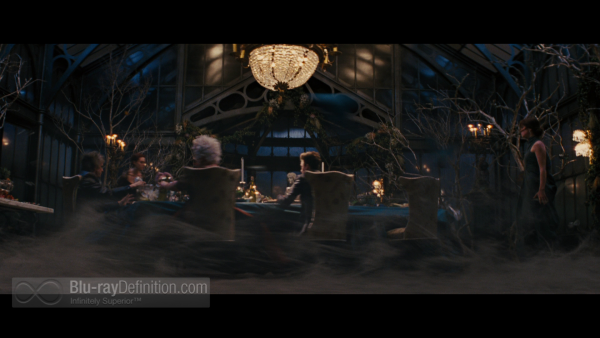 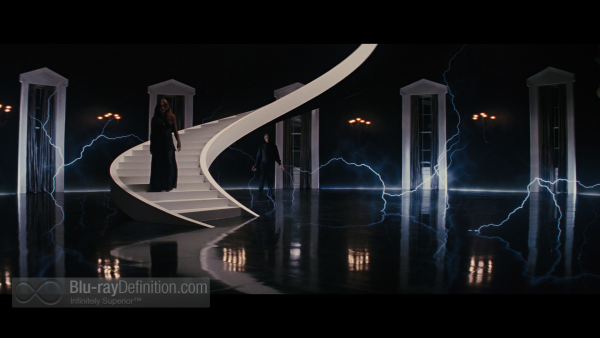 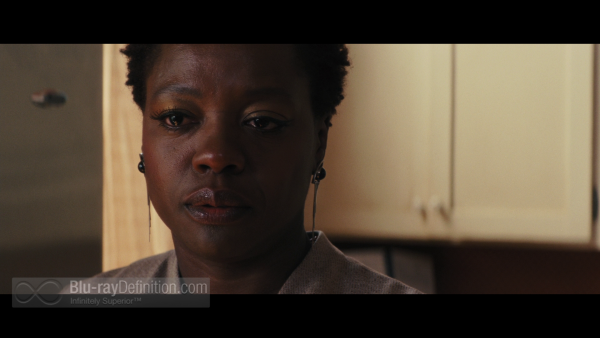 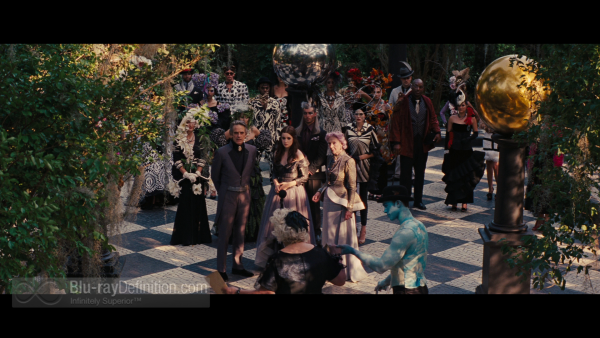 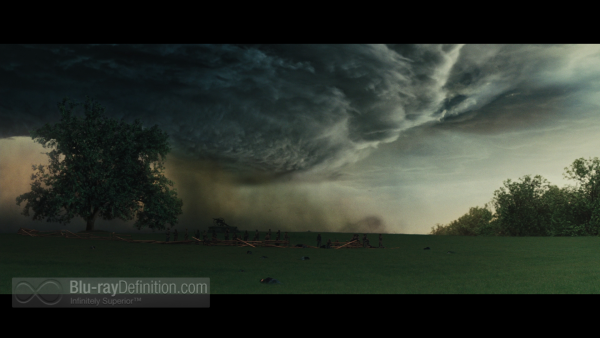