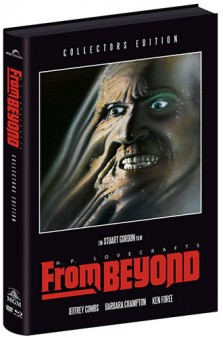 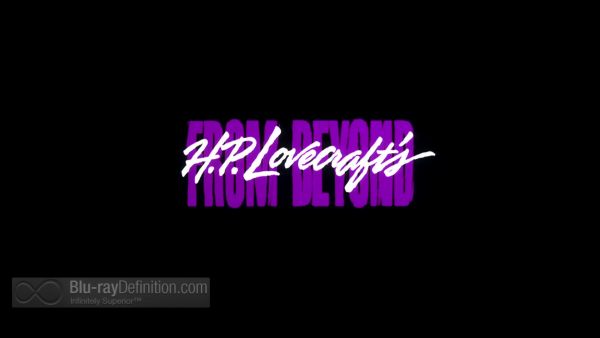 In 1986, the creators behind the previous year’s Re-Animator returned with the now nearly equal cult classic sci-fi/horror gem, From Beyond. Director Stuart Gordon once again returns to the works of writer H.P. Lovecraft for his inspiration here and lets his own creative juices run wild in a typically over-the-top, nearly surreal adventure filled with blood, gore, and psycho-sexual perversions. 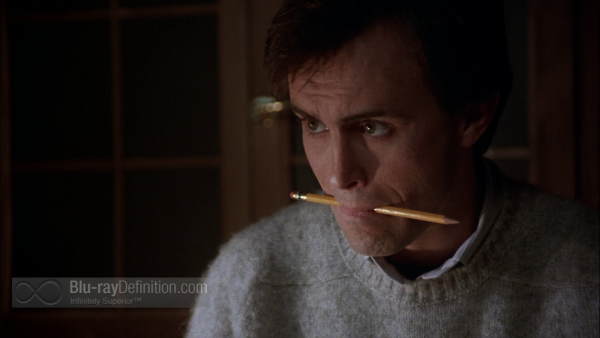 I previously reviewed the UK Blu-ray release of From Beyond from Second Sight, which I thought looked very good given the genre and age of this film. This debut offering from the OFDb.de on their OFDb.de FILMWORKS imprint looks just as good, perhaps identical, maybe slightly crisper in detail. The release opens the matte, however, to a full 1.78:1 aspect ratio from the original 1.85:1, which appears on the Second Sight release. There’s very little difference in the two in that regard as well. Color temperatures and the overall film-like qualities of either release remain consistent and both will supply a pleasant experience for horror buffs. 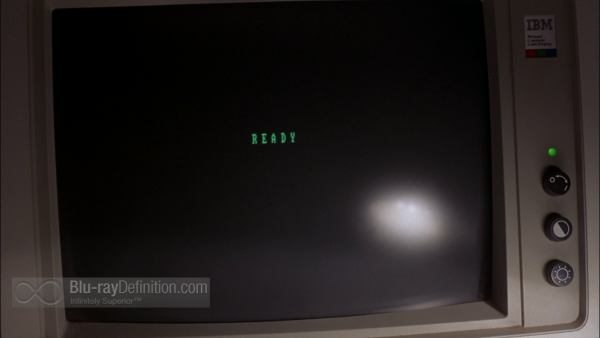 The German release of From Beyond from FILMWORKS is a slight improvement over the Second Sight, but only by the slimmest of margins. An English DTS-HD Master Audio 4.0 (48kHz/24-bit) track is offered alongside a German dub in DTS-HD 2.0 (48kHz/24-bit). The sounds is spacious and ambient, with some low-level atmospherics in the surround channels that sound just a bit more audible than the UK Second Sight Blu-ray’s DTS-HD Master Audio 4.0 16-bit track, and an equality wide stereo soundfield with highs that are a tad more natural. 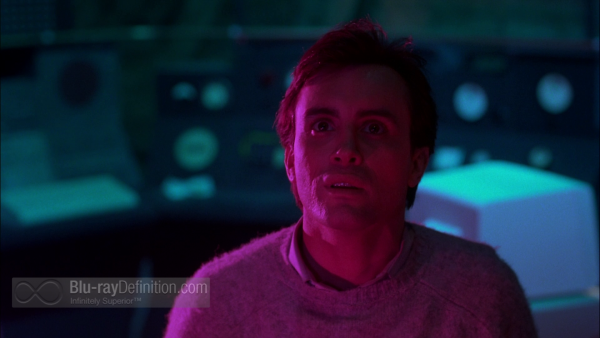 Almost all of the supplements on here also appear on the Second Sight release from the UK, but this release adds two more audio commentaries, a multiple dimensions featurette, and the original trailer. 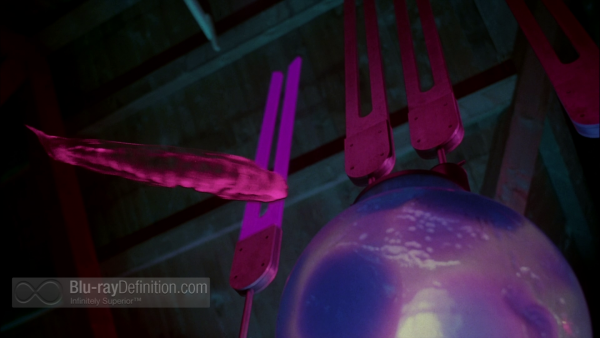 Whether hinting on what the Japanese might call “shokushu goukan” or “tentacle rape”, or just giving us a straight up sci-fi tech spoof, the ’80s cult classic From Beyond has it all. The transfer to Blu-ray made available by the OFDb.de’s FILMWORKS label is an impressive beginning for the fledgling distributor from Germany’s largest online database of film and television. 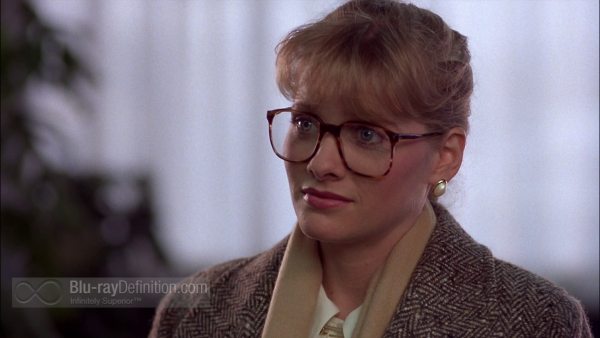 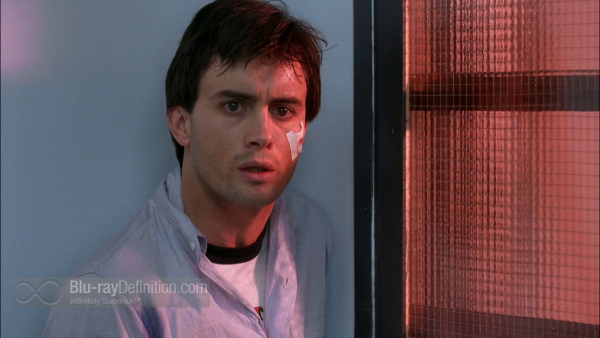 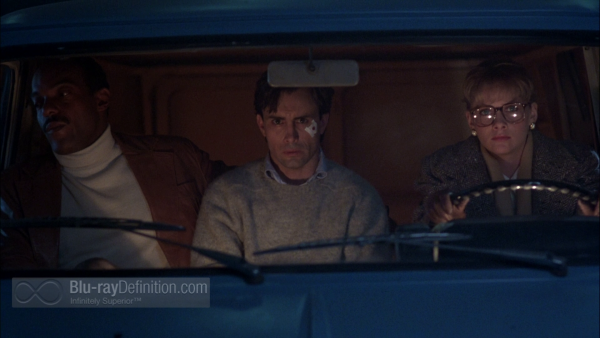 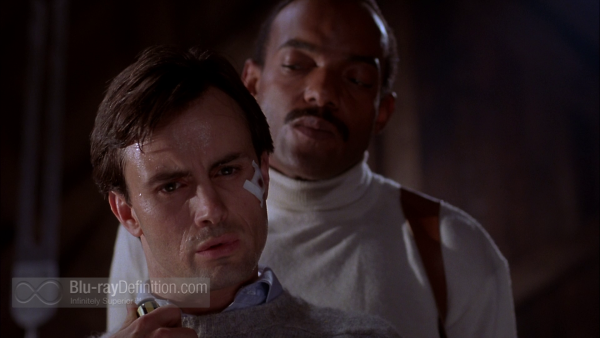 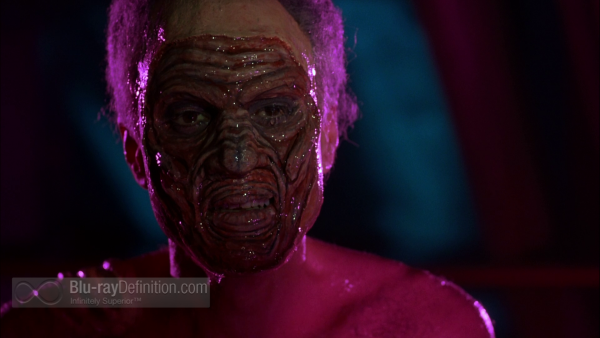 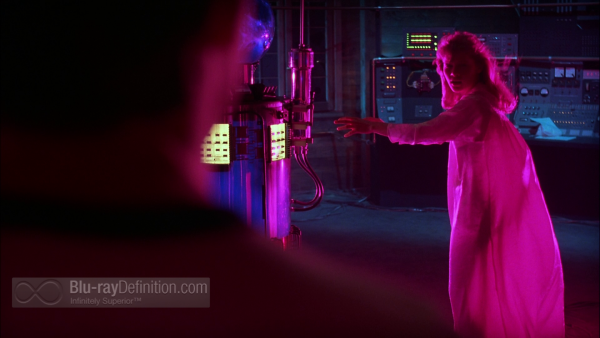 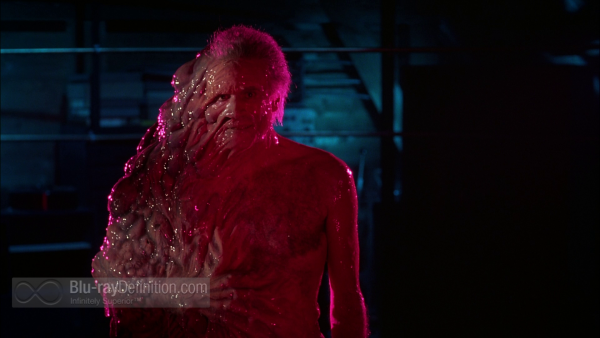 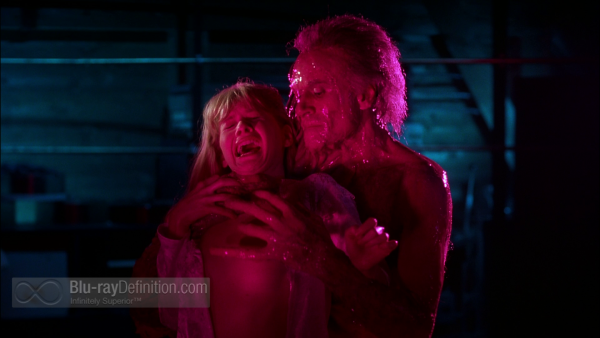 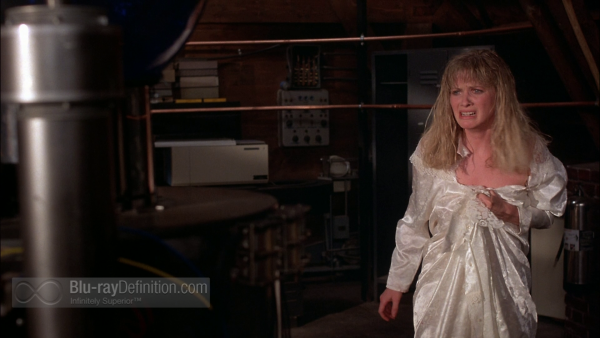 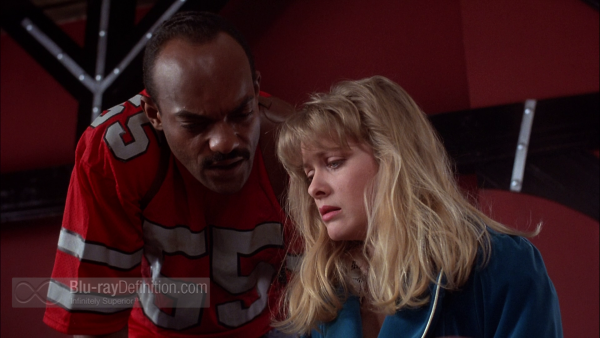 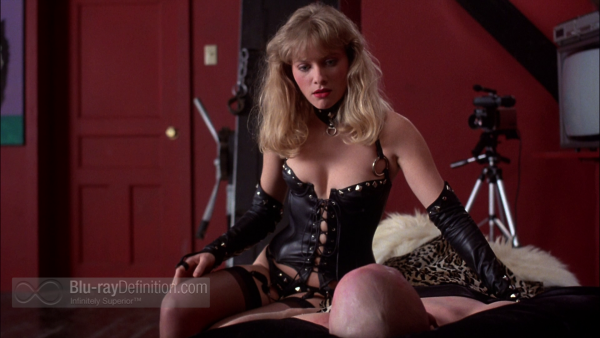