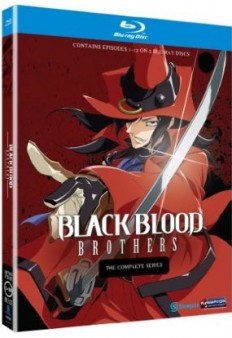 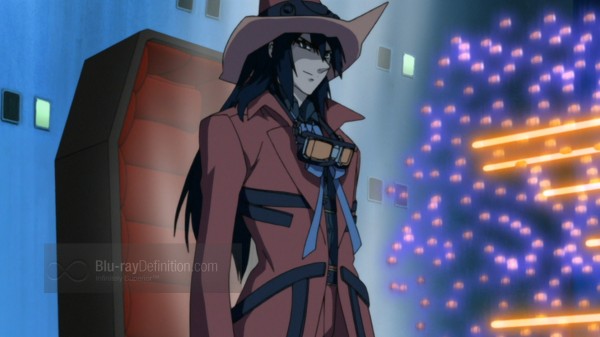 Vampires are experiencing a resurgence in popularity these days, assuming they were ever out of vogue that is. With the Twilight films as popular as ever, HBO’s True Blood and The CW’s Vampire Diaries on television, it seems like the bloodsucking creatures of the night are everywhere. So, that Black Blood Brothers, an anime series featuring vampires, would arrive is no surprise at all.

Based on a series of light novels, Black Blood Brothers is the story of Jiro, an Old Blood vampire known as the Silver Sword, and his younger brother Kitaro. It’s ten years after a war known as the Honk Kong Crusade between vampires and humans, and the two brothers have now come traveling to the Special Zone. In the Special Zone, a secret city where vampires and humans live together, the brothers meet the resurgence of creatures from the Kowloon Bloodline. These bestial, uncontrollable vampires, thought to be killed off during the Hong Kong Crusades, can spread their infectious bloodlines to humans and other vampires with just a bite.

Jiro, with the help of a human “compromiser” or mediator named Mimi, also uncovers a conspiracy by some of his old acquaintances, now infected and converted to Kowloon children, to unleash the Kowloon Bloodline on the Special Zone and resurrect their dead king, exposing the existence of the Special Zone and the vampires to the rest of the world.

Black Blood Brothers has a compelling story arc that stays interesting from episode to episode. Unlike some anime series, it does not suffer from an over repetitiveness. It is filled with intrigue, suspense. The cool graphics also help keep things interesting. 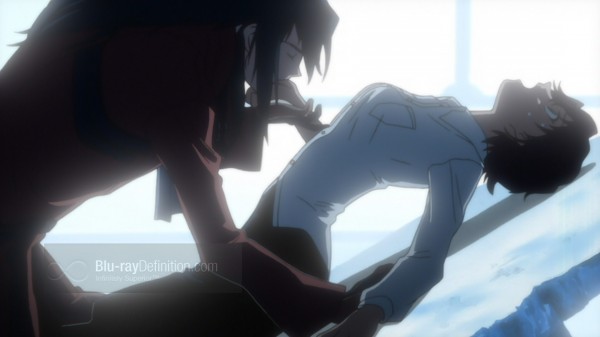 Black Blood Brothers 1.78:1 AVC/MPEG-4 1080p encoding looks decent, but not great on Blu-ray. Overall detail is soft, there are some slight issues with aliasing and video noise and colors look a little washed out. Line art is sometimes not quite as sharp as it could be, and some motion judder is apparent as well. 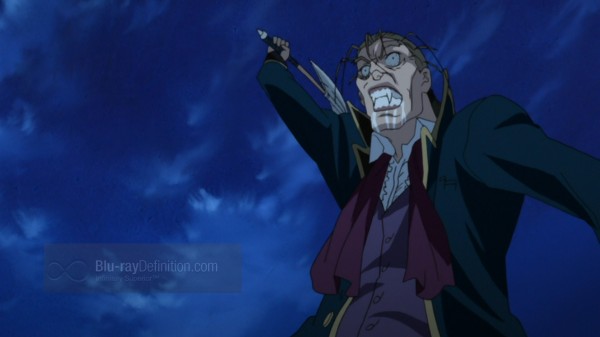 Both Japanese and English soundtracks are provided in lossless Dolby TrueHD 2.0 mixes. I used the Japanese 2.0 mix as the reference for this review. It offered a wide soundstage with clean dialogue mainly limited to the center of the mix. Dynamics, like with most Funimation mixes, were a bit limited and high frequencies a little tweaked, but low frequencies were deep and the mid-range punchy. 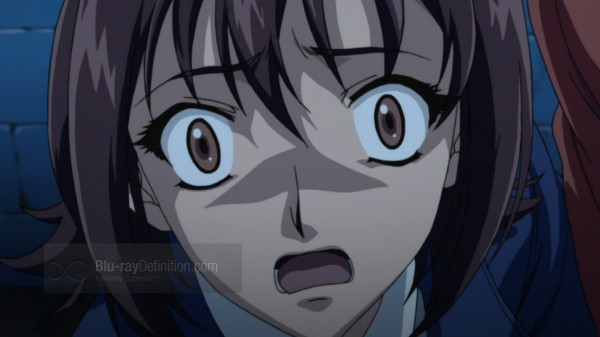 There is a wealth of supplements on this release from Funimation and purchasers get the great value of having audio commentaries for each of the twelve episodes in the series. 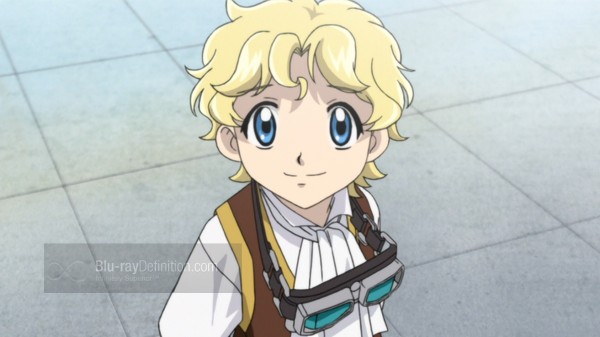 Get your fangs on with the bloody good vamp action of Black Blood Brothers.  From the first episode all the way to the last, you’ll be at the edge of your seat. 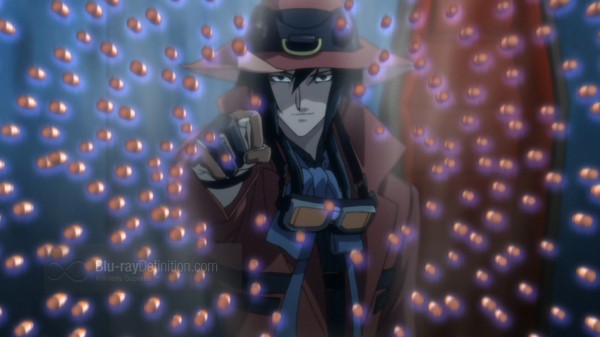 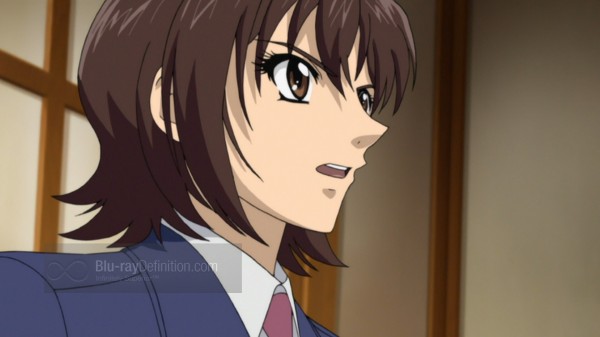 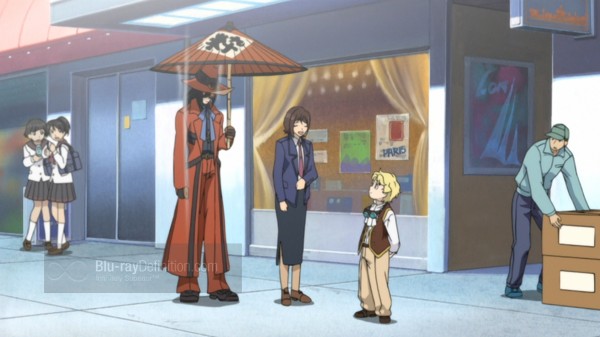 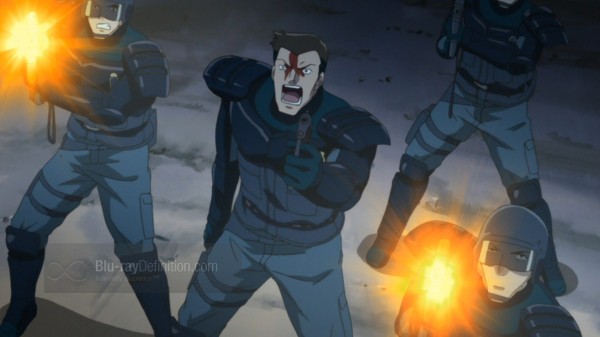 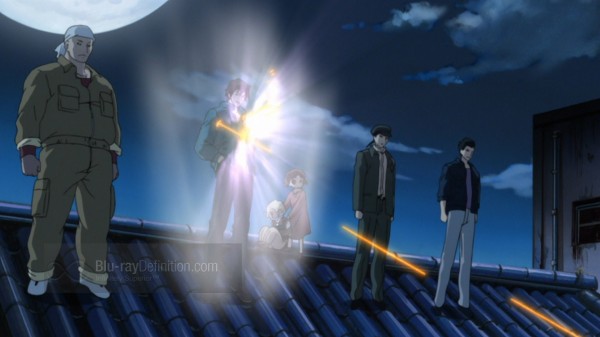 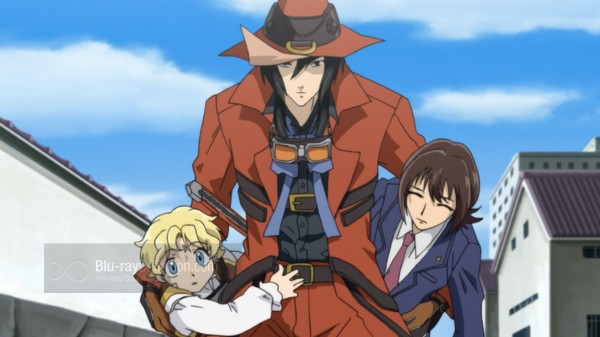 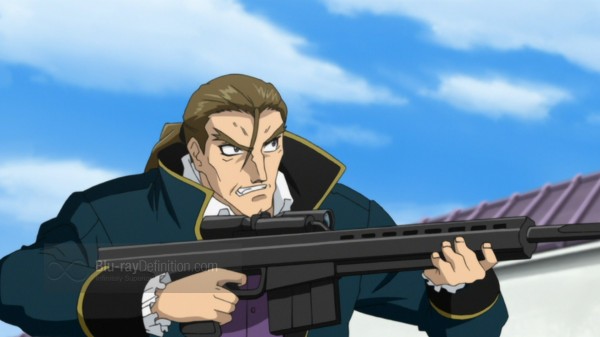 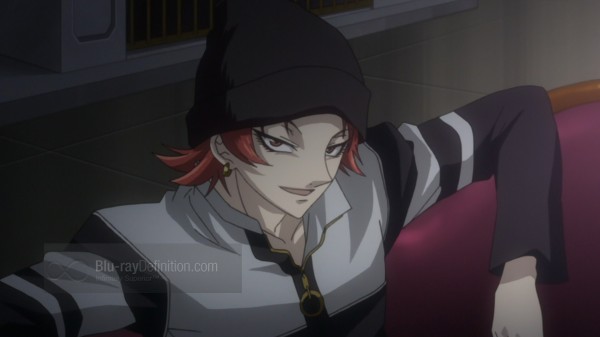