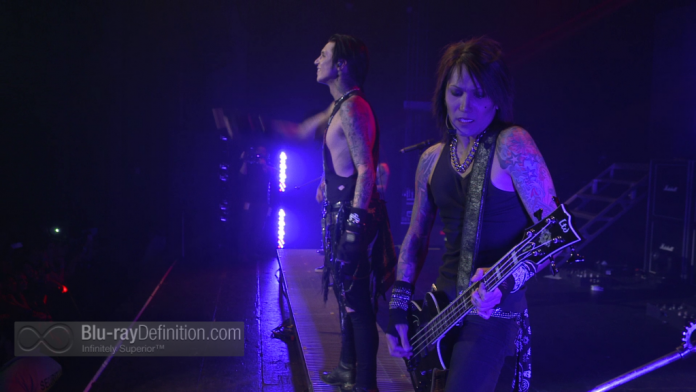 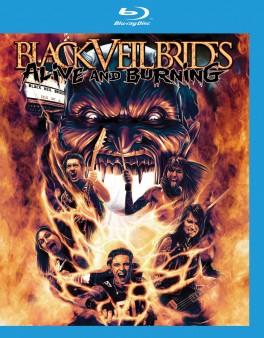 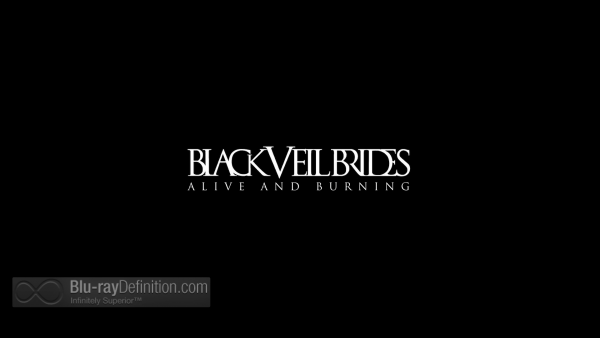 Black Veil Brides are a glam metal band from Los Angeles that have built up a rabid following of fans since their founding in 2006. Visually have imitated the style of 80s rockers like early Mötley Crüe with their tight black clothes, black hair, and black body paint. Musically, they may be a cross between the ballsier 80s metal of Iron Maiden and Judas Priest with hints of Metallica’s “Black Album” thrown in for good measure and some leaning towards Bon Jovi melodiousness. Alive and Burning is their first live concert video, filmed in their hometown of Los Angeles’ Wiltern Theater, during their successful Black Mass tour in support of their eponymous fourth album. That the band can build up such a huge following (they currently have over 4 million followers on Facebook) in this age of sugary pop, hip hop and EDM music ruling the airwaves, is a testament to their talents and the enduring power of rock and metal music. As lead singer Andy Biersack yells out to the crowd during the show “thank you for supporting rock music in 2014!” Thank you indeed. They definitely have energy, but, being a longtime fan of metal myself (at least of the classic variety), I’m yet to be convinced that the buzz surrounding these guys is worth it. I’m not hearing a lot of variety in these songs or anything highly original, although they definitely have skill and the look. 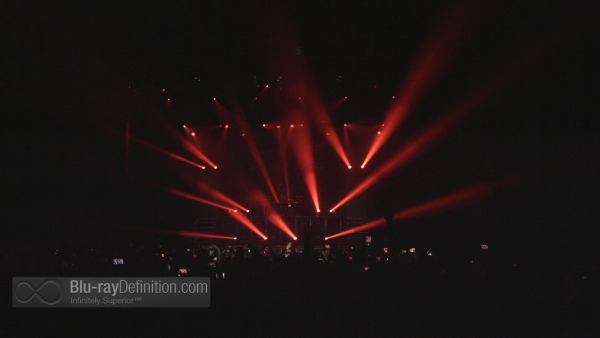 Although this is a 1080p AVC transfer of a high definition production, this Alive and Burning video quality is underwhelming. There’s a lot of video noise and the constant camera motion and choppy editing is enough to cause a seizure. 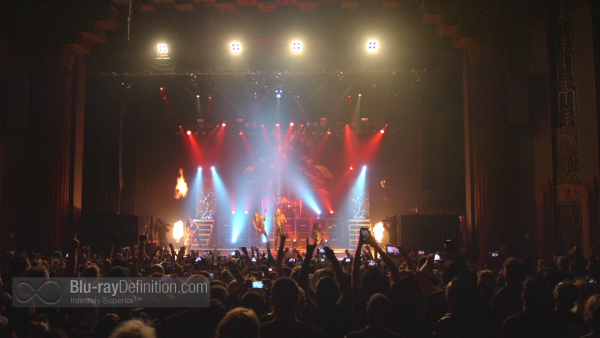 Black Veil Brides – Alive and Burning comes with two audio tracks, a DTS-HD Master Audio 5.1 (48kHz/24-bit) mix and a LPCM 2.0 (48kHz/24-bit) stereo mix. Of the two, the 2.0 mix is the better of the two as it is more balanced. The 5.1 mix seems heavy-handed with the reverberation, has the low end very artificially boosted, and vocals seem buried to low in the mix. It all just sort of sounds like a cavernous mess. While the stereo mix is no audiophile reference either, it is much more balanced, has better instrument separation, and the vocals are more upfront. 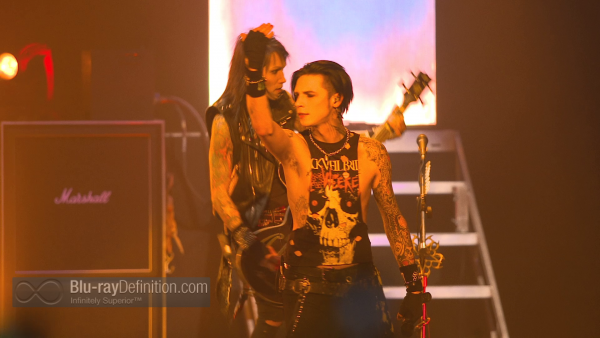 The only extra on disc is this “meet the fans” bonus showing the band at a signing in a Hot Spot with what seems to be mostly very young, early-teen, and highly adoring female fans. 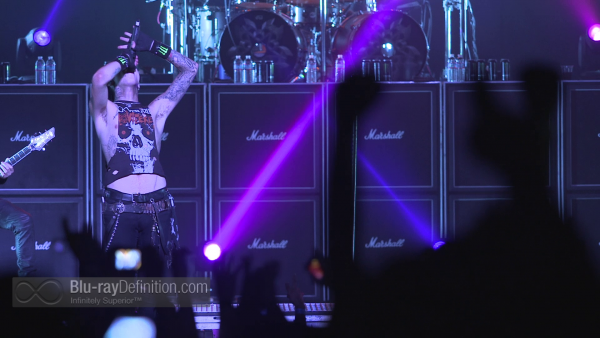 Black Veil Brides – Alive and Burning may appeal to those metal heads who like some lighter contemporary metal and the darker look to go along with it. What these guys lack in originality, they make up for in effort, and the fans seem to agree. 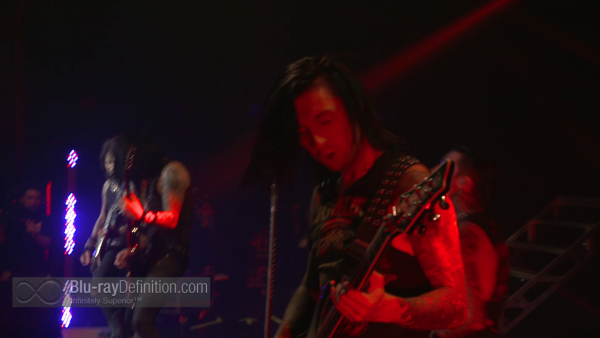 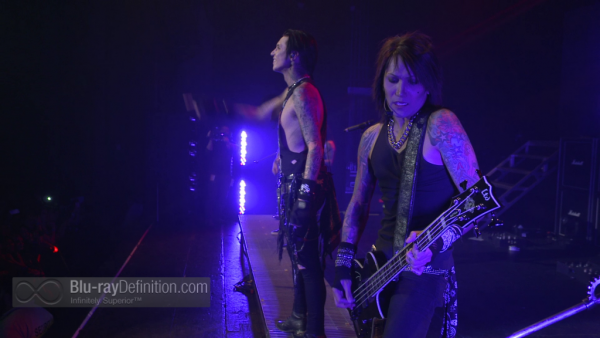 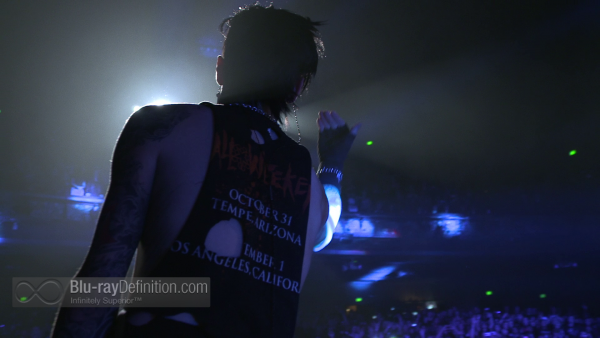 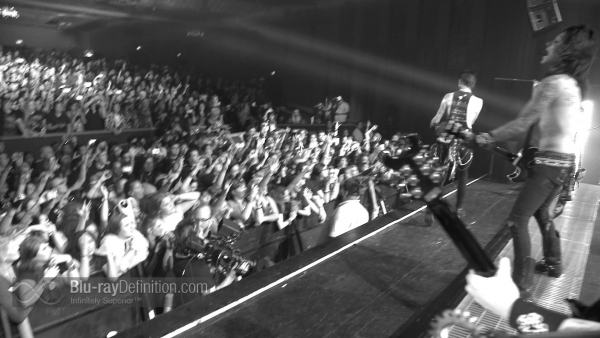 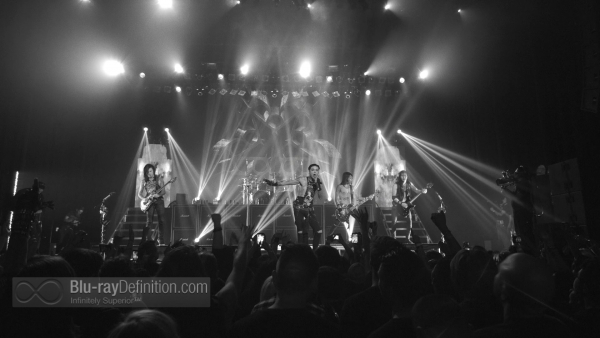 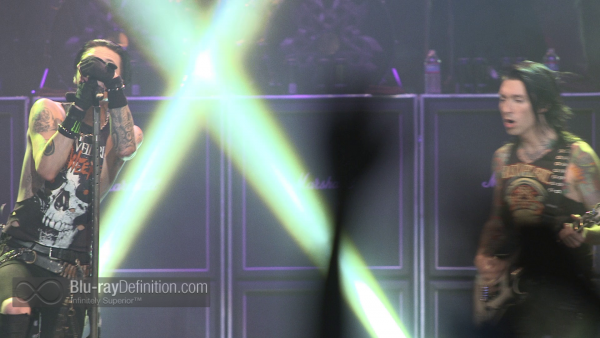 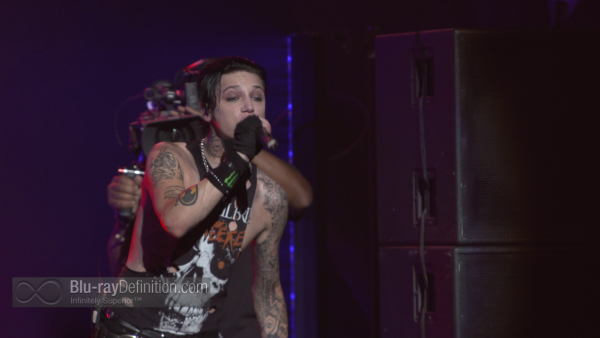 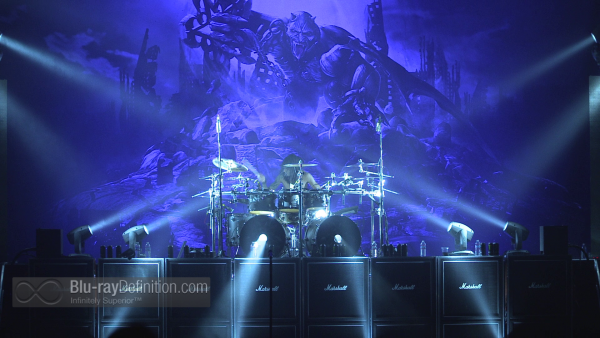 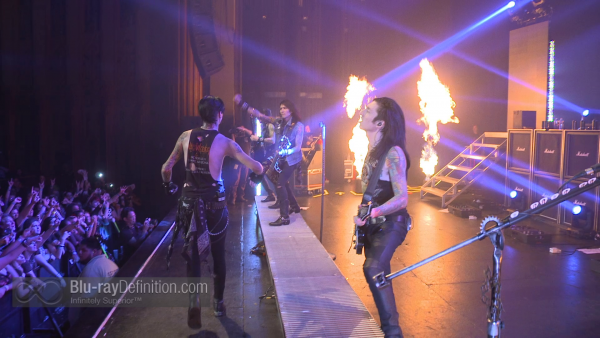 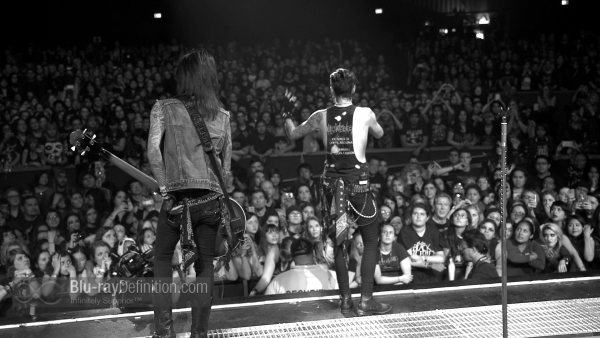