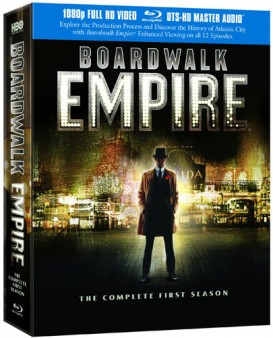 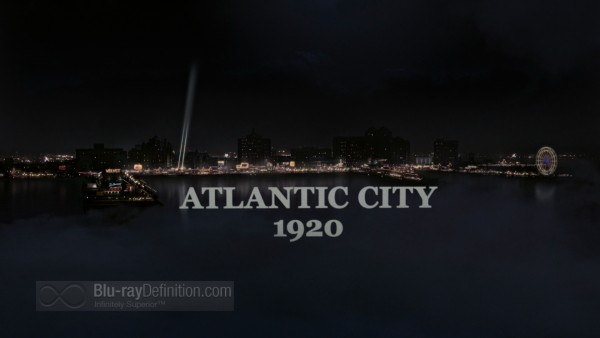 HBO has another addictive crime drama on their hands with Boardwalk Empire. The series has just wrapped up its second season, but The Complete First Season is only just arriving on Blu-ray for fans to pick up and catch up on in high quality, high definition. Based on a small portion of the book Boardwalk Empire: The Birth, High Times, and Corruption of Atlantic City, by Nelson Johnson, Boardwalk Empire is a historical fiction centered on the fictionalized character Enoch “Nucky” Thompson, based on the real-life “Nucky” Johnson, of Atlantic City. It delves into the criminal underworld of Atlantic City during the early years of Prohibition, when  Atlantic City was one of the central draws for many citizens of note to escape and imbibe of the forbidden fruits, so to speak. Everything from booze, gambling, and prostitutes were at the ready.

Thompson (played here by Steve Buscemi) is the corrupt treasurer of Atlantic City and head of the Republican political machine, his brother Eli (Shea Whigham) is the sheriff. Nucky has a young apprentice, Jimmy Darmody (Michael Pitt) just back from World War I struggling to fit back into normal life. They play host to a number of famous, or, rather, infamous mobsters of the day, including Arnold Rothstein (Michael Stuhlbarg), Al Capone (Stephen Graham) and Charles “Lucky” Luciano (Vincent Piazza) while they run their criminal enterprise. Meanwhile, the straight-laced prohibition agent Nelson Van Alden (Michael Shannon) begins investigating Nucky and coming close to uncovering some of his more abhorrent indiscretions. Also mirroring real life, Nucky begins to become enthralled with the teetotaling widow of a man he had killed, Mrs. Margaret Schroeder (Kelly Macdonald).

The series heralds amongst its executive producers Mark Wahlberg and Martin Scorsese, who also took on directorial duties for the pilot episode. 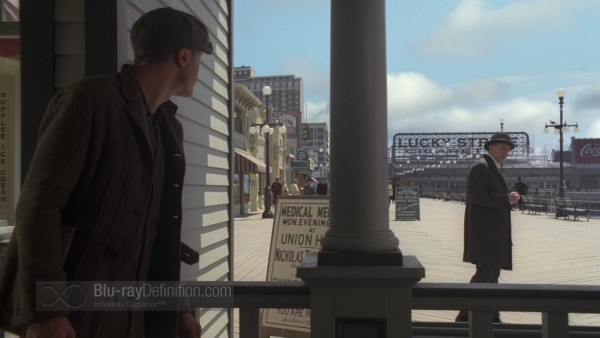 The Super 35mm (3-perf) source for Boardwalk Empire looks as good as it ever has in this strong AVC/MPEG-4 1080p/24 encodement from HBO. Forget about those heavily compressed 1080i cable broadcasts, this Blu-ray is artifact-free, filmic and full of rich midtones and nuanced shadow details. Detail is strong, but does tend to soften at times as a byproduct of the production choices rather than the transfer. 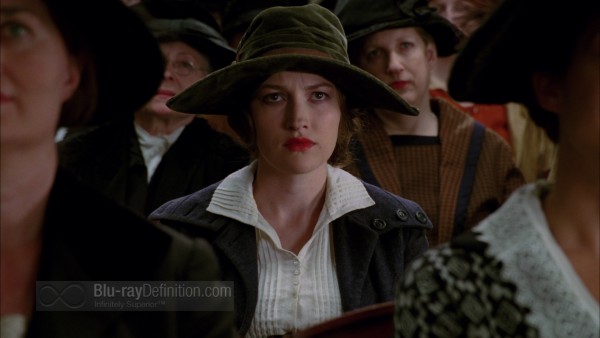 A lush DTS-HD Master Audio soundtrack is included on Boardwalk Empire that is greatly atmospheric with marvelous dynamics and clean dialogue. Low frequencies are abundant, helping to beef up the gunshots and rumble of those classic car engines and early jazz era performances. 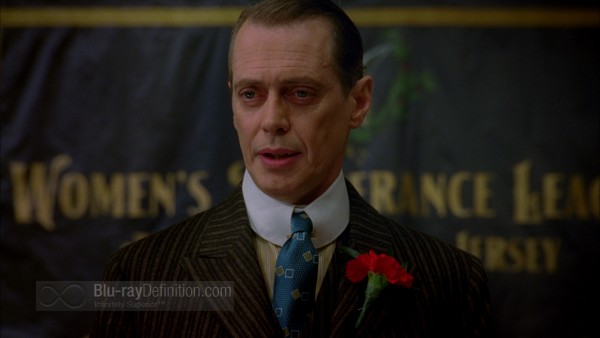 Boardwalk Empire: The Complete First Season continues HBO’s trend of extensive high definition features for their high profile Blu-ray releases. The bulk of the featurettes are on discs 4 and 5 while all the discs include the Enhanced Viewing Mode and Character Dossier plus select audio commentaries. 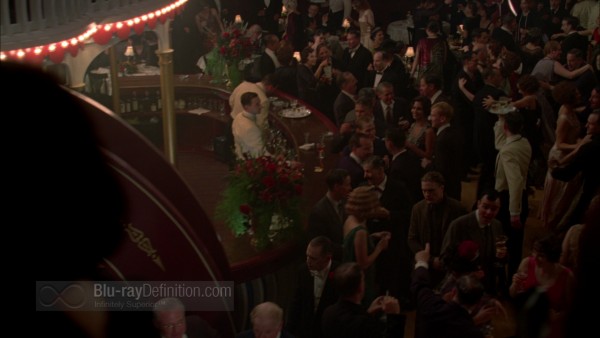 Boardwalk Empire is a great piece of historical fiction and an enticing crime drama. The perfect replacement for The Sopranos, the series gets better with each episode and is easy to watch straight through in one or two sittings. This Blu-ray set is another superb TV-on-Blu-ray release from HBO. 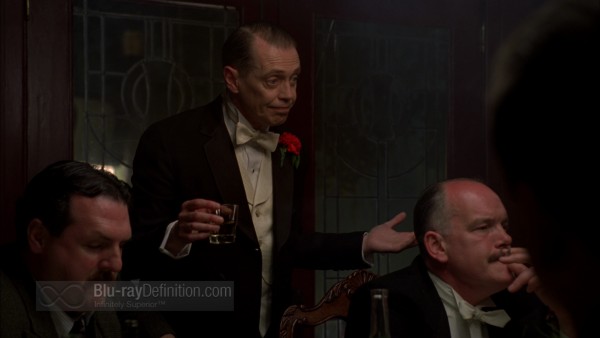 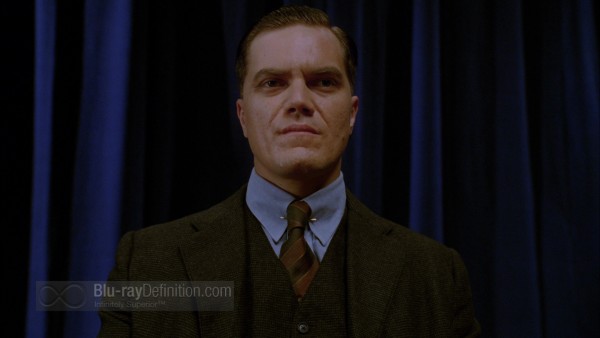 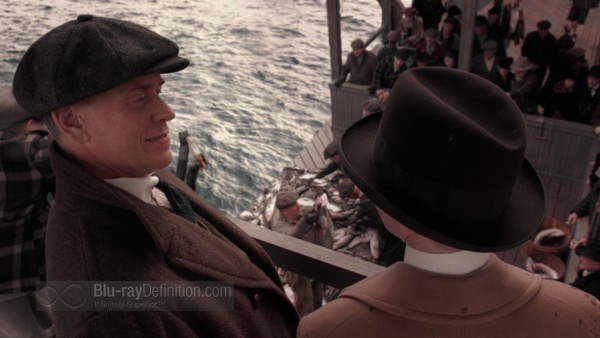 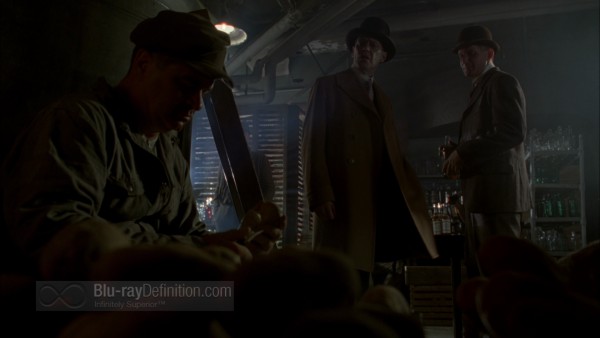 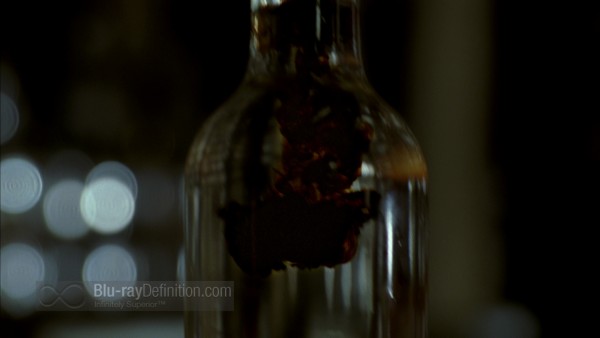 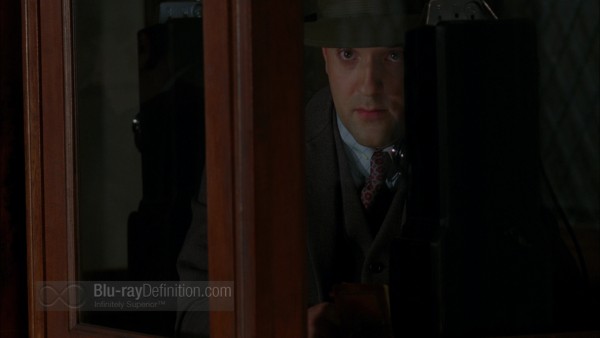 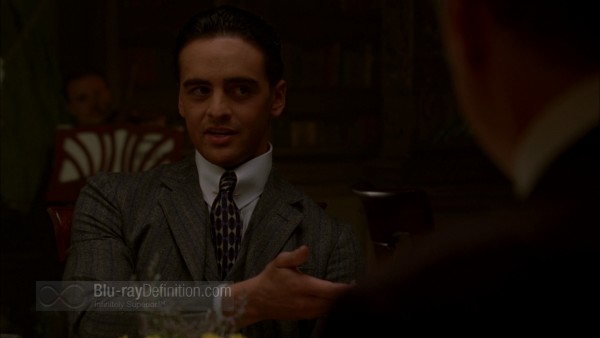 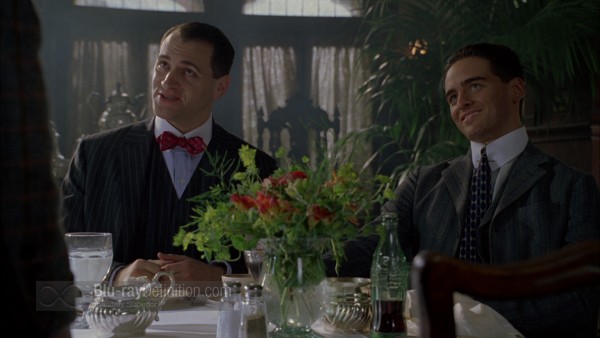 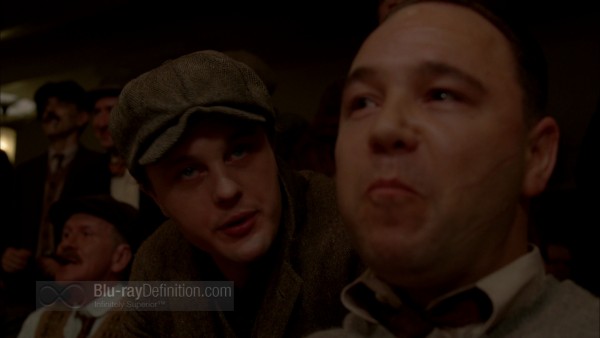 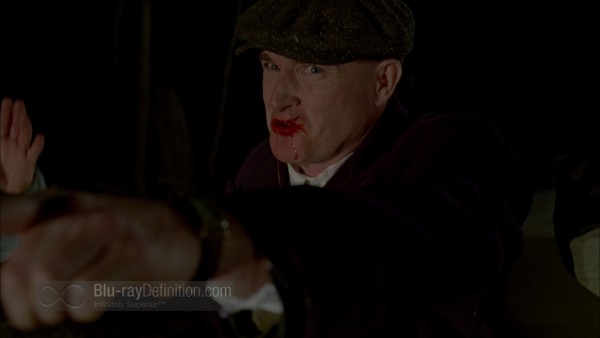 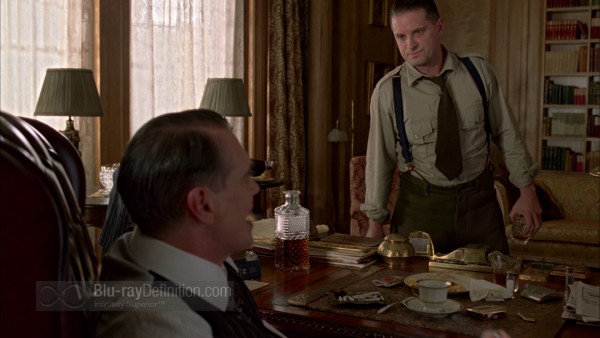 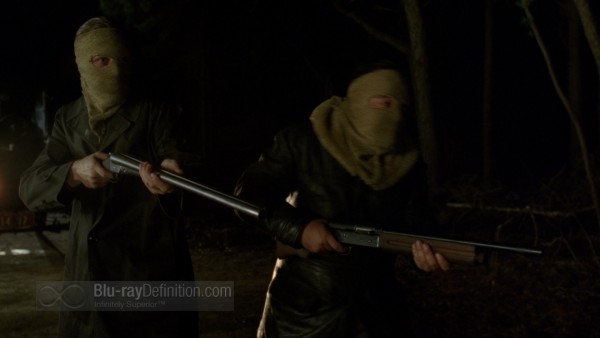 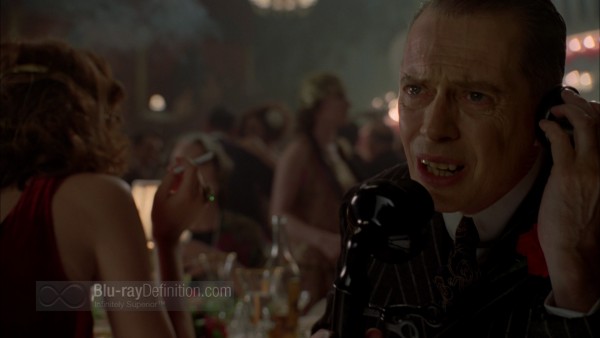