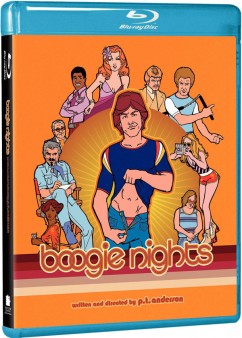 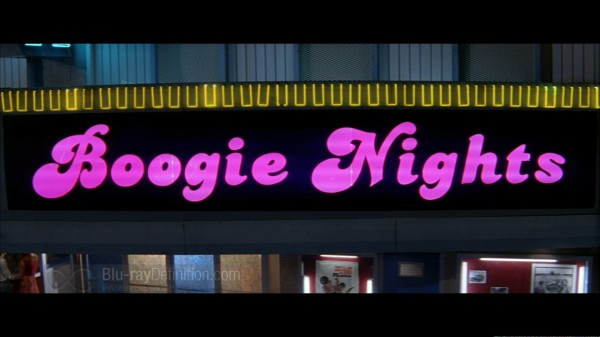 The musical soundtrack, made up of recognizable numbers from the 70s, helps drive the drama. In lesser hands that may have been a distraction, but in the capable hands of Anderson, who uses the songs thematically this works. When Rollergirl (Heather Graham) and Dirk do it to “Brand New Key,” it’s just cinematic perfection unfolding.

Anderson’s film is a slick mix of Tarantino, Scorsese, perhaps even some Coppola and a little Hitchcock in his use of camera angles. Now, some years and films later, we see that Boogie Nights was more than just an anomaly from Anderson and Boogie Nights is still a glowing example that the filmmaker deserves to be proud of. 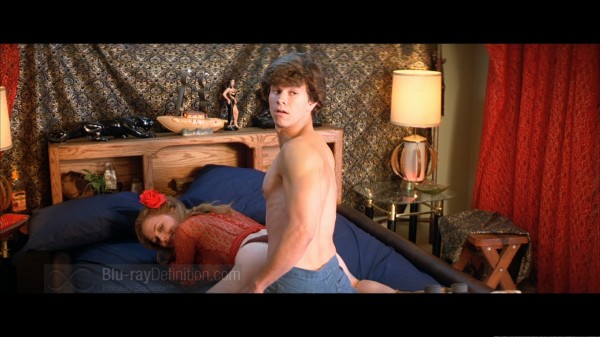 Boogie Nights arrives on Blu-ray from New Line in a 2.35:1 1080p/24 VC-1 high definition encoding. Flesh tones are accurate, shadow delineation is strong, and color production is solid overall. Film grain is consistent throughout the presentation, though detail is a bit soft, particularly in backgrounds. Foreground detail is strong, but not quite as sharp as I normally like to see it. There is no evidence of macroblocking, posterization, or any thing like edge enhancement that I could detect. 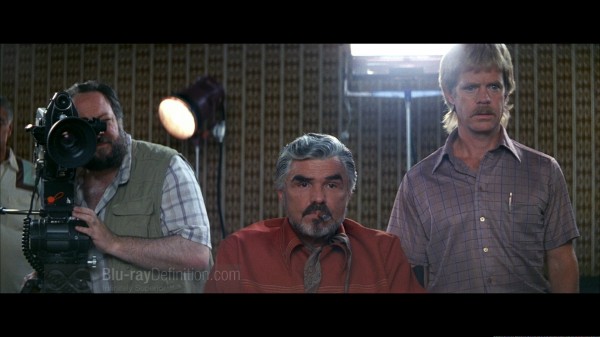 Boogie Nights comes with a Dolby TrueHD 5.1 soundtrack as its sole option. The mix is very front-heavy and the surrounds are used only for some very low-level ambient effects. With that being said, the mix does effectively convey the film’s nearly nonstop period soundtrack with deep bass and smooth high frequencies. Dialogue is intelligible, but sometimes has some crackle. There is good dynamic range, but ultimately Boogie Nights’ soundtrack is competent, but lackluster. 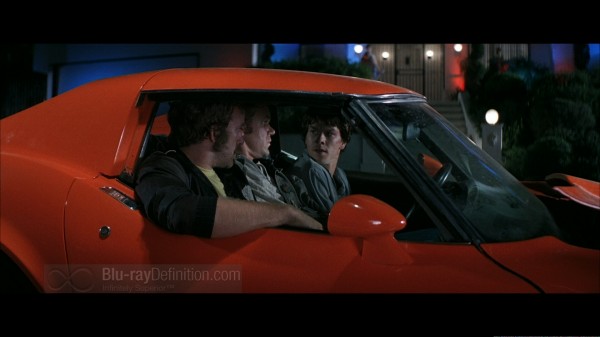 The supplements from the previous DVD release of Boogie Nights arrive on the Boogie Nights Blu-ray intact and still in standard definition. There are two audio commentaries, one from write/director Paul Thomas Anderson and one from the all-star cast. These will be the most compelling extras to check out. 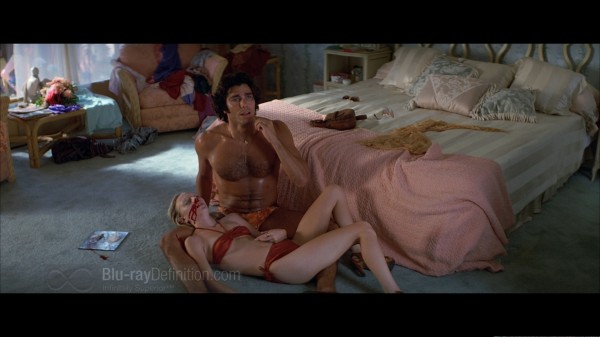 It’s hip, sleek and emotional perfection — it’s Paul Thomas Anderson’s Boogie Nights and this more than solid Blu-ray effort from New Line means that this comes as a recommendation, despite its lack of high definition supplements.