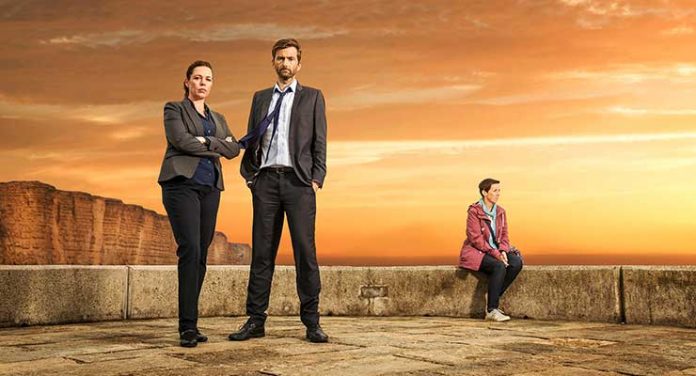 The series in this final chapter continues to look as beautiful as ever – its windswept seaside cliffs — Harbour Cliff and Beach in West Bay, Dorset providing much of the scenery – and the gorgeous widescreen cinematography. This is a cinematic crime drama in every sense spread out over several episodes. And Tennant and Colman are brilliant together as the detectives getting to the bottom of yet another brutal crime that has the town abuzz. Tennant, once known as the quirky Doctor Who, has long since shaken off that typecasting and played such roles as the villain Kilgrave in Netflix Original Marvel’s Jessica Jones and Richard II.

This is a fitting end to this riveting series that, while it has done well in its native land across the pond, has only had minor success in the U.S. It’s time for America to wake up to what is in fact a very strong mystery series in three series. Perhaps it will gain popularity in the coming years. 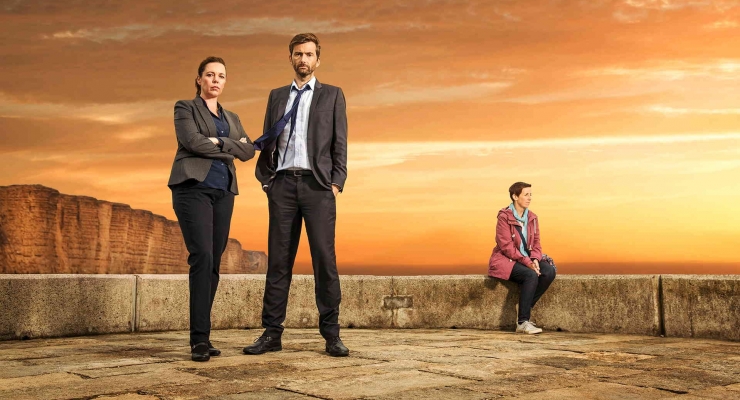 The 1080i/50 AVC encodement of Broadchurch framed at 2:1 looks solid. The digital source comes across crisp with nuanced shadow detail and natural colors. There is a little bit of washout in the darker areas in some places, but there are no issues with banding or compression noise.

The audio options for Broadchurch are disappointing. The 5.1 mix is only provided in the DVD-era lossy DTS format and, while it does provide clear dialogue, the mix itself isn’t much to talk about. There is some mild ambience in the surrounds and the score occasionally comes alive as well as some rain, which immerses you. There is an English LPCM 2.0 stereo mix as well that has good stereo separation and clear dialogue as well. The dialogue isn’t as distinctly weighted to the center for obvious reasons, but it is a strong option given the weakness of the 5.1 mix.

The collection comes with a small set of featurettes that briefly offer a making of and overview of the series’ style. These EPK-style features provide interviews with the cast and crew. Some deleted scenes and a gorgeous high-resolution still gallery are included as well.

Broadchurch ends its run on a riveting and involved mystery about a brutal sexual assault. The cast and writing are strong throughout keeping viewers guessing straight through. While some of the issues surrounding sexual assault, the effects of pornography and racial politics are incorporated, they are only briefly touched on and at times feel a bit under examined. Despite this minor flaws, this series is top-notch and presented well on Blu-ray to boot even of the audio mix and provided codec is disappointing.