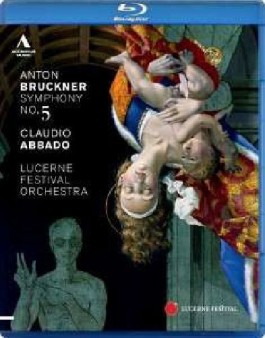 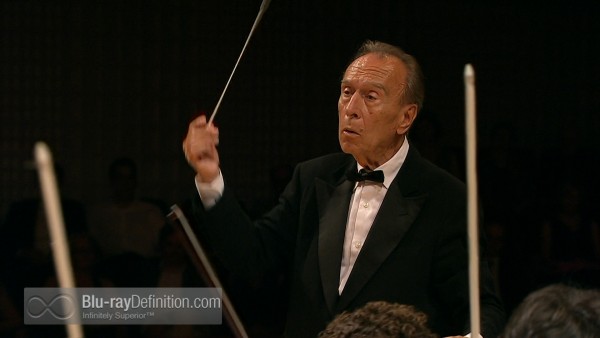 Anton Bruckner was a humble composer who venerated his contemporary German, Richard Wagner.  Most of Bruckner’s symphonies are Wagnerian in orchestration and length, the current Symphony No. 5 being no exception.  This Blu-ray is a 2011 performance from the Lucerne Festival, featuring maestro Claudio Abbado’s handpicked virtuosic orchestral group, beefed up with a pretty hefty brass section. After a ponderous beginning, the pace picks up during the rest of this 80-minute work. Perhaps not as popular as Bruckner’s 4th and 7th symphonies, the 5th symphony does offer some inspired passages surrounded by considerable musical longueurs.  This structure creates the usual challenges in presenting the Bruckner oeuvre as stimulating music that merits our sustained attention over its considerable length. Claudio Abbado, an amazing conductor who was approaching his 80’s when this concert was recorded, resorts to some of his Mahlerian touches, particularly helpful in maintaining the pulse and pace of this work. This disc is aided by first-rate sound and video recording, a trademark of the Accentus studio. 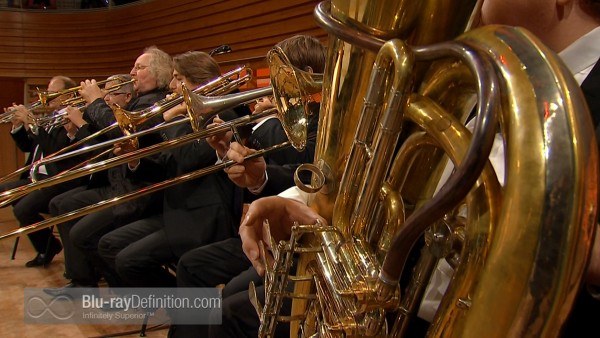 Michael Beyer, a veteran orchestral video director, keeps the cameras in step with the entire group of players, accompanied by tactful close ups of the soloists and the expressive conductor when called for. His deft videography keeps the pace going in spite of the frequent slow musical passages. Colors and detail are quite lifelike. 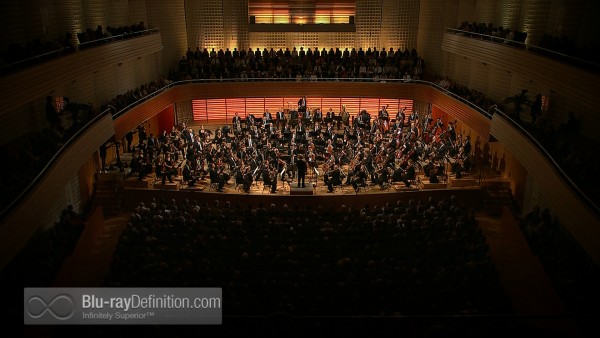 The DTS-HD Master Audio 5.1 soundtrack delivers a huge soundstage but with deference to the instrumental details that Abbado elicits throughout the performance. The stereo PCM is good but not nearly as spacious. Through a growing series of these Lucerne Festival concerts, I have grown accustomed to the acoustic of the Festival Hall and its characteristic warmth is well captured in this disc. 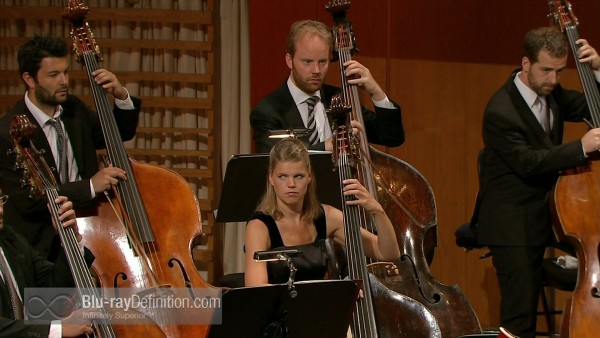 There are no additional materials offered except for trailers of other Accentus BDs. 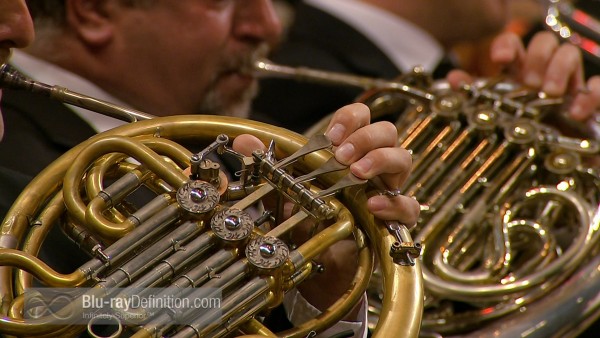 There are a number of orchestras that are known as world-class Bruckner ensembles, including the Wiener Philharmoniker, Berlin Philharmonic, Royal Concertgebouw and Chicago Symphony Orchestras. While it excels with other repertoire, the Lucerne Festival Orchestra does not quite belong to these exalted ranks of Brucknerians.  Some of the responsibility, if you will, must be attributed to Abbado’s take on the Nowak performing edition (the one most commonly used today). He seems to favor somewhat fleeter tempi than I am used to, not necessarily a bad thing in long works like this one. However, I think that Bruckner liked to luxuriate in the fat brass sonorities and the thumping bass lines and we do not get a large dose of these features in this performance.  Being the sole BD entry, Abbado’s rendition of the Bruckner Fifth would supply a satisfying addition to the libraries of Bruckner completists. As one who has been preconditioned to the audio versions of such luminaries as Georg Solti, Herbert von Karajan, Karl Schuricht and Hans Knappertsbusch, I just did not get all of the overpowering sensation of orchestral weight that I expect in performances of this work. 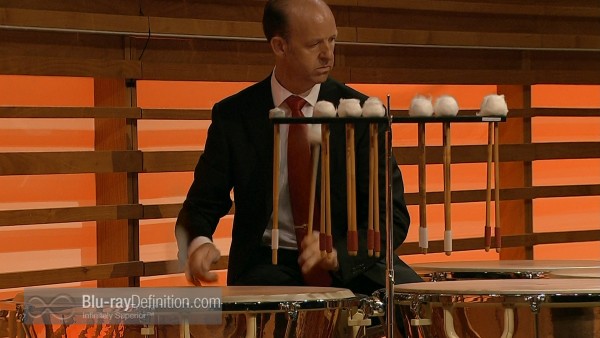 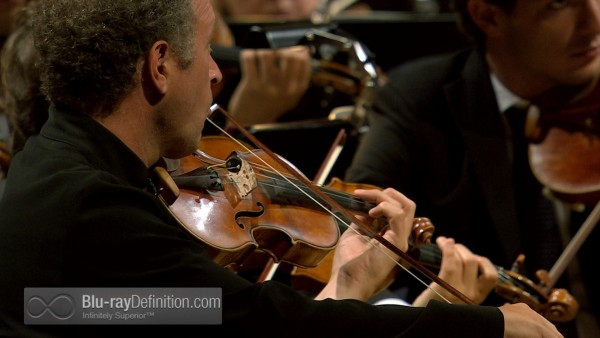 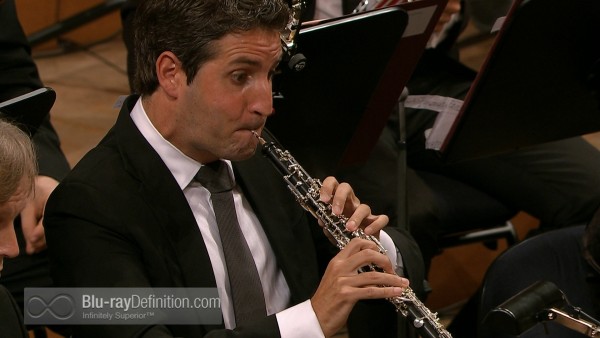 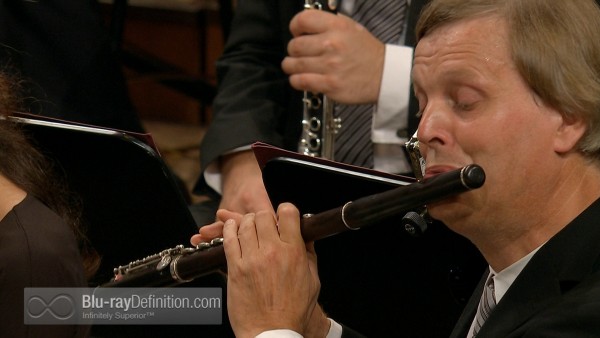 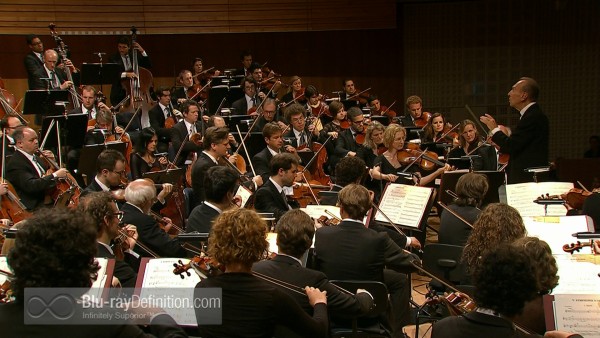