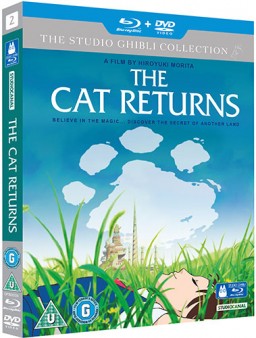 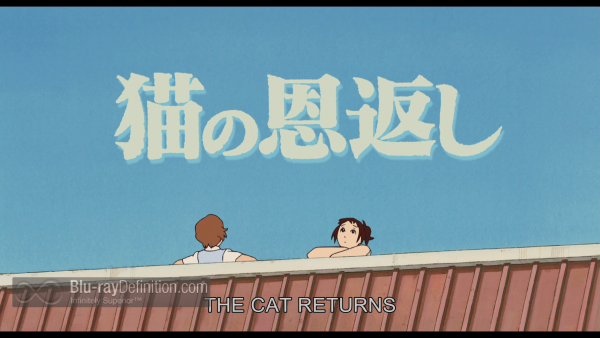 The “fat cat” and The Baron from Miyazaki Hayao and Kondô Yoshifumi’s endearing drama Whisper of the Heart return in this updated fantasy/comedy from director Morita Hiroyuki. Based on a manga by Hiiragi Aoi, The Cat Returns (猫の恩返し) has a completely different look and feel than Whisper of the Heart, and also lacks the involvement of Miyazaki.

The story follows average high school girl Haru, whose life is rather quiet outside of spending time with her best friend, and who isn’t too popular in her school. When she saves a cat crossing a busy street, that cat turns out to be a Prince from the Kingdom of Cats. Soon, Haru is being whisked away by the King of Cats who wants her to marry his son the Prince. She must turn to The Baron, a cat who spends his days in a shop window as a statuette, and a grumpy, fat stray cat, Muta, to help rescue her from the strange parallel world of the cats.

The Cat Returns will come as a surprise to anyone expecting another Whisper of the Heart. The emphasis here is placed much less on the characters and more on the adventure, but it is certainly a fun romp that moves along at a rapid pace. The high-flying final act pays obvious homage to its predecessor, and it also one of the best animated sequences of the film. 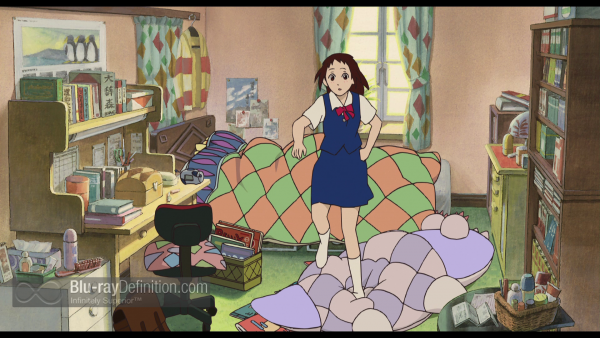 StudioCanal offers up a beautiful rendering of The Cat Returns‘ digital animation on Blu-ray in an AVC/MPEG-4 1080p transfer. No digital anomalies can be spotted, the color fills are all clean and vibrant, and the detail is sharp. 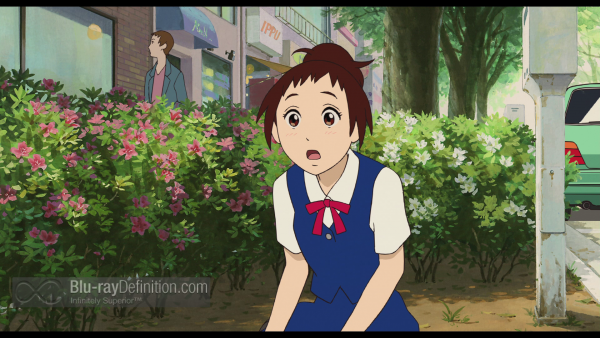 Also appealing are the lossless soundtracks in DTS-HD Master Audio 5.1 (48kHz/16-bit) for the original Japanese and the English dub. Low end is deep, but tight, and there’s an even balance between the front spread and the surround channels, with a tight 360-degree sphere that encapsulates, particularly during the film’s denouement and the flight through the air. 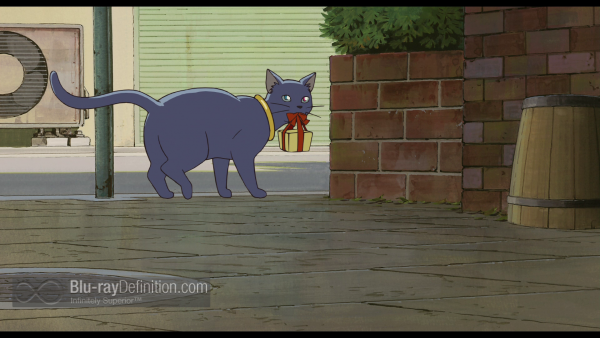 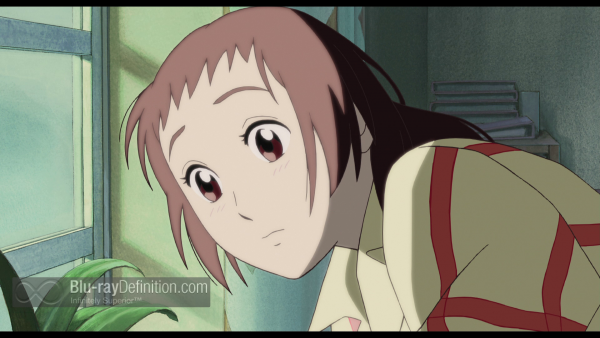 The Cat Returns is a fun romp that the whole family can enjoy. Not necessarily a sequel to Whisper of the Heart, but a new adventure entirely for some of its familiar characters and one that cat lovers will enjoy. 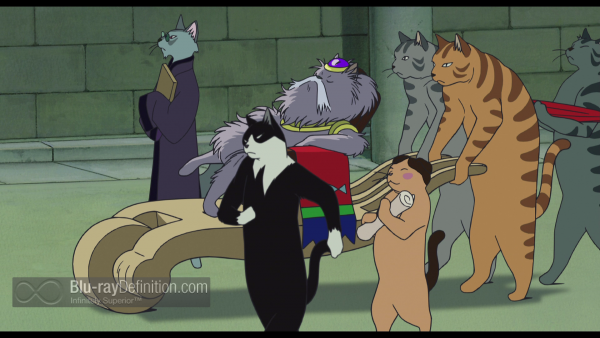 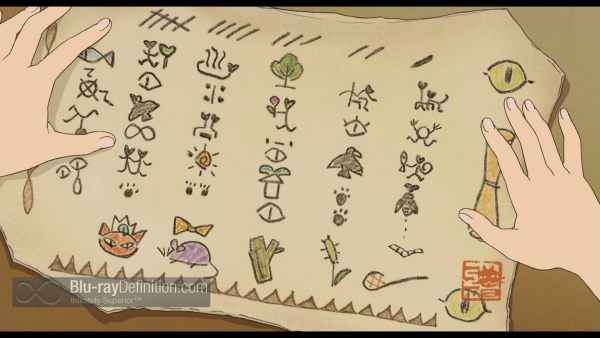 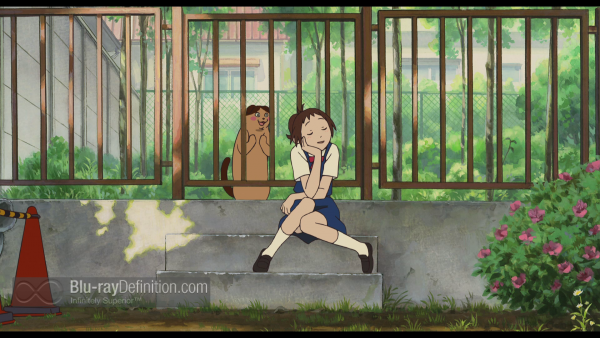 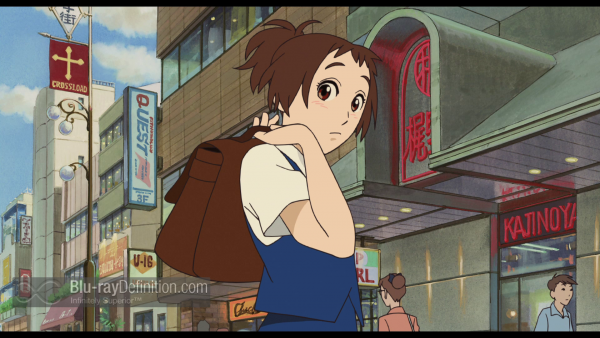 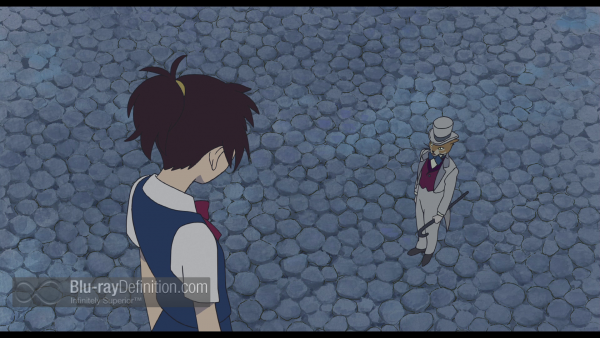 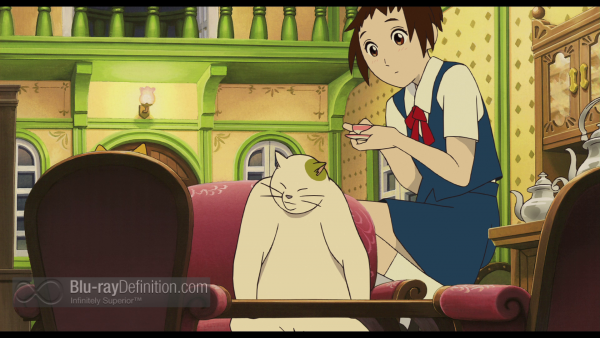 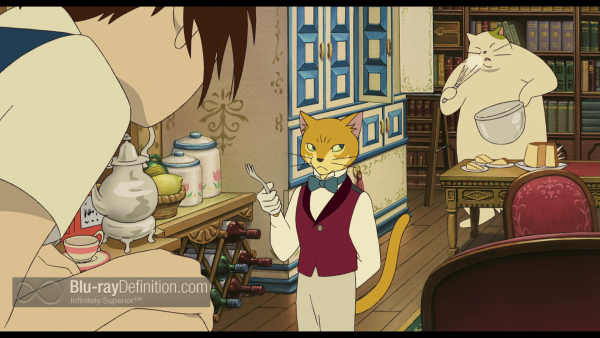 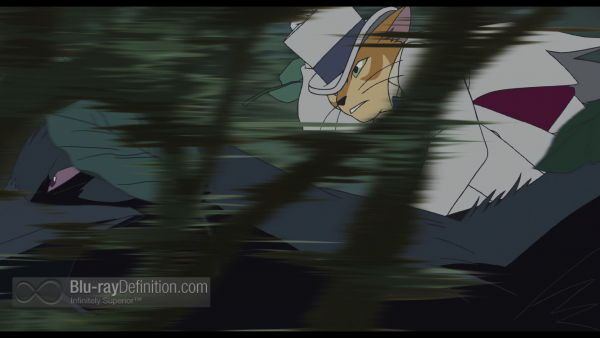 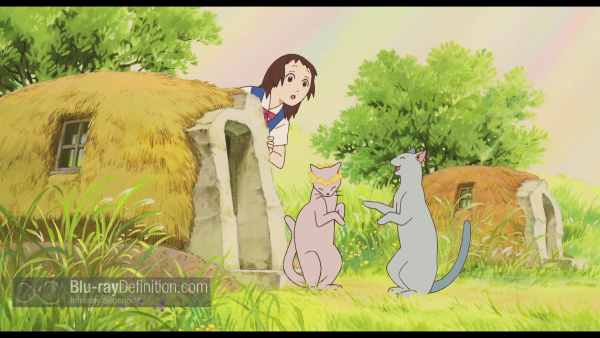 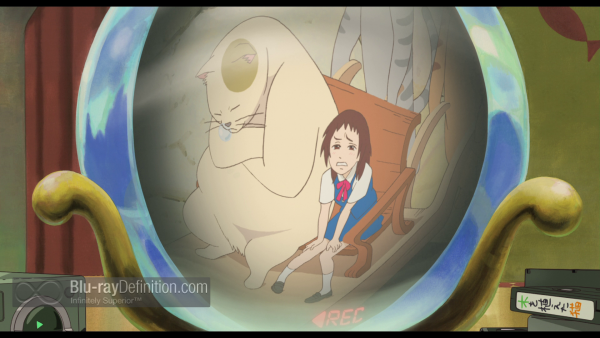 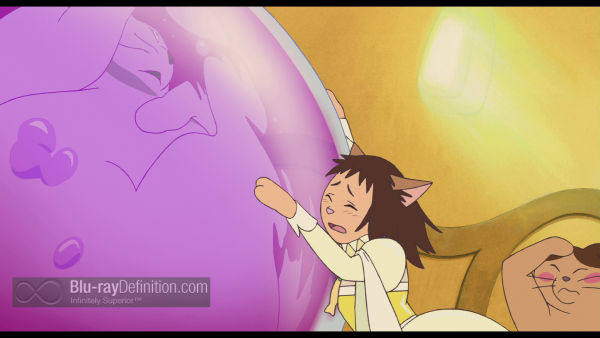 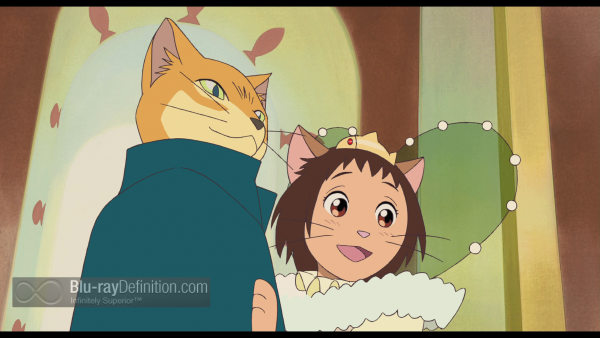 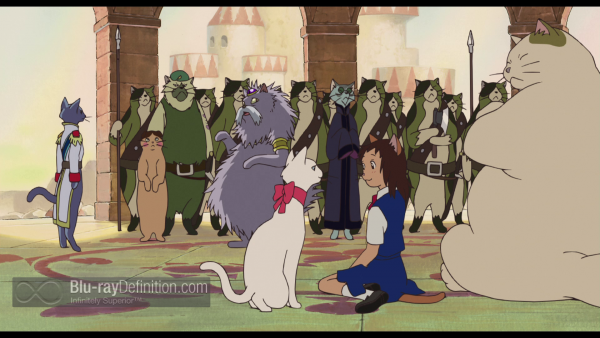 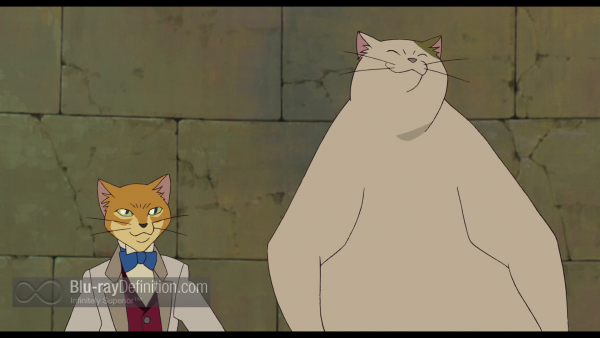 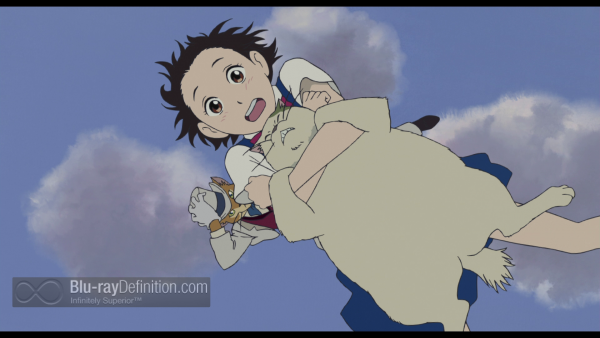 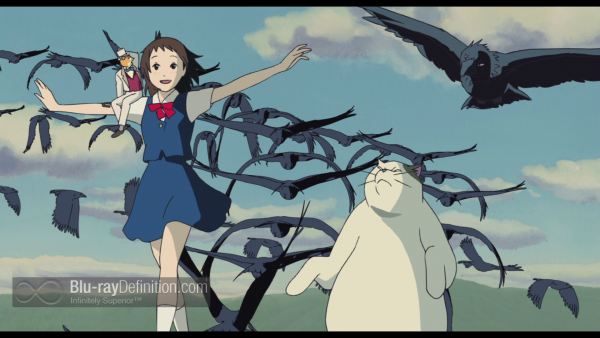