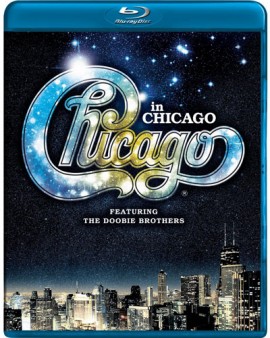 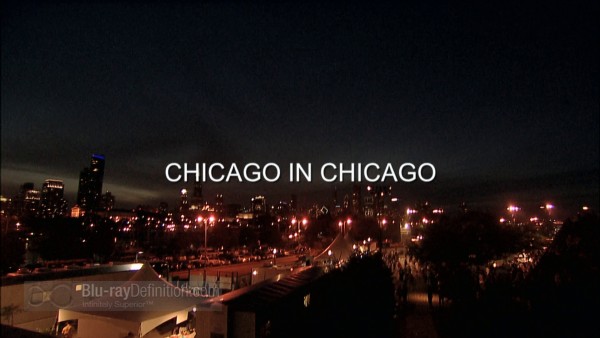 One of the top selling American bands and one of the earliest prog-rock bands, Chicago, returned to their namesake city and their hometown during their 2010 world tour for a date at the Charter-one Pavilion. Set against the gorgeous backdrop of Lake Michigan, the band with the rockin’ horn section threw down a set list of their biggest hits going all the way back to their debut, Chicago Transit Authority. It included “Saturday in the Park,” “Make Me Smile,” and “You’re the Inspiration.”

For anyone out there still unfamiliar with Chicago, the band’s music at its best has always been a blend of jazz, blues, soul, funk, psychedelia, and pop. By the 80s they discovered the power ballad as a counterpart and push back to the new wave and punk that was squeezing their brand of music off the airwaves. The 2010 concert also features an appearance from the Doobie Brothers for a combined encore that includes “25 or 6 to 4” and “Does Anybody Really Know What Time It Is?” 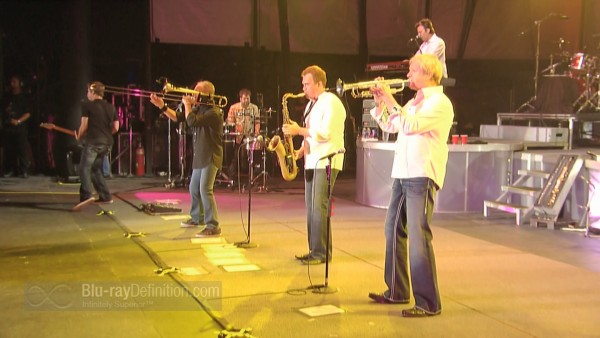 This HD production, showing up here in a 1080i/60 AVC/MPEG-4 encodement from Image Entertainment, is not one of the better looking live concerts I’ve seen on Blu-ray. Despite the rather well lit stage production and limited use of flashing lights, I see a lot of video noise and motion artifacts here and the overall color reproduction is a bit washed out. Detail is on the soft side as well. 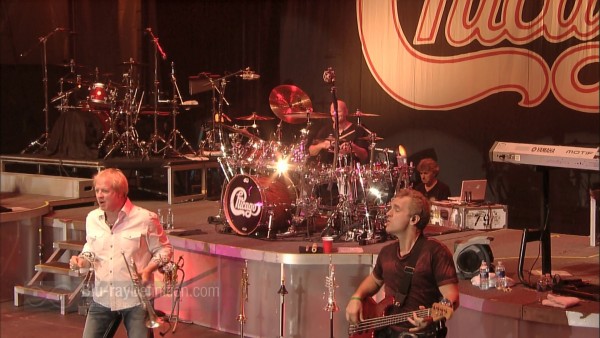 Two audio options are provided, a DTS-HD Master Audio 5.1 lossless (48kHz/16-bit) mix and a LPCM 2.0 (48kHz/16-bit) stereo mix. The 5.1 option offers little surround ambience so it misses the opportunity to capture the live performance space other than the noticeable sound of crowd noise in between performances. It is also poorly balanced, with too much emphasis on low frequencies and a bit of a hole in the midrange with vocals sounding just a tad low in the mix as well. The LPCM 2.0 mix has far better balance with punchier midrange and better vocal presence. Both mixes sound a little jagged around the higher range, however. 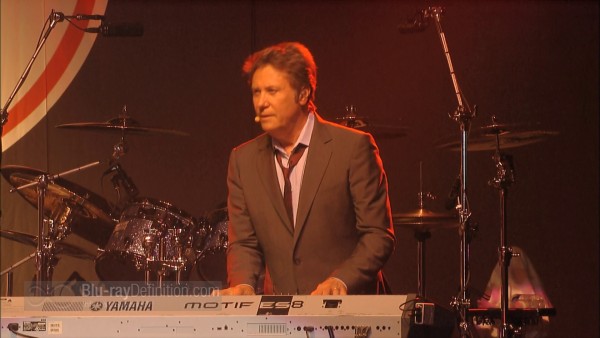 The only thing worthwhile here is the lengthy discussion between bandmates in HD. 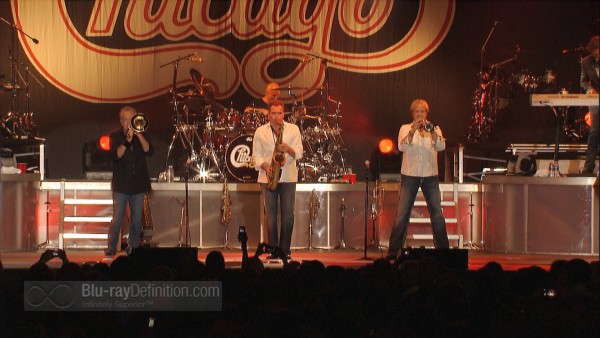 While the hits are all here, the lackluster video and audio, plus a phoned-in feel to this performance overall make Chicago in Chicago much less compelling than the tantalizing title implies it should be. 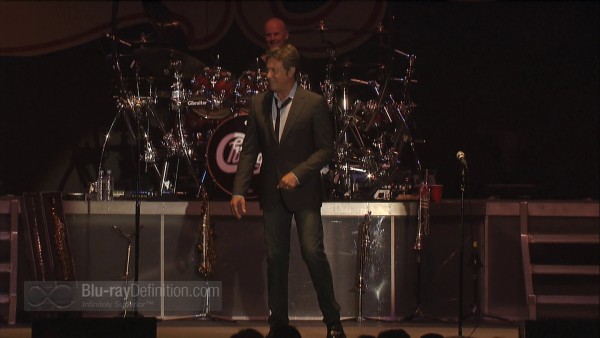 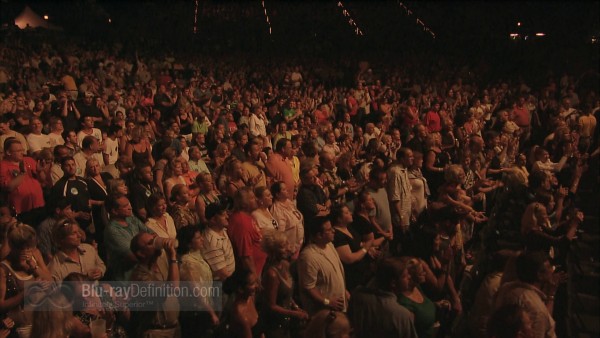 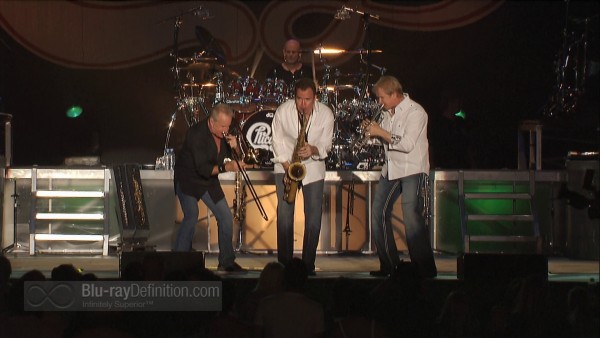 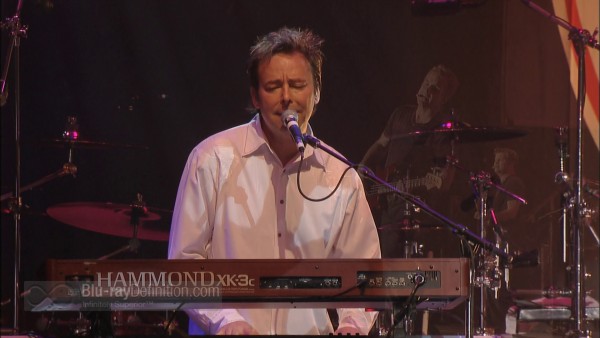 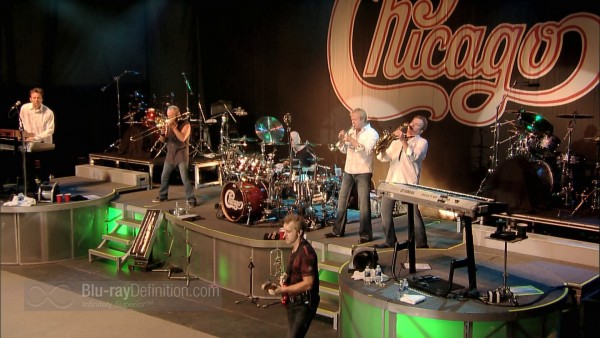 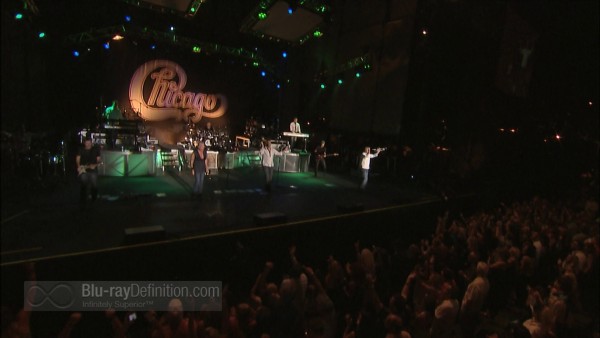 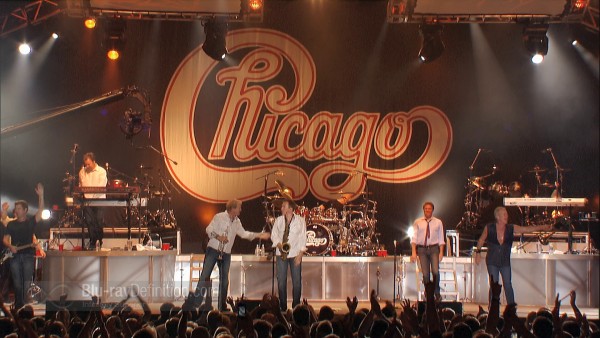 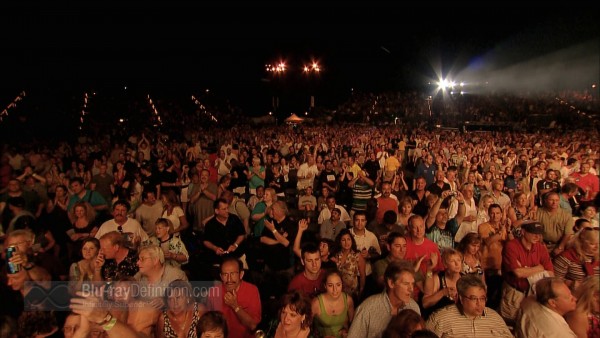 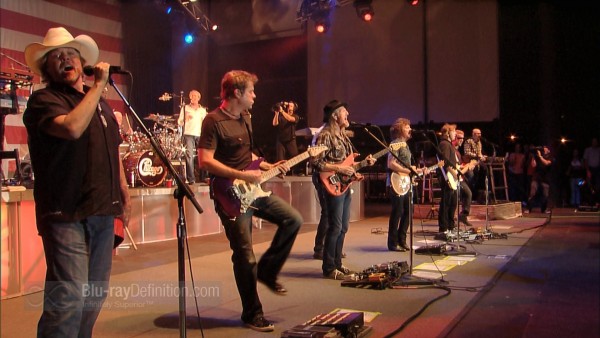 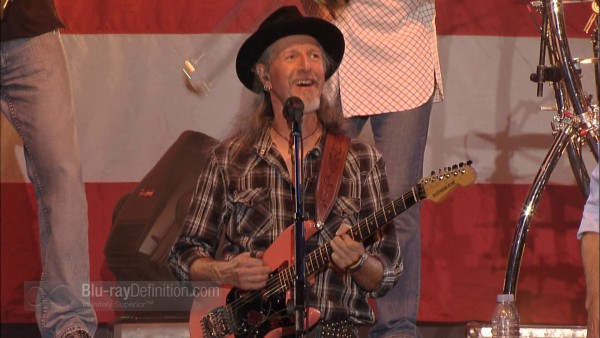