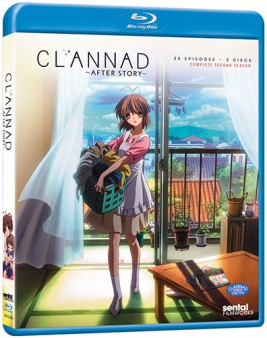 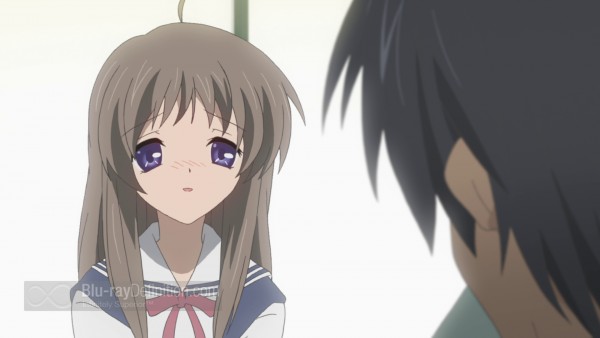 Clannad ~ After Story ~ Complete Second Season picks up from where this anime adaptation of the visual novel left off after the first season. The characters are now concerned about graduating from high school and moving on with their lives. Nagisa and Tomoya are firmly a couple and soon, as Tomoya graduates and Nagisa once again suffers from illness and must repeat her senior year, the two find themselves in the real world dealing with real life issues. Moving forward with his life together with Nagisa, Tomoya, who was so adept at helping out his friends in high school with their troubles, realizes he is not so skilled at working out his own problems.

With the same beautiful animation that defined the first season, an even more beautiful tale is woven in Clannad ~ After Story ~ one that is charming, sweet, and heartbreaking. The characters all grow tremendously and reflect the universal truths that we all know and experience – love, loss, fear, anxiety, and the pressure to succeed. 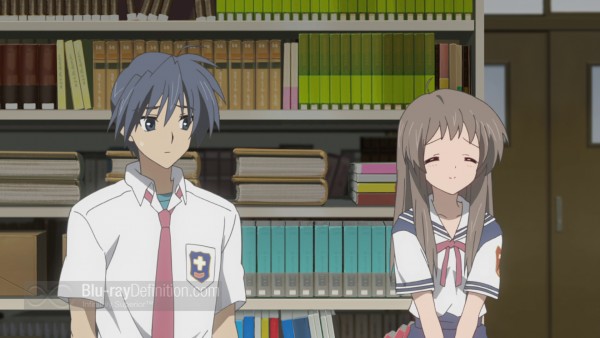 The gorgeous animation for Clannad ~ After Story ~ is given a strong AVC/MPEG-4 1080p encodement on Blu-ray from Sentai Filmworks. Although the purposeful, ethereal, “milky” veneer that permeates the image sometimes seems to soften the detail, it never distracts or ruins the enjoyment of the series. Lie art mostly clear, and no motion artifacts or aliasing are detectable. 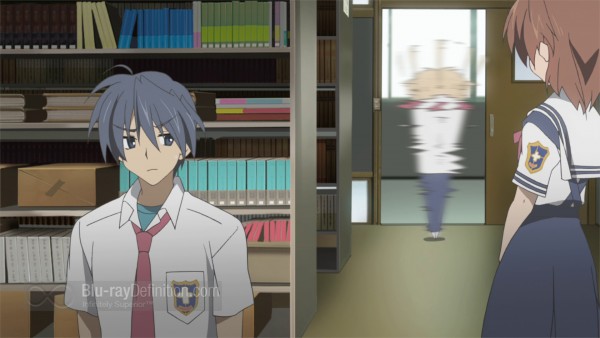 Like the original series, Clannad, in both its original Japanese and English dub, has a subtle and atmospheric lossless DTS-HD Master Audio 5.1 (48kHz/24-bit) soundtrack that is nicely balanced between the front and surround channels, has clean dialogue and a good amount of dynamic range. It is open and airy with a natural midrange, but there isn’t much in the way of low frequencies. That doesn’t harm the sound, however, as the mix works very well for the material. 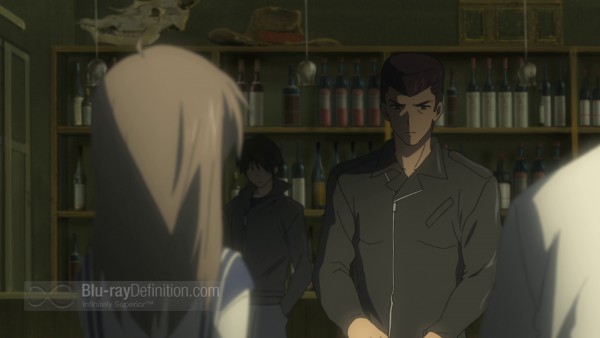 There isn’t much on offer here, but the audio commentary for Episode 16 is a nice inclusion. 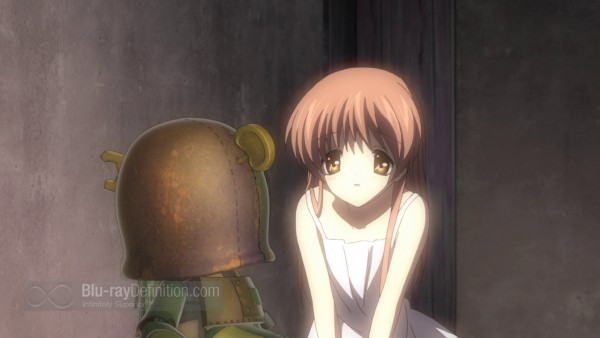 Clannad ~ After Story ~ is an enchanting follow up to the original season of Clannad. It is a series that will capture your heart with its wonderful characters, truthful story arcs and stunning visuals. Recommended. 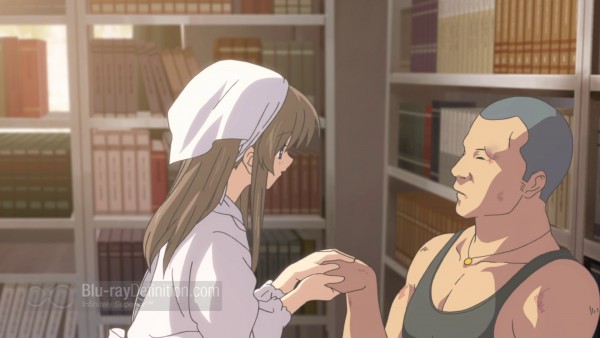 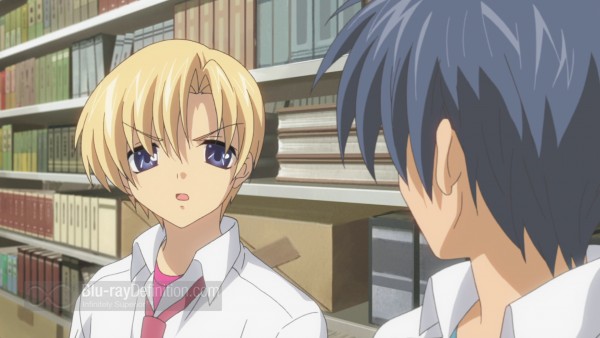 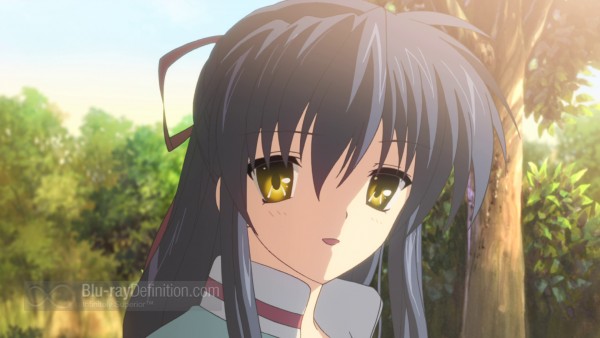 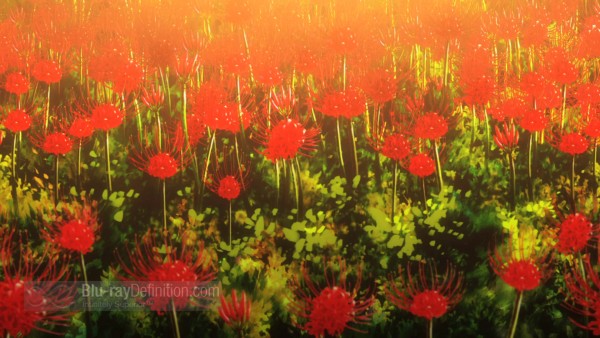 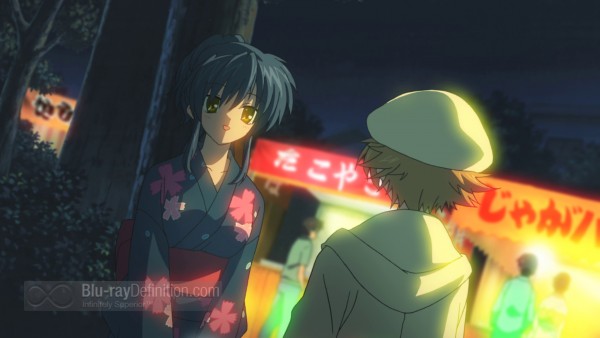 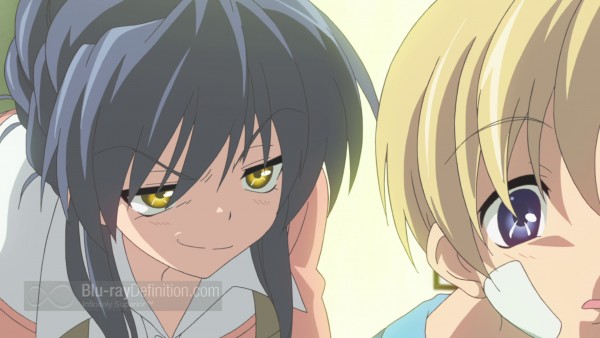 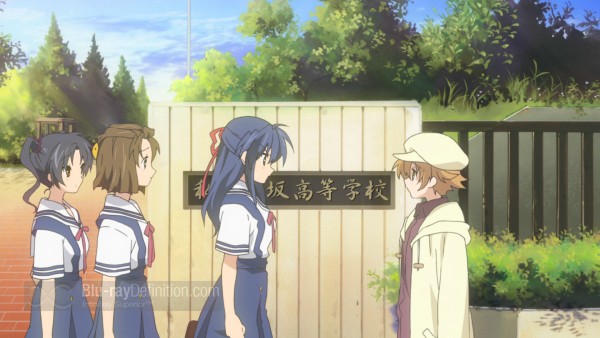 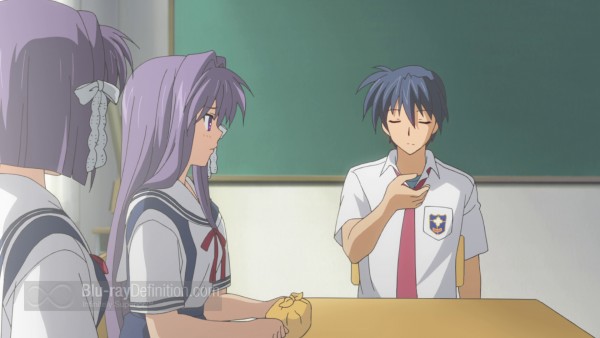 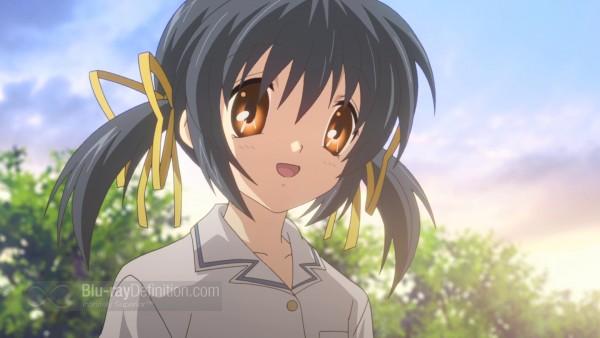 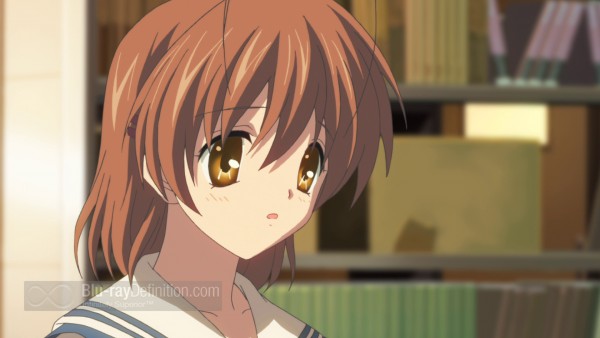 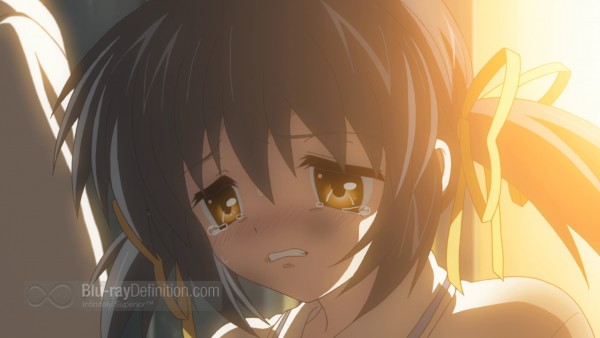 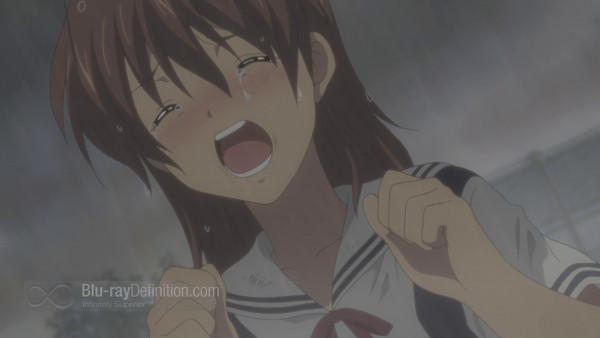 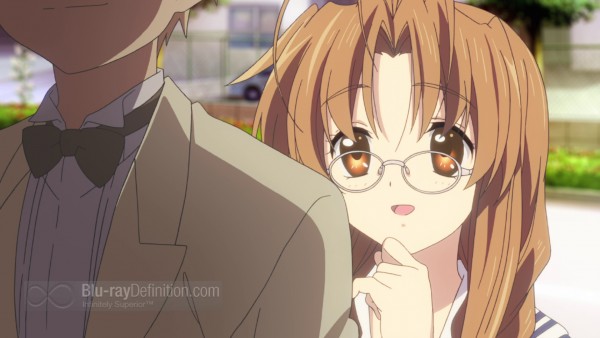 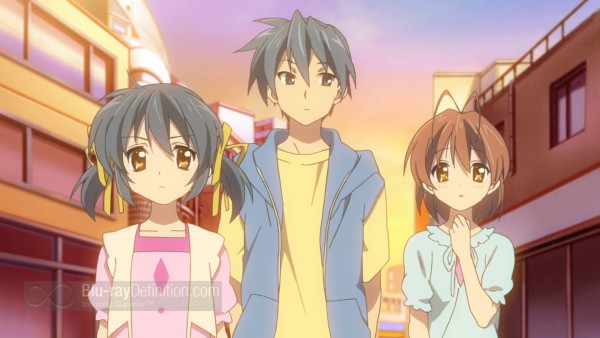 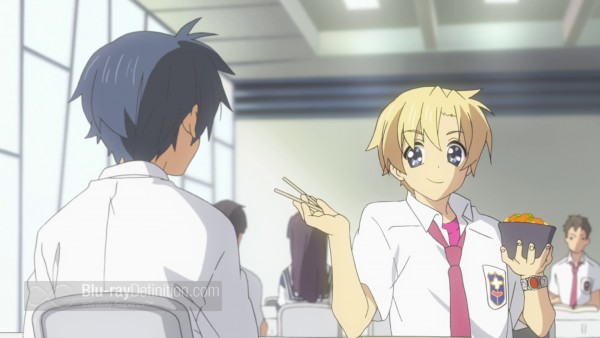 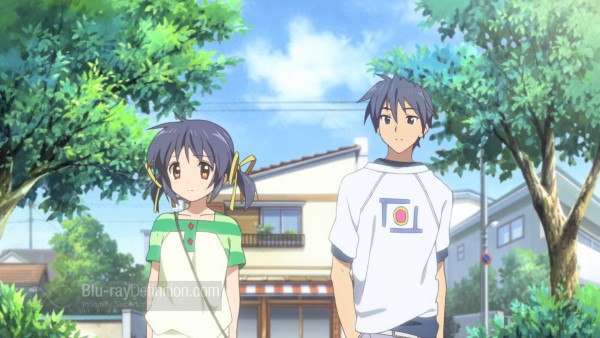 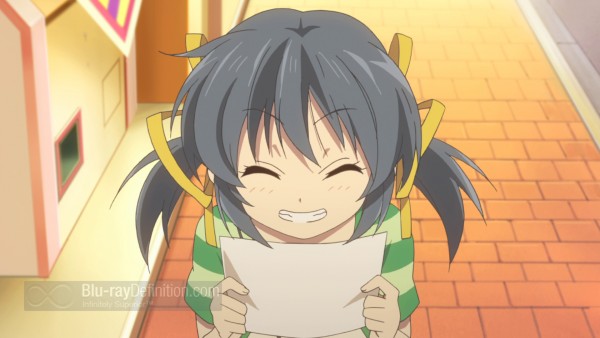 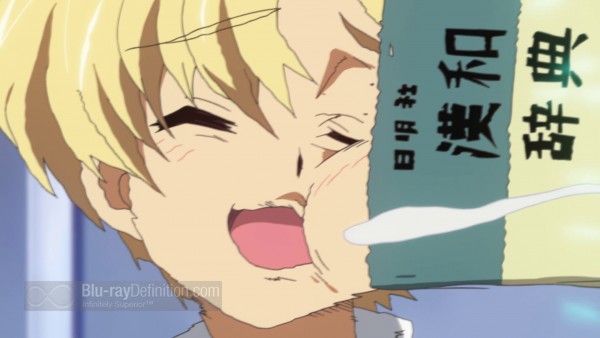 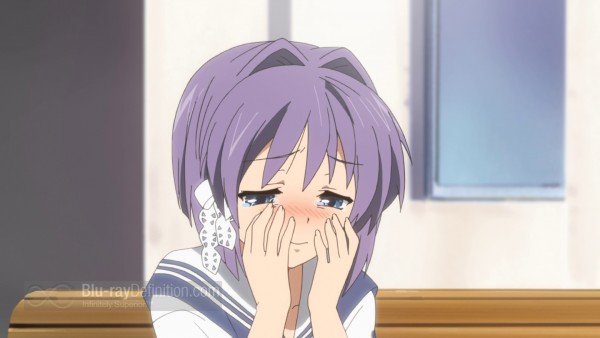 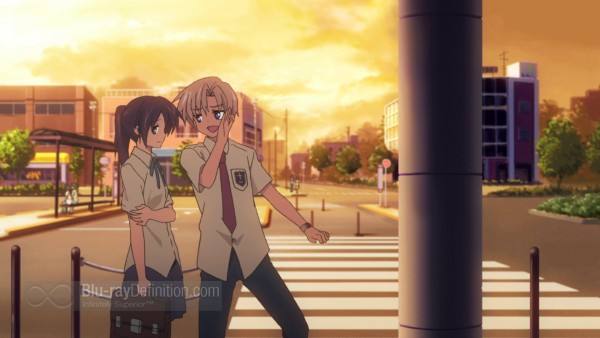 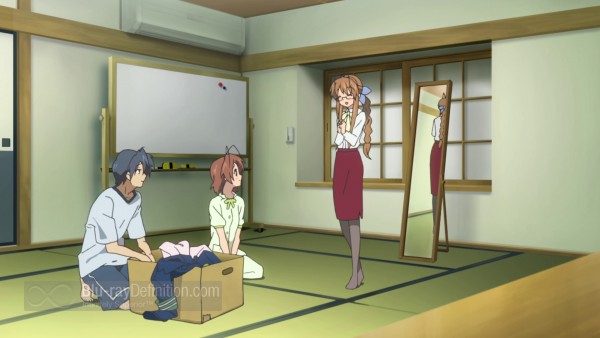