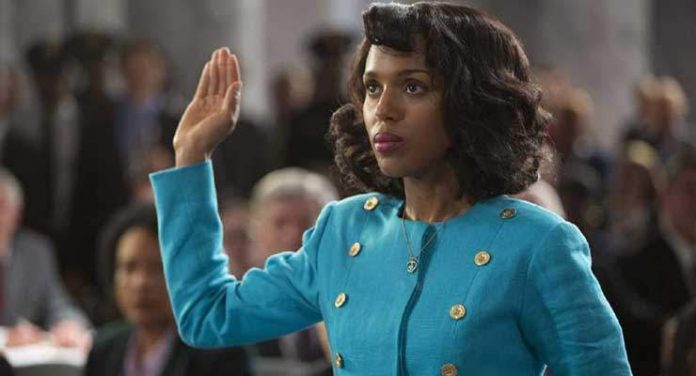 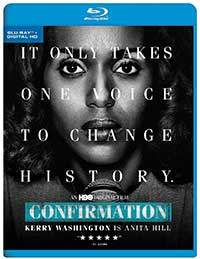 There are a few events in recent politics that have lasting historical impact and cross over into the wider popular culture, and the nomination of Judge Clarence Thomas by President George H. W. Bush to fill the vacancy on the Supreme Court left by the retiring Justice Thurgood Marshall is one of those events. The reason has more to do with the events surrounding the nomination and what happened in the wake of it than anything else.

Thomas (played convincingly by Wendell Pierce, TV’s Treme), would be accused by a former employee, law professor Anita Hill (Kerry Washington, TV’s Scandal) of sexually harassing her ten years earlier when they worked together. It was a story that was uncovered by Newsday and NPR, and Hill reluctantly came forward to testify in front of the Senate Judiciary committee, then all male, and all white. The result was a whirlwind of nonstop coverage, and a polarizing effect on the entire nation with people taking side along lines of gender, race, and political party.

HBO’s TV film is not exactly the greatest in-depth docudrama on the subject. It barely gets below the surface of what really went on behind the scenes or even attempts to explore the truth about Clarence Thomas. Where the film is successful is that it fundamentally exposes just how much disregard men had for women and their complaints of sexual harassment in that era. Hill was practically labeled a nymphomaniac. Other women who came forward to corroborate her statements or to testify to their own harassment from Thomas were disregarded.

Washington is the star of this film in every way. Her reserved performance carries the film, she channels all 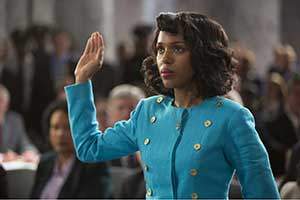 the anxiety that goes along with the impossible position that any woman would find herself in given those kinds of circumstances. On the opposite end is Wendell Pierce who channels or sort of fierce indignation in his portrayal of Judge Thomas, exactly what you’d expect by someone defend their character against such charges, true or false.

After the maelstrom of the Thomas hearings that ultimately resulted in him being confirmed as a Supreme Court justice, despite all the controversy, there was a wave of women that ran for office and won, entering the U.S. Senate for the first time, changing the face of American politics for ever.

HBO’s Blu-ray release of Confirmation is offered up in the studio’s typically high quality with an AVC 1080p encodement framed at 1.78:1. The colors are rich in the midrange, but this is hardly what could be considered a colorful TV movie. It doesn’t ‘pop’, but it looks well enough, like the blue of Anita Hill’s dress standing out against the drab greys and navy blues of the Senator’s suits or the wood grain of the senate itself. This nicely shows off the contrast and nuance of the transfer, which is strong and crisp in texture.

A straightforward DTS-HD Mater Audio 5.1 audio mix is offered for Confirmation on Blu-ray from HBO. Given that this is an audio-driven film, the relatively low-level atmospherics in the surround channels and limited amount of low-end and sound effects are fine. Dialogue is full and clear without clipping.

Given the historical implications of the events that Confirmation documents, the limited and brief extras delving into the history are a disappointment. The featurettes are listed below and the titles are self-explanatory.

Confirmation is a visit back to a time that resulted in a sea change in American politics and cultural behavior. While the film hardly rises to the level of greatness, the performances of Kerry Washington and Wendell Pierce are certainly noteworthy.