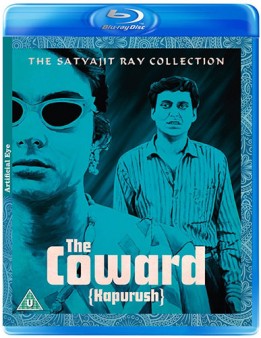 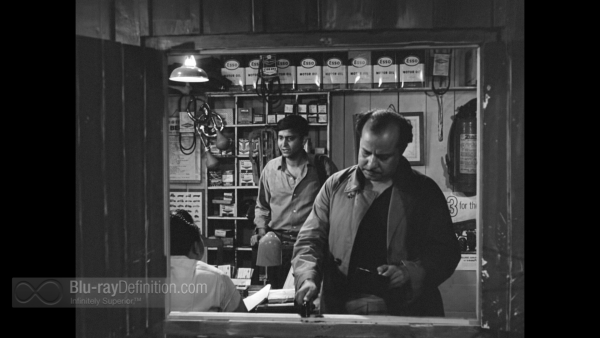 Satyajit Ray’s 1965 feature Kapurush (The Coward) is slight in comparison to the more sprawling and socio-political films he is noted for, but hardly less interesting from a visual standpoint. With Soumitra Chatterjee and Madhabi Mukherjee reprise their roles as conflicted lovers from Charulata, only this time from a slightly different angle. Soumitra Chatterjee is Amitabha, a Calcutta writer of high manners whose car breaks down in a small town and he is offered lodging by a local tea merchant. Amitabha is surprised to find that the man’s wife, Karuna (Mukherjee) is the woman he loved years before, but lost because he couldn’t withstand her upper-class family’s disapproval, as we find out through a series of flashbacks. Now disheartened by Karuna’s icy demeanor toward him, he tries to understand what she sees in the boorish man she is married to and tries to convince her to leave him and run away with him, but she continues to be nothing but cruel in response. It’s fitting, given how he broke her heart years before.

The subject matter is nowhere near as weighty in Kapurush as it is in may other of Ray’s films, but we are still given a series of glorious images, no doubt influenced by his growing reference bag from Western cinema. While watching Kapurush, one recalls without question the melodramas of golden era Hollywood, like Casablanca, or the more experimental French nouvelle vague works such as Breathless, in the way Ray uses lighting or frames his scenes. 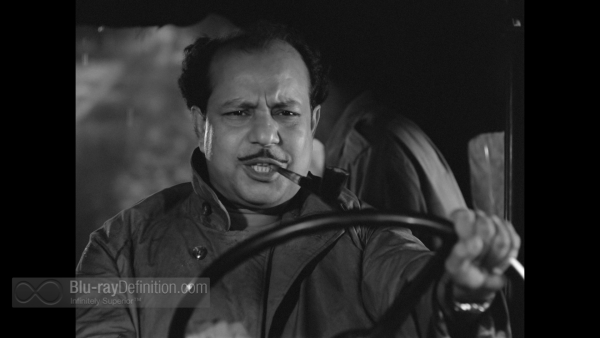 Like one of its counterpart releases in this recent set of Satyajit Ray films released to Blu-ray from Artificial Eye, Charulata, Kapurush also suffers from heavy-handed DNR and has been scrubbed clean of grain, smoothed of detail, shows waxy textures on flesh, some smearing, and ha a generally flat appearance. The AVC/MPEG-4 1080p encodement is otherwise fine, have good shadow detail and I have no doubt that many non-critical viewers will find this presentation pleasing, but videophiles and non-grain haters might take exception. 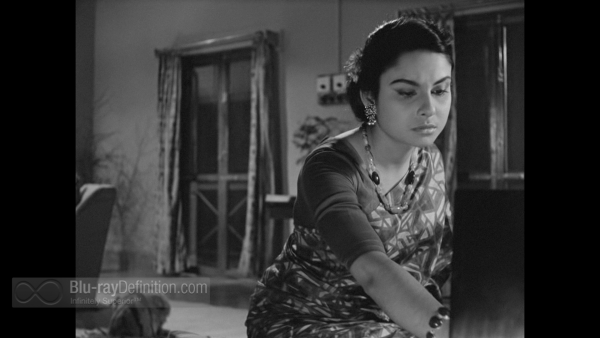 The bilingual English/Bengali monaural soundtrack is provided on the Blu-ray in LPCM 2.0 (48kHz/24-bit). A somewhat thin-sounding track with limited dynamic range, it at the very least as limited hiss and crackle and offers intelligible dialogue. 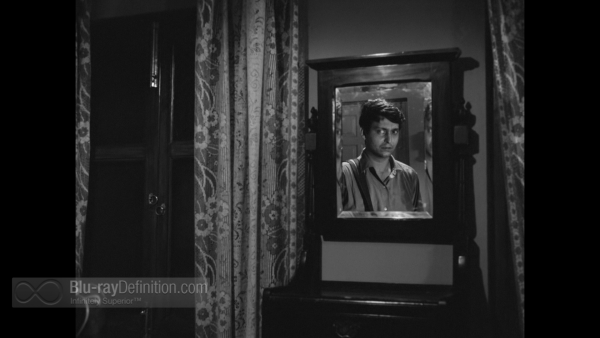 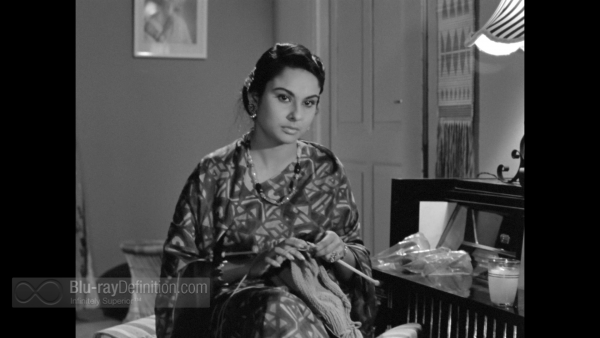 This sort feature from Indian filmmaker Satyajit Ray is pure romantic conflict, rather than social commentary. The beautiful imagery supplies the depth we are used to from Ray, as do the fine performances from the actors involved. The Blu-ray release from Artificial Eye is a bit too heavily processed to appeal to videophiles, but others may find the hyper-scrubbed appearance of the image appealing. 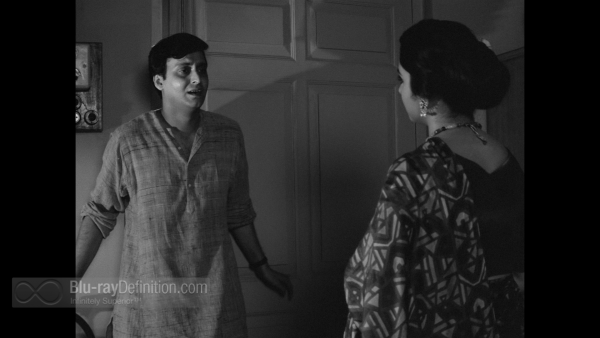 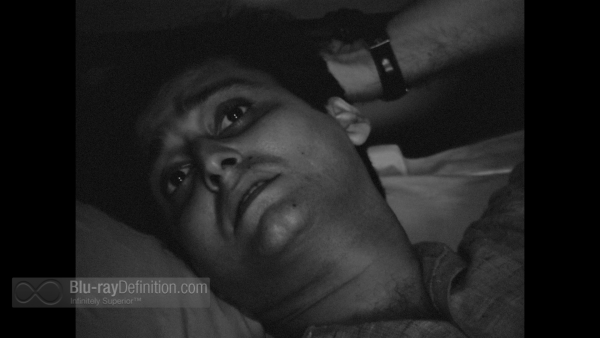 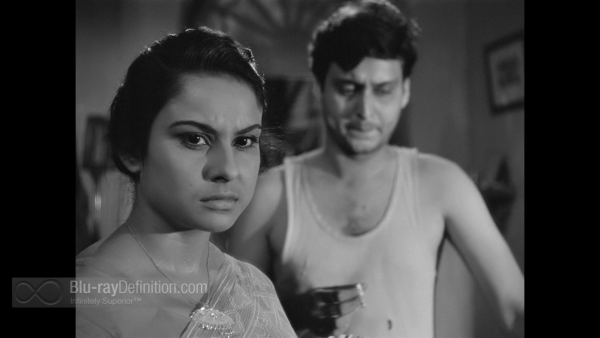 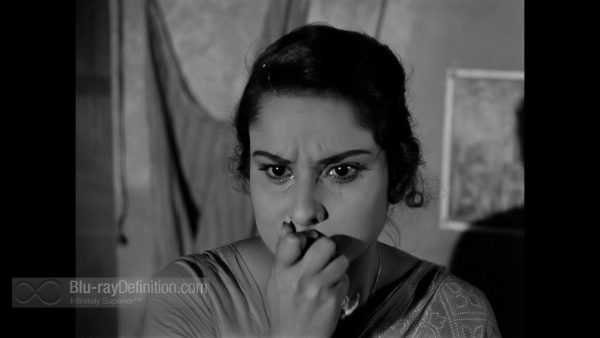 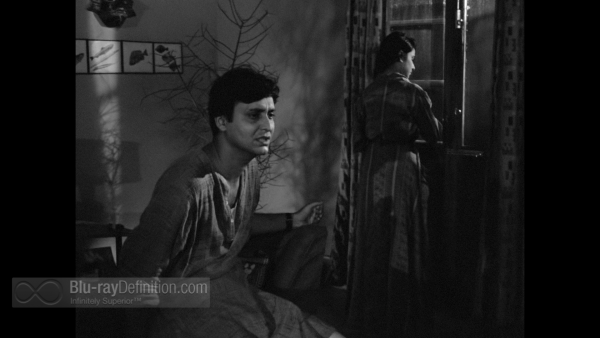 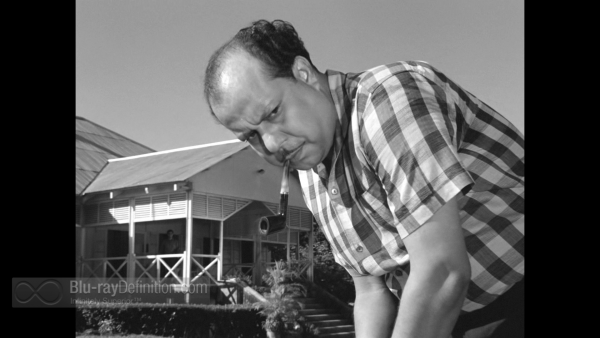 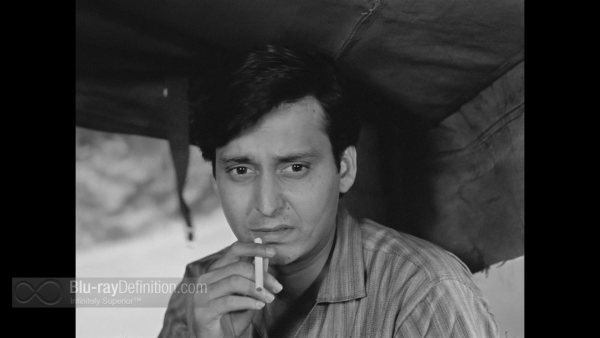 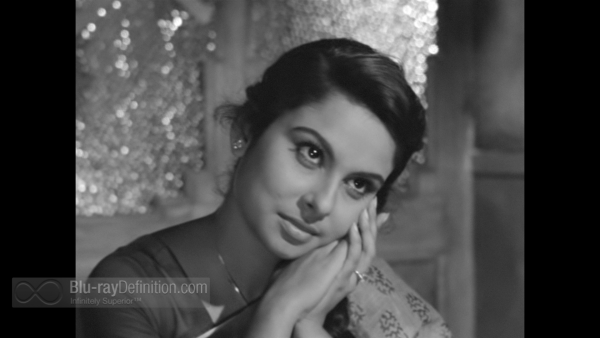 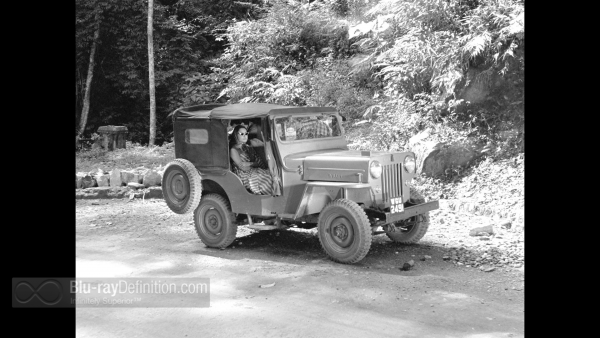