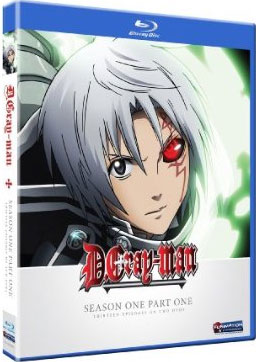 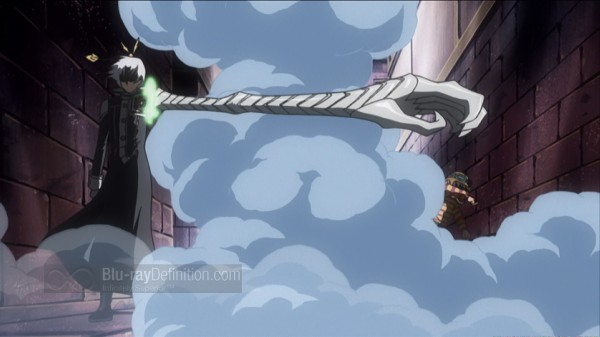 D.Gray-man is a popular anime series based on an original manga by Katsura Hoshino. With over 100-episodes, it has been previously released to DVD in 13-episode sets. It now begins to arrive on Blu-ray from Funimation in the same 13-episode configurations, with this, Season One Part One, being the first installment.

The story is a gothic, steampunk tale set at what is referred to as “the end of the fictional 19th Century,” and it focuses on the character Allen Walker, a young exorcist. Allen, along with a team of exorcists known as The Black Order are fighting against a creature known as The Millennium Earl who uses an ancient substance known as Innocence to infect the souls of those who faced major tragedy in their lives and turn them into mechanized, demon-like killing machines known as akuma. The Millenium Earl’s plan is to destroy humanity using these akuma. The akuma also carry the burden of the souls of others within them and it is up to the exorcists to fight them as well as save humanity from the Millennium Earl and the Innocence.

D.Gray-man has a moody and effective animation design with distinct characters. The story is compelling enough to keep fans riveted and invested across the course of its over-one-hundred episodes, once those begin to appear. Each episode is injected with a plethora of action sequences and the story blends the supernatural, the spiritual and the scientific effortlessly. 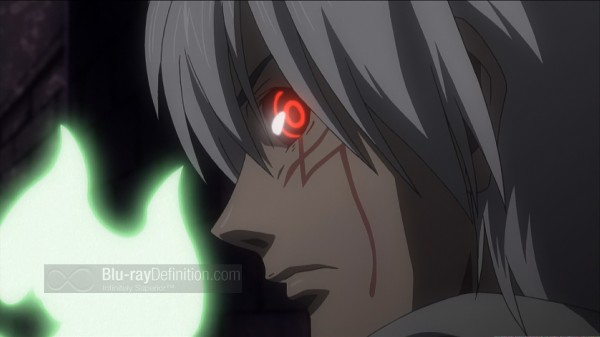 D.Gray-man comes to Blu-ray from Funimation in a 1.78:1 AVC/MPEG-4 1080p encoding plagued with problems. From the beginning the transfer shows issues with motion jaggies around the line art. There is also blocking and posterization in places and an overall softness to the transfer. Color reproduction is strong, with oranges and reds in particular standing out and blues and blacks looking nice and deep. 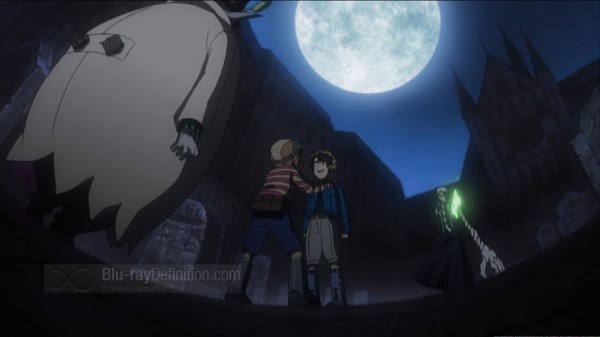 D.Gray-man comes with an English Dolby TrueHD 5.1 lossless soundtrack as its main option and the original Japanese language track provided only in a Dolby Digital 2.0 variation. The TrueHD 5.1 mix is very aggressive and makes full use of all of the channels. There is plenty of low frequency extension and discrete sounds panned through the surrounds. Dynamic range is a bit limited, however, as the mix tends to be very loud all the time, with a constant assault of sounds. Dialogue is clean and manages to stay audible above the fray of sound effects during the most active scenes. 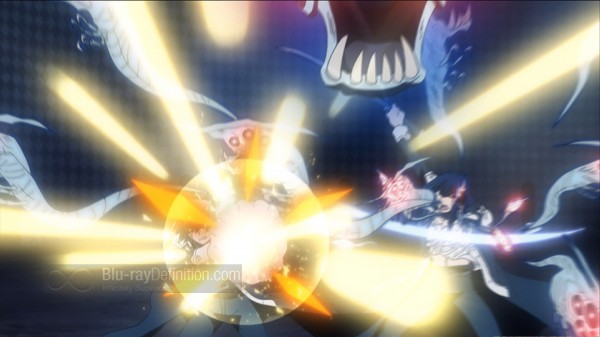 The supplements provided on D.Gray-man are barebones. Across the release’s two discs there are only one commentary, some trailers for more Funimation releases and the opening and closing sequences for D.Gray-man sans the credits. 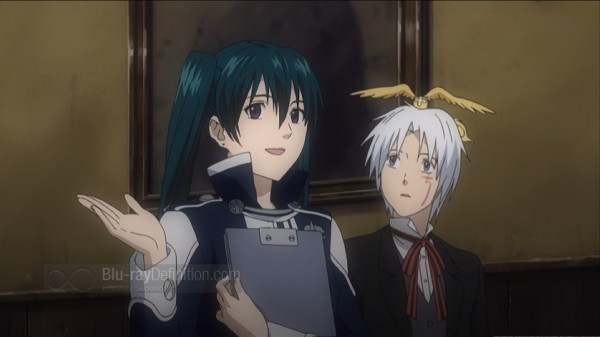 With over 100-episodes in the franchise, this first 13-episodes is a mere teaser. At an SRP of $59.98 it may also be a bit too much of a price for entry given the middling video transfer and barebones extras, but the series definitely gets off to a good start and anyone who likes good anime with a darker orientation should appreciate D.Gray-man.