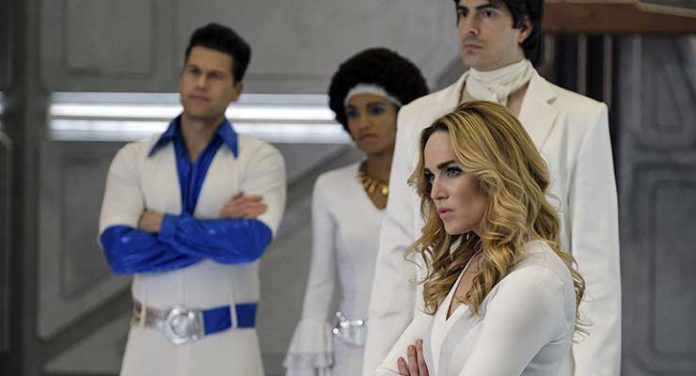 Out of all the DC TV series, this one is the one that takes itself the least seriously. Even when DC’s Legends of Tomorrow: Season 3 gets dark, it does it with a sense of humor, such as when the Legends go back to the 1980s or 1930s Hollywood and come across Helen of Troy.

This season of the series finds itself dealing with some major consequences of time travel. Because the legends broke the rule of never going back to a moment in time they already visited, they fractured the timeline and now must repair anachronisms that are appearing all across time. In one they must avoid the Vietnam War from causing World War III. The season also has the Legends confronting Gorilla Grodd, and contains the epic 4-episode crossover event “Crisis on Earth-X”, with Arrow, The Flash, and Supergirl – all of which are contained in this collection as well.

This proves to be a fun, action-packed season with a few surprises concerning some of the characters we have grown familiar with over the past three years. While DC’s Legends of Tomorrow: Season 3 could hardly be considered a huge leap forward for the series, it maintains an even level of quality and is a fun distraction, sort of the comedic relief of the DC television universe. 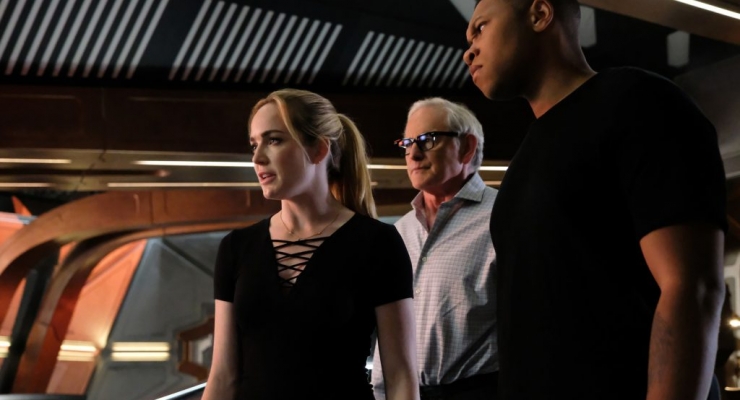 DC’s Legends of Tomorrow: Season 3 hits Blu-ray in an AVC 1080p encodement framed at 1.78:1. The picture is solid, with good detail and vivid colors. There is slight color banding in spots, but not enough to hinder the overall satisfying image.

DC’s Legends of Tomorrow: Season 3 comes to Blu-ray with an English DTS-HD Master Audio 5.1 audio mix. Like the other Warner/DC TV series, the audio is very underwhelming, even for TV standards. Sound effects don’t sound very clear and there aren’t many solid sound effects mixed into the surrounds. There is a lot of ambience, but that’s about it. A Castilian Spanish Dolby Digital 2.0 dub is also included.

This is an average collection of special features for these DC series. The deleted scenes are cool supplements, the Comic-Con panel appears on the other DC CW series from this past season as does the Inside the Crossover featurette. For fans of this series in particular, the featurette The Time Calibrators, will be of the most interest.

DC’s Legends of Tomorrow: Season 3 is a fun season with lots of action. This series is a great popcorn series for DC fans and fans of the DC television universe. The Blu-ray collection is satisfying despite a lackluster audio mix.